Like New Jersey, the NYC Tracking Program analyzed data from a real-time surveillance system of emergency department visits–as well as from Poison Center data– to track health issues after the storm. NYC Tracking staff analyzed data collected in the field to inform factsheets and alerts for health care providers and the public. In addition, the Tracking staff developed maps of high-rise apartment buildings in flooded areas to help responders conduct door-to-door outreach. The maps made it easier for the first responders to assess needs and provide assistance to residents remaining in those buildings.

Heat Waves Cause Illness and Death

Extreme heat events, or heat waves, are the most common cause of weather-related deaths in the United States. Scientists predict that New York City is likely to have more frequent and more severe heat waves in the coming decades due to climate change. Certain populations and neighborhoods are more at risk for severe heat-related illness and death. To protect people from heat waves, public agencies need information about the effects of extreme heat on specific communities and which are most vulnerable.

The NYC Tracking Programexternal icon worked closely with staff from the city’s Climate and Health program, funded by the CDC Climate Ready States and Cities Initiative, to contribute to a city-wide strategic plan to prepare for the effects of climate change. Using tracking data for NYC, they estimated potential health impacts from increasing temperatures during the 2020s if no additional climate adaptation measures are taken by the city. The data showed that there could be 110-260 addi¬tional heat-related deaths and 80-200 heat-related cardiovascular hospital stays each year. The tracking program also established baseline rates of heat-related illness for the city so they can monitor trends over time. They also examined factors that make people more likely to get sick or die from extreme heat—including not having air conditioning at home, social isolation, and poverty status —and mapped those factors across neighborhoods.

NYC tracking program data on potential health impacts of warming temperatures are being used in NYC’s strategic plan for rebuilding and improving climate resilience after Hurricane Sandy. Findings were used in testimony by the City of New York that recommended improvements in the resilience of electric power grids during heat waves, especially in neighborhoods where residents are at higher risk for getting sick or dying during extreme heat events. In response to testimony from NYC, environmental organizations, and scientific experts, the Public Service Commission committed to having the electric utility company plan for and protect the grid from climate change effects, including extreme heat events.

“New York City is in the forefront among cities connecting the dots between extreme heat, climate change, and their effects on health. The efforts of the NYC Health Department Tracking Program working with the CDC’s Climate Ready States and Cities Initiative have made NYC a leader in actively linking information on environmental threats being fueled by climate change with data on what’s happening day to day with public health here in the Big Apple.”

Each fall NYC sees a large increase in hospital stays and in emergency department visits for asthma, especially among children. Illness rates in the fall can be three times higher than rates during the summer. Possible reasons include infections among children returning to school, seasonal pollen, and cooler weather.

Every year the media reports on fires and explosions triggered by indoor pesticide foggers, also known as “bug bombs.” Yet little information is available about the type and number of bug bomb-related injuries and health effects.

The NYC Tracking Program studied short-term bug bomb related health effects and injuries. After reviewing available national and local data, the NYC tracking program and partners published the results. The report included many kinds of bug bomb injuries and illnesses: severe irritation of the eyes and throat, nausea, and shortness of breath. In NYC, people using bug bombs in large, multi-unit apartment buildings without telling their neighbors caused many of these events. NYC Tracking Program studies showed that people living in low-income neighborhoods are more likely to use bug bombs and sprays rather than safer choices like bait stations or gels.

This information led the Health Department, in conjunction with the NY State Department of Environmental Conservation, to pursue restricting bug bombs to the public. In New York, these devices would only be available for purchase and use by licensed pest control professionals. NYC has also encouraged the U.S. Environmental Protection Agency to restrict nationwide the use of total-release foggers. 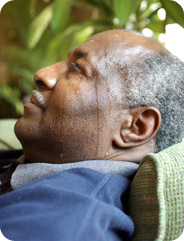 On average, heat waves cause more deaths than other natural disasters in the United States. Because of climate change, natural disasters are likely to get worse and happen more often. Public health guidance for heat wave response will require better information on how summertime heat relates to health.

NYC Tracking staff analyzed the number of illnesses and deaths related to NYC weather. They also looked at individual and neighborhood factors such as poverty and the proportion of seniors without access to air conditioning. NYC Tracking staff found that their heat advisories needed to include information on cooler, but still potentially dangerous heat waves.

Following the lead of the tracking program, NYC government has taken several actions to protect public health during heat waves. One example is an agreement with the City’s Office of Emergency Management and the National Weather Service to revise definitions for heat advisories and for emergency response. 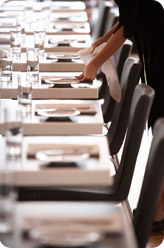 Foodborne illness is a common, costly—yet preventable—public health problem across the United States. The New York City (NYC) Tracking program estimated that foodborne illnesses in the city are responsible for

NYC’s Tracking Program shared this information with the NYC Board of Health. The Board of Health used the data to revise the health code to require that all restaurants post letter grades of A, B, or C in public view. The letter grades show how well or poorly a restaurant was rated during sanitary inspections. The goal of this new rule is to provide diners with easy-to-read information about the safety of their food and to motivate restaurants to maintain good food-safety practices.

Now NYC diners can make informed decisions about which restaurants to choose. A survey conducted in July 2011, and repeated in February 2012, showed that 90% of all New Yorkers approve of grade posting and most of them consider grades when deciding where to eat. The inspection grading system was designed to encourage restaurants to improve their food-safety practices rapidly. If a restaurant does not receive an A on its initial inspection, the Health Department conducts a surprise second inspection about a month later. The tracking program evaluated this approach and found that restaurants greatly improved their food-safety practices between the first and second inspections. Preliminary reports also suggest that reported Salmonella cases in NYC are down.

NYC’s Tracking Program studied PM2.5 pollution and found that the highest levels were in parts of the city with the highest number of residual oil-burning boilers. The tracking program used methods developed by the U.S. Environmental Protection Agency to estimate the effects of PM2.5 exposure on the numbers of deaths, hospital stays, and emergency department visits in NYC. The tracking program showed that many hospital visits and deaths could be prevented by reducing the PM2.5 levels by phasing out residual heating-oil use in the city.

NYC leaders used the tracking program’s findings to support a local law that was enacted in 2010 and new regulations that were finalized in 2011 to begin reducing and ultimately phase out the use of residual oil in NYC by the year 2030. The tracking program estimated that, when fully implemented, this law will prevent about 200 deaths caused by PM2.5 exposure in NYC each year.

Carbon monoxide (CO) poisoning is a serious but preventable environmental health threat. In 2004, New York City (NYC) enacted the Carbon Monoxide Alarm Law requiring building owners to provide CO alarms in all residential and many public buildings. CO alarms, like smoke alarms, have a short lifespan of a few years and need to be replaced when they expire. In November 2011, the Mayor’s Office and NY City Council proposed an amendment to the local law to address this issue and requested data related to CO poisoning from the NYC Health Department.

NYC’s Tracking Program provided a report to the Mayor’s office detailing the CO poisoning and incident information from the NYC Tracking Network. The report showed that shortly after the 2004 law went into effect, the Fire Department of New York (FDNY) investigated five times more CO hazards than before because more of the residents had CO alarms to detect the hazards. The report included a neighborhood map showing the reported CO hazards that FDNY investigated; more CO hazards occurred in low-income areas than in other areas. The report also included a graph showing that when residents more frequently reported using back-up heat sources, such as kitchen stoves, overnight there were higher rates of CO incidents in the neighborhood.

The City Council passed the amendment to the NYC Carbon Monoxide Alarm Law in December 2011. The law continues to require that all new CO alarms comply with UL 2034, the Standard for Safety of Single and Multiple Station Carbon Monoxide Alarms, which requires audible alerts when the alarm expires. Under the amendment, building owners and home owners are responsible for quickly replacing expired CO alarms.