Lyme Disease Cases on the Rise in Maine

Residents and local government leaders often requested that the Maine Center for Disease Control (MCDC) provide Lyme disease case information specific to their county. MCDC had been responding to these requests one at a time. In an effort to respond to requests more efficiently, the Maine Tracking Program collaborated with the Division of Infectious Disease to include Lyme disease data on Maine’s tracking network. The Tracking program then widely publicized the availability of the Lyme disease data to the public, health professionals and local officials.

More than half of all Maine homes rely on private wells for drinking water. Many wells have levels of arsenic, uranium, or other chemicals that can cause serious health effects such as cancer or low birth weight. These contaminants can only be detected through laboratory testing. Private well owners are responsible for testing their own water and correcting any problems.

For the first time, the Maine Tracking Programexternal icon is displaying town-level measures for six potentially hazardous substances on its website. Users can view data from more than 11,000 well water tests and the percentage of homes that have tested their wells. Also, users can create reports such as the percentage of wells in a specific area with contaminant levels that exceed Maine’s health-based maximum exposure guidelines. While everyone who gets drinking water from a private well should regularly test the water, these data highlight areas where residents may be at higher risk for exposure to harmful chemicals.

“The Maine Tracking Network is the only source for private well water data for the town-level. It’s a great resource to help us focus our outreach to the towns that need it the most.”

Educating Residents about a New Risk for Carbon Monoxide Poisoning 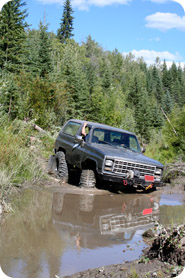 In May 2012, three adults died from carbon monoxide (CO) poisoning after their off-roading vehicle became stuck in a mudbog in central Maine. While CO poisoning has long been a public health concern in Maine, off-roading was not among the list of potentially risky activities included in the state health department’s public education efforts about preventing CO poisoning.

Immediately responding to the deaths, Maine Tracking Program staff used data from their case-based CO poisoning surveillance system to identify a similar event that occurred in 2010. Using information about the two events, the tracking program identified off-roading as a more significant risk for CO poisoning than previously thought. Within a day of the 2012 deaths, tracking staff began educating reporters about CO poisoning, providing them guidance about preventing CO poisoning while off-roading to include in the ongoing news coverage of the deaths.

The number of newly identified cases of childhood lead poisoning in Maine has decreased steadily over the last five years. But lead poisoning continues to threaten children’s health and development. To continue reducing the number of cases of lead poisoning, the Maine Childhood Lead Poisoning Prevention Program needed to understand more about the state’s at risk children.

The Maine Tracking Program used geo-coding and mapping to analyze childhood lead poisoning data. This fresh look at an old problem shed light on some previously unknown critical risk factors. For example, the new analysis revealed that 40% of all childhood lead poisonings occur in just five urban areas. Further probing showed that within those five urban areas, more than 80% of lead-poisoned children lived in rental housing. Data from the U.S. Census Bureau then allowed the tracking program to look by census blocks at the percentage of houses built before 1950. This revealed streets and whole neighborhoods where children were most at risk.

The Maine Tracking Program gave the Childhood Lead Poisoning Prevention Program an advanced understanding of lead poisoning distribution throughout the state. Childhood Lead Poisoning Prevention could now shift resources where they were most needed. Community groups in the five urban areas where 40% of childhood lead poisonings occur could now receive contracts from the Maine CDC for targeted prevention activities in their communities. The contracts help to educate local landlords and tenants about the dangers of lead paint dust and help landlords test their units for lead dust. After just one year of targeted outreach, about 240 rental units were tested for lead dust. Landlords whose units tested high for lead dust were given support or were enrolled in the Lead Hazard Control Program. The Maine Tracking Program has been critical in helping prevent lead poisoning in Maine children. 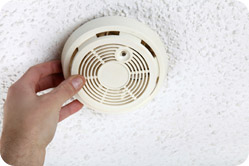 Every year, an estimated 15,200 people seek medical care in an emergency department or miss at least one day of work due to exposure to carbon monoxide(CO) in the U.S. Correctly installing, maintaining, and operating carbon monoxide-emitting devices and appropriately using carbon monoxide detectors can help prevent CO poisoning. Even though no national surveillance system exists for acute CO poisoning, a body of literature describes excess cases of CO poisoning due to power outages from storms, floods, and hurricanes. However, Maine did not have an active tracking system capable of identifying risk factors for CO poisoning.

The tracking program developed a state-wide surveillance system for CO poisoning. This system uses multiple data sources as well as geographic information to identify groups at a higher risk for potential exposure. In addition, tracking staff developed a module for the state’s Behavioral Risk Factor Surveillance System that allows them to track CO detector use. Tracking staff were able to amend the mandates for the Maine CDC’s public health activities to make environmentally related health conditions reportable. In 2008, CO poisoning became the first condition to be included under this mandate.

With data from the CO poisoning surveillance system, the Maine Tracking Program found that almost every case of CO poisoning in the state was associated with not having a CO detector. These data led to new legislation requiring CO detectors in all rental units and in single family homes when there is an addition or renovation and whenever a property is sold.

The law went into effect in September 2009, and the Maine Tracking Network is working to measure the effect of the law on CO poisoning prevention.

Tracking the effect of outdoor air quality on health 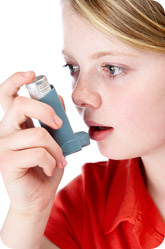 Asthma is one of the most common and costly illnesses in the United States. Maine has one of the highest rates of asthma in the country. About 130,000 Mainers–including 28,000 children–have asthma. Put another way, about one in 10 children and adults in Maine have asthma. Maine often has elevated levels of ozone and particulate matter. People are understandably concerned about the effects of ozone on asthma. Ozone is a main ingredient in smog. At ground level, ozone can be a health risk. Studies have shown that as ozone levels increase, asthma-related hospital stays and emergency department visits tend also to increase.

The tracking program has analyzed the association between asthma and outdoor air quality. The health department has used this information to identify Mainers at high risk. Asthma has no cure, but it can be controlled. Learning about this association has helped the Maine Tracking Program provide information to health care professionals. They can now target people who are at risk and can share prevention tips.