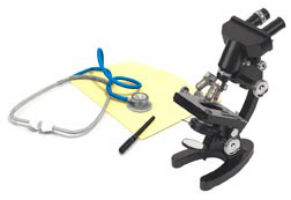 While von Willebrand disease (VWD) affects both men and women, this condition poses unique problems for women because of the impact the disorder can have on their reproductive health and quality of life. Current data estimate that as many as 1% of women in the United States may have VWD and many are unaware of their condition.1,2

Women with VWD can experience complications, such as heavy menstrual bleeding (called menorrhagia) and bleeding after pregnancy that can affect their overall health. CDC collaborates with public and private organizations in conducting research to better understand bleeding disorders such as VWD affecting women and girls.

A lack of information about bleeding disorders is a serious public health concern. To address this, in 2010 the CDC and the National Hemophilia Foundation (NHF) engaged Harris Interactive to conduct a national web-based survey to assess the knowledge, attitudes, and health behaviors about the menstrual experiences of young women 18 through 25 years of age. The objective of this survey was to learn more about young women’s knowledge and views about menstrual experiences within personal, self-care, work, home, and social environments.The findings show that one in five women was unsure of how to define a bleeding disorder. Fewer than half of the young women surveyed recognized that periods lasting more than seven days or a diagnosis of anemia should be cause for concern to discuss with a doctor. Young women lack sufficient knowledge about the symptoms of bleeding disorders and are in need of more information. These survey findings will help CDC and NHF determine effective and innovative ways to reach and inform young women about bleeding disorders and encourage them to talk with their doctor about heavy menstrual periods. Discussions with healthcare providers may lead to an early diagnosis of a bleeding disorder such as von Willebrand disease, a disorder in which the blood does not clot properly.

Menorrhagia (heavy menstrual bleeding) is a common clinical problem among women. The underlying cause is not identified in 50% of cases; therefore, women might have undiagnosed VWD or another blood disorder. The majority of women with uncontrolled menorrhagia undergo a hysterectomy or other surgical procedures to relieve excessive bleeding. In this study, two noninvasive therapies―desmospressin and tranexamic acid―were compared. Both therapies were found to (1) reduce menstrual blood loss, and (2) improve the quality of life for women who had menorrhagia and abnormal laboratory findings. However, tranexamic acid was shown to have a greater effect. 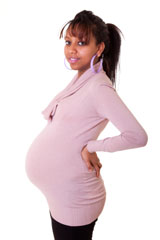 Postpartum hemorrhage (PPH), which is severe bleeding by the mother after delivery, is a significant public health problem and the leading cause of death among women during childbirth. Women with VWD are more likely to experience PPH and are 10 times more likely to die from childbirth complications than women without VWD.5 Through proper diagnosis and management of a bleeding disorder during pregnancy, potentially fatal complications can be prevented. CDC is conducting research to learn more about improving the health outcomes of women with bleeding disorders. The goals of this research include:

Study on Bleeding During Early Pregnancy

Referring women who have unexplained menorrhagia (heavy menstrual bleeding) for testing to determine if they have a bleeding disorder is challenging from the perspectives of public health and cost. Justifying a recommendation for testing all women who have menorrhagia is difficult because most women tested will not have a bleeding disorder. From a financial perspective, these tests are expensive so this approach would be costly. To help address this issue, CDC funded research to develop an eight-question screening tool to help identify women who would be most likely to benefit from the testing.6

These questions were used to produce a fact sheet. pdf icon[243 KB / 2 pages]