In the United States, 1,300 babies are born healthy each year because of folic acid fortification.1 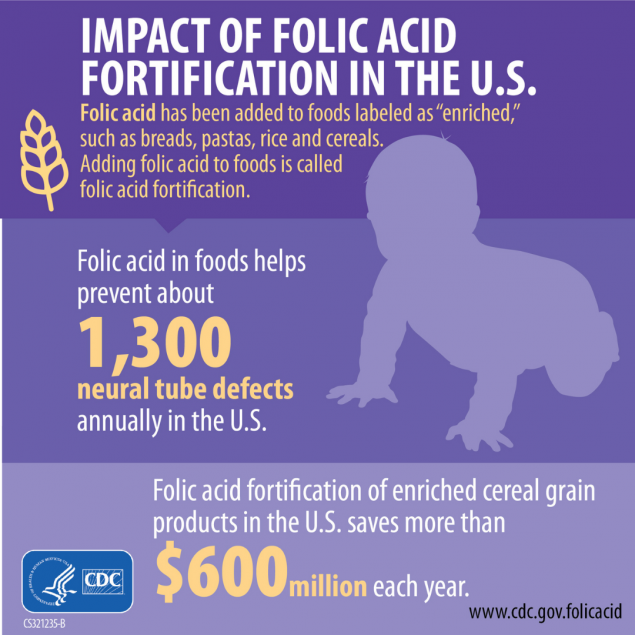 Neural tube defects affect some groups of people more than others 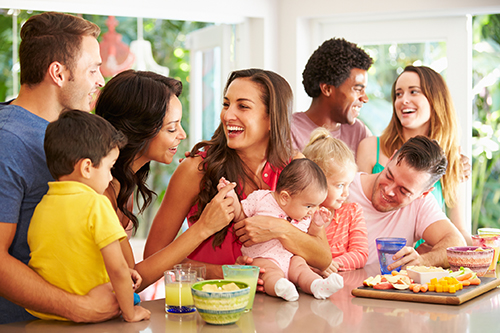 Learn more about lowering the chance of neural tube defects>>

To help more women in the United States, specifically Hispanics/Latinas, get the recommended daily value of folic acid, the U.S. Food and Drug Administration allowed folic acid to be added voluntarily to corn masa flour.11 This is voluntary fortification.

Data from 2017–2018 have shown that this voluntary fortification with folic acid has not yet had an impact on the folate status among Hispanic women of reproductive age in the United States. It is important to check the nutrition label on food packaging to see if it contains folic acid, as corn masa flours may or may not contain folic acid.

Daily multivitamin use among women of reproductive age has declined

From 2006 to 2016, daily multivitamin use declined among women of reproductive age in the United States.12 [Read the Key Findings]

Specifically, daily multivitamin use declined over time among

In general, women aged 18–24 years reported the lowest daily multivitamin use, compared with women in the other age groups.

Women should eat a balanced diet rich in folate from food. Foods like leafy, green vegetables, citrus fruits, and beans have folate in them. However, it is very difficult for most women to get the daily recommended amount of folate through food alone (see Table 2: http://ods.od.nih.gov/factsheets/Folate-HealthProfessional).

In addition to eating foods with folate from a varied diet, women can get the recommended 400 micrograms (mcg) of folic acid by

A CDC study found that about half of U.S. women report enriched cereal grain products, like breads and pastas labeled as ‘enriched’, as their only source of folic acid.3 Consuming folic acid from a combination of sources like supplements and fortified foods

How much do you know about folic acid? Try your hand at this quiz.