Project to Learn About ADHD in Youth (PLAY)

The Project to Learn About ADHD in Youth (PLAY) study was designed to better understand the public health impact of ADHD, including

Learn about the PLAY study methods on this page. 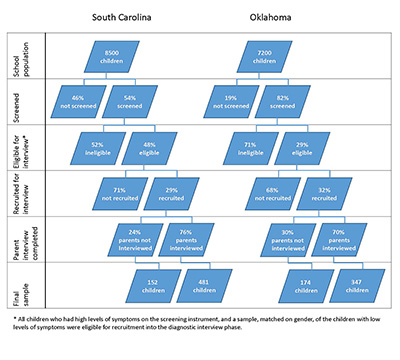 The study included children in these two communities from six school districts with diverse populations from varied geographical settings. Because the study population was drawn from a school-based sample and followed through multiple waves of data collection, it provided information on ADHD symptoms and diagnosis in communities and children’s development over time.

The baseline study conducted between 2002 and 2006 included a 2-step screening process. First, teachers and parents of over 10,000 public school elementary students (kindergarten through 6th grade) in the selected school districts were asked about signs and symptoms of ADHD in these children. Next, students with a high number of indicators from that screening who were considered high risk for ADHD were invited for an in-depth assessment. Similarly, a subset of students with a low number of indicators who were considered low risk for ADHD were selected as a comparison group and invited for in-depth assessment.

The students identified at the baseline assessment were invited to participate in additional studies over time as they progressed into middle and high school. The purpose was to track how children diagnosed with ADHD or likely to have ADHD changed and developed over time, and what role ADHD played in this development over time. This study was different from many other studies of children diagnosed with ADHD because it included children from the community—not enrolled through clinic visits—so as to get the most comprehensive picture of the full spectrum of children with ADHD.

1 The ADHD treatment questionnaire and updates to Events and Demographics were also collected quarterly
2 These data were collected in 2 districts only, for an additional study on tic disorders
3 For participants who did not attend Wave 1, this was administered at the first subsequent visit

Note: For the baseline, both sites collected a core set of measures but also added site-specific measures of interest. For the two waves of follow-up, sites chose to use very similar assessment protocols. South Carolina was able to conduct two additional waves of information collection. 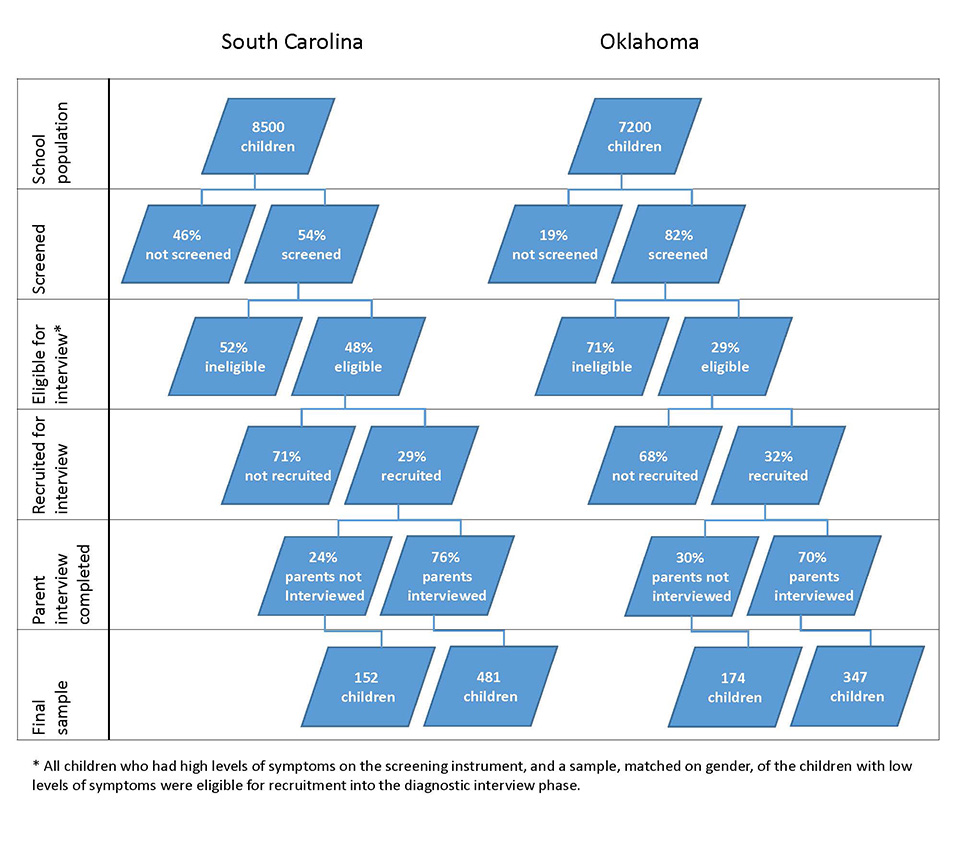