How US children are diagnosed with Attention-Deficit/Hyperactivity Disorder 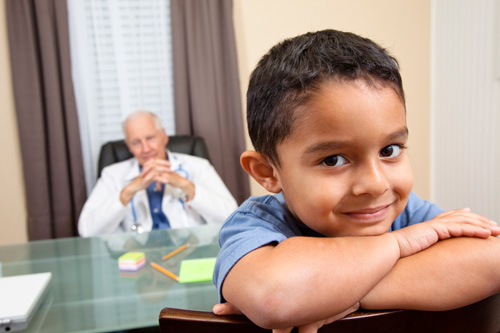 CDC researchers have published a National Health Statistics Report, Diagnostic Experiences of Children with Attention-Deficit/Hyperactivity Disorder. It was the first national study presenting greater detail on how ADHD diagnoses take place among a representative sample of children who have ADHD, as described by their parents. Findings from this report can be compared to American Academy of Pediatrics’ (AAP) clinical practice guidelines for ADHD, which recommend using standardized rating scales to diagnose ADHD and information from multiple sources (parents, teachers, other family members, etc.).

CDC researchers found from parent reports that about half of children were diagnosed by a primary care physician, behavior rating scales were used for 9 in 10 children to assess for ADHD, and about 8 in 10 diagnoses incorporated information from an adult other than a family member.

This is important information for healthcare providers, public health officials, and researchers who seek to determine how closely current practice matches with best practice for diagnosing ADHD. These findings provided more information on who is diagnosing ADHD and described some of the features of those initial diagnostic visits. The estimates suggested that physicians who diagnose ADHD are largely using two recommended practices—behavior rating scales and incorporating feedback from adults other than family members—in their diagnosis of ADHD in children. This information also informed further efforts to make sure that the diagnosis of ADHD reflects best practice recommendations.

Researchers used data from the 2014 National Survey of the Diagnosis and Treatment of ADHD and Tourette Syndrome (NS-DATA)–a follow-up survey of the 2011-2012 National Survey of Children’s Health (NSCH). The NSCH examined health and well-being among children in the United States. The NS-DATA survey was conducted in 2014 to collect additional information about the diagnosis and treatment of ADHD and/or Tourette syndrome (TS) from parents who had previously reported that their child had ADHD or TS. Parents were asked whether they had ever been told that their child had ADHD and at what age; the type of healthcare professional who made the diagnosis; the first person who was concerned about the child’s behavior; the methods used to assess for ADHD; and whether information was sought from other individuals about the child and from whom (e.g. teachers, coaches, childcare providers, other family members etc.).

CDC also conducts community-based studies to better understand the impact of ADHD and other mental and behavioral health conditions on children and families living with these conditions. The Project to Learn about Youth – Mental Health (PLAY-MH) has been implemented in four community sites to help us better understand ADHD, Tourette syndrome, and other mental and behavioral disorders, as well as the needs of children and families affected by these conditions.

CDC supports the National Resource Center on ADHD, a program of Children and Adults with Attention-Deficit/Hyperactivity Disorder (CHADD), which is a Public Health Practice and Resource Center. Their web site (http://www.help4adhd.org/NRC.aspx) has information based on the best and most current medical evidence about the care for people with ADHD and their families. The National Resource Center operates a call center with trained staff to answer questions about ADHD. Their phone number is 1-800-233-4050.