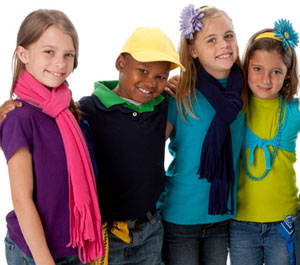 The Journal of Attention Disorders has published a study: “Persistence of Parent-Reported Attention-Deficit/Hyperactivity Disorder Symptoms from Childhood through Adolescence in a Community Sample.” Researchers from CDC and the University of South Carolina used information from the Project to Learn about ADHD in Youth (PLAY) to learn more about the symptoms and the course of Attention-Deficit/Hyperactivity Disorder (ADHD) symptoms in children. The study found that as children got older, parents reported fewer ADHD symptoms of hyperactivity and impulsivity (for example, fidgeting, interrupting), but continued to report inattentive symptoms (for example, being forgetful or easily distracted) into adolescence. Therefore, families living with ADHD and clinicians should be aware that certain ADHD symptoms can often last into adolescence. Learn about the main findings from the research.

Main Finding from this Study

What was the goal of this study?

This study looked at PLAY data from parents who reported that their children had certain symptoms of ADHD (inattention and hyperactivity or impulsivity) to learn whether the ADHD symptoms persist from early childhood through late adolescence.

What were the study results? 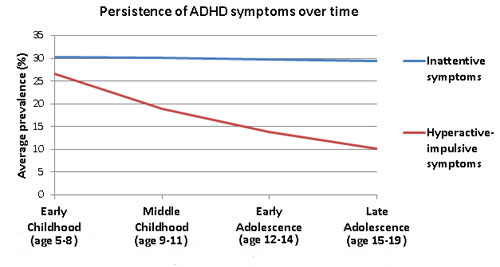 As other studies have shown, more boys had ADHD symptoms than girls. However, this study was able to show that over time, the number of symptoms appears to be steady for both boys and girls. That is, girls who had a number of symptoms when they were young were as likely as boys to continue to have those symptoms after they became teenagers.

What are the implications for children with ADHD?

CDC also conducts community-based studies to better understand the impact of ADHD and other mental and behavioral health conditions. The Project to Learn about ADHD in Youth (PLAY) study methods have been implemented in four community sites. Information from the PLAY study helps us better understand ADHD and other mental and behavioral disorders, as well as the needs of children and families living with these conditions.

CDC supports the National Resource Center on ADHD, a program of Children and Adults with Attention-Deficit/Hyperactivity Disorder (CHADD), which is a Public Health Practice and Resource Center. Their web site (http://www.help4adhd.org/NRC.aspx) has information based on the best medical evidence about the care for people with ADHD and their families. The National Resource Center operates a call center with trained, bilingual staff to answer questions about ADHD. Their phone number is 1-800-233-4050.

To learn more about ADHD and CDC’s work in the area of ADHD, please visit https://www.cdc.gov/adhd