The Prevalence of Attention-Deficit/Hyperactivity Disorder: Its Diagnosis and Treatment in a Community Based Epidemologic Study 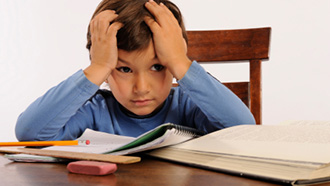 CDC’s National Center on Birth Defects and Developmental Disabilities (NCBDDD) funded one of the largest community-based, epidemiologic studies of ADHD in the United States to enhance our understanding of ADHD in children and to make the most informed decisions and recommendations about potential public health prevention and intervention strategies.

To that end, researchers from the CDC, the University of Oklahoma Health Sciences Center, and the University of South Carolina used data from the multisite Project to Learn about ADHD in Youth (PLAY) to examine the prevalence and treatment of ADHD in two communities. The results were published in the Journal of Attention Disorders1.

Learn about the main findings from this article.

This article from the PLAY study presents information about the rates of ADHD and treatment for ADHD in two diverse communities in South Carolina and Oklahoma. Teachers from four school districts in the two states screened over 10,000 elementary school-aged children for ADHD. Ultimately, 855 families participated in an interview that used a single, rigorous DSM-IV-based case definition to identify children who met the study’s ADHD case definition at the time of the interview.

These findings highlight the need for consistent application of ADHD criteria when assessing a child for ADHD. Parents and health care practitioners, together, should also revisit treatment plans regularly to make sure they are appropriate.

ADHD is the most common neurobehavioral disorder of childhood. It is usually first diagnosed in childhood and often lasts into adulthood. ADHD causes problems in how well children do in school, in their ability to make and keep friends, and in their ability to function in society.

A previous national survey of parents found that 7.2% of school-aged children in the U.S. (4.1 million children) had a current ADHD diagnosis in 2007, and rates have increased throughout the past decade2,3. Community-based studies, such as PLAY, are an important complement to analyses of parent-reported survey data, as they allow for the assessment of ADHD regardless of a child’s access to care.

The American Academy of Pediatrics provided clinical practice guidelines in 2011 that provide evidence-based recommendations for the diagnosis and treatment of children with ADHD4. In most cases, ADHD is best treated with a combination of medication and behavior therapy. No single treatment is the answer for every child and good treatment plans will include close monitoring, follow-up, and take into account any changes needed along the way.

CDC conducts community-based studies to better understand the impact of ADHD and other mental and behavioral health conditions. The Project to Learn about ADHD in Youth (PLAY) study methods have been implemented in four community sites. Information from the PLAY study helps us better understand ADHD and other mental and behavioral disorders, as well as the needs of children and families living with these conditions.

CDC monitors the prevalence of disruptive behavioral disorders and ADHD, in particular, through the use of national survey data. The estimates that result from these monitoring activities have been used to assess the impact of the disorder over time and have been used to inform investigations of adverse events among children medicated for ADHD.