This fact sheet contains information on the HIV surveillance systems that DHP currently supports. The data inform and guide the critical decisions that ensure HIV prevention funds are directed to those populations most affected by the disease.

In 1981, CDC first reported cases of a rare pneumonia in young gay men. This condition was subsequently determined to be acquired immunodeficiency syndrome (AIDS), which was a result of infection with the human immunodeficiency virus (HIV). AIDS reporting started in 1981; by 1986, all 50 states, the District of Columbia, and several US dependent areas had implemented AIDS case reporting. Beginning in 1985, many states implemented HIV case reporting as part of an integrated HIV and AIDS surveillance system. As of 2008, all states had implemented confidential, name-based HIV infection reporting. Beginning in 2013, CDC began referring to AIDS as HIV infection, stage 3 (AIDS) in all HIV surveillance products. 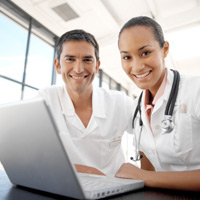 Using a uniform surveillance case definition and report form, all 50 states, the District of Columbia, and 6 US dependent areas (American Samoa, Guam, Northern Mariana Islands, Puerto Rico, Republic of Palau, and the U.S. Virgin Islands) report confirmed diagnoses of HIV infection and infection classified as stage 3 (AIDS) to CDC. Case reports from these jurisdictions are sent to CDC after personal identifying information is removed.

How this surveillance contributes to HIV prevention:
Case surveillance data provide the basis for our understanding of the burden of disease and are used to guide public health action at the federal, state, and local levels. Knowing how many people are diagnosed with HIV infection each year—and the stage of disease at diagnosis—is important for planning and resource allocation and for monitoring trends and disparities between groups. Laboratory data (e.g., viral load and CD4 counts) are essential for monitoring whether people are receiving the vital HIV medical care services they need to live long, healthy lives and reduce transmission to others. With these data, state and local level staff can identify people with HIV who may not be receiving care and help them to return to care. 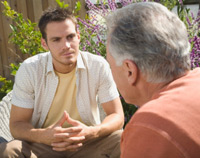 Process:
MMP uses a 2-stage sampling design to select an appropriate sample of persons from which locally and nationally representative data can be derived. The first stage is selecting geographic areas to participate.  The second stage is selecting adults diagnosed with HIV within those participating project areas.  Approximately 10,900 persons are sampled annually. Trained MMP interviewers and abstractors collect data through interviews and medical record abstraction.

Which jurisdictions participate:
Since 2009, 23 jurisdictions have conducted MMP activities3. The MMP jurisdictions include over 70% of the total cases of HIV infection and AIDS in the United States.

What data are collected:
The 45-minute interview includes questions about demographics (i.e., gender, age, and health insurance or medical coverage), access to care, HIV treatment and adherence to medications, drug and alcohol use, sexual behavior, met and unmet needs for social services, and receipt of prevention counseling in a clinical setting. MMP abstractors then collect additional information on clinical outcomes, prescription of antiretroviral therapy, and other health care services provided from patients’ medical charts.

How this surveillance contributes to HIV prevention:
MMP data provide national estimates of the clinical and behavioral characteristics of HIV-diagnosed adults.  Examples of data provided by MMP include sexual behavior, prescription of antiretroviral medications, measures of care utilization, and viral suppression among persons living with HIV. Prevention planning groups, policy leaders, health care providers, and people living with HIV infection can use the data to inform HIV prevention activities, highlight disparities in care and services, identify unmet needs, and evaluate services. The data are also used to guide policy and funding decisions aimed at reducing the spread of HIV and improving the quality of care for people living with HIV infection throughout the United States.

In 2003, CDC created NHBS for conducting behavioral surveillance among persons at high risk for HIV infection.

Process:
Surveillance is conducted in rotating annual cycles in three different populations at high risk for HIV: men who have sex with men (MSM), injection drug users (IDUs), and heterosexuals at increased risk for HIV infection (HET). Before each NHBS cycle, formative research is conducted to learn more about the populations and collect data to help with sampling procedures. MSM are sampled using venue-based, time-space sampling methods. Health department staff members first identify venues frequented by MSM (e.g., bars, clubs, and organizations) and days and times when men frequent those venues. Venues (and specific day/time periods) for recruitment are chosen randomly each month. IDUs and heterosexuals are recruited using respondent-driven sampling, a type of chain referral sampling. Health department staff members select a small number of initial participants, or “seeds”, who complete the survey and recruit their peers to participate. Recruitment and interviewing continue until the target sample size is reached.

Trained interviewers in all NHBS jurisdictions use a standardized anonymous questionnaire to collect information on HIV-related risk behaviors, HIV testing, and use of HIV prevention services. HIV testing is also offered to all participants. During each cycle, a minimum of 450 (for heterosexuals) to 500 (for MSM and IDUs) eligible persons from each participating jurisdiction are interviewed and tested for HIV infection. The first full round of NHBS, which comprised all three cycles (MSM, IDU, and HET), was conducted during 2003–2007. The second round was conducted during 2008–2010 and the third round was conducted during 2011-2013. The fourth round began in January 2014.

Findings from NHBS have been published in several issues of CDC’s Morbidity and Mortality Weekly Report (MMWR).

How this surveillance contributes to HIV prevention:
NHBS data are used to provide a behavioral context for trends seen in HIV surveillance data. They also describe populations at increased risk for HIV infection and thus provide an indication of the leading edge of the epidemic. Through systematic surveillance in groups at high risk for HIV infection, NHBS is critical for monitoring the impact of the National HIV/AIDS Strategy, which focuses on decreasing HIV incidence, improving linkage to care, and reducing disparities.