HIV tests have improved substantially over the years, and are now easier and less expensive, with a more rapid turnaround time for results.1

Following an exposure that leads to HIV infection, the amount of time during which no existing diagnostic test is capable of detecting HIV is called the eclipse period.2

The time between potential HIV exposure and an accurate test result is referred to as the window period. Improvements in testing technology continue to reduce the detection window period, and, therefore, the time to diagnosis and treatment of early HIV infection. As seen in the figure, each type of HIV test has its own testing window, with the NAT capable of detecting HIV the earliest, followed by the antigen/antibody combination test, and lastly, the antibody test. 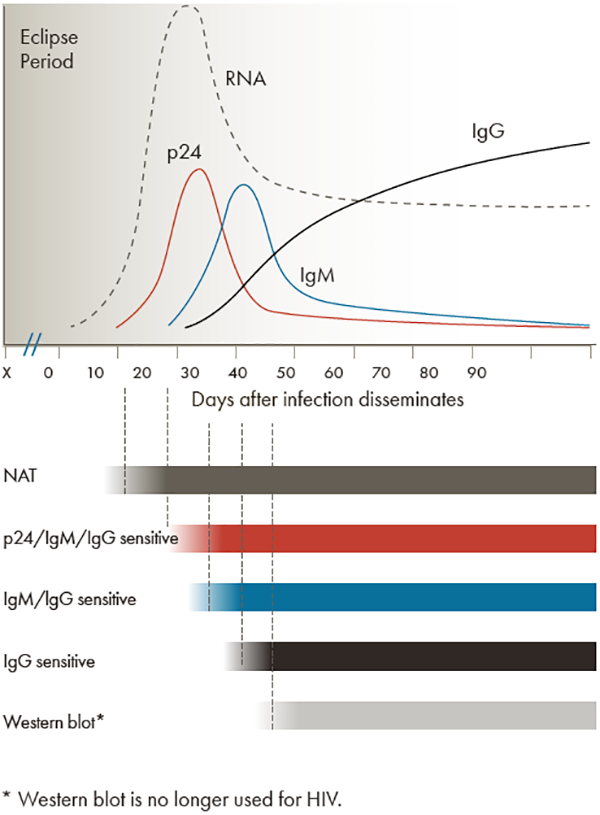