HIV Testing. Linkage to Care. The Time Is Now.

An estimated 1.1 million people in the United States have the human immunodeficiency virus (HIV), and approximately 1 in 7 (nearly 15%) are unaware of their status. About 40% of new HIV infections are transmitted by people undiagnosed and unaware they have HIV.

Primary care providers (PCPs) are the front line for detecting and preventing the spread of HIV. The Centers for Disease Control and Prevention (CDC) is asking PCPs to2:

Despite seeing a PCP, many people at high risk* for HIV are not getting tested every year.4 More than 75% of patients at high risk for HIV who saw a PCP in the last year weren’t offered an HIV test4 during their visit.

*Persons likely to be at high risk include: PWID and their sex partners, persons who exchange sex for money or drugs, sex partners of persons with HIV infection, and MSM or heterosexual persons who themselves or whose sex partners have had more than one sex partner since their most recent HIV test.

Learn more about benefits of early ART and HIV Treatment and Care.

People with HIV who are aware of their status should be prescribed ART and, by achieving and maintaining an undetectable (<200 copies/mL) viral load, can remain healthy for many years.5 ART is now recommended for all people with HIV, regardless of CD4 count.6 Studies show that the sooner people start treatment after diagnosis, the more they benefit from ART. Early diagnosis followed by prompt

Learn more about the benefits of achieving and maintaining an undetectable viral load.

How Often Should Patients be Screened?

The CDC recommends that individuals between the ages of 13 to 64 get tested for HIV at least once as part of routine health care and that those with risk factors get tested more frequently. Patients who may be at high risk for HIV should be screened at least annually 2, 9:

Routine HIV Screening is endorsed by: 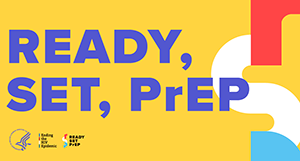