These germs can cause a variety of illnesses in people, ranging from minor skin infections to serious illnesses that could cause death. One of the best ways to protect yourself from getting sick is to wash your hands thoroughly right after touching poultry or anything in the area where they live and roam.

Whether you are building your first coop or are a seasoned backyard poultry owner, you should know the risks of keeping poultry and the simple things you can do to stay safe.

Follow the Healthy People and Healthy Poultry tips to keep yourself and your flock healthy.

Read below to learn about diseases that can be spread by poultry and visit the Healthy People section to learn about staying healthy around backyard poultry.

Who is at risk: It is rare for avian flu to spread to people. Anyone can get the flu, but children younger than 5 years old, pregnant people, adults 65 and older, and people with weakened immune systems are at high risk for serious flu complications.

People who work closely with large numbers of birds, such as producers, are more likely to get bird flu if their animals are infected.

Signs in poultry: Birds can be infected with flu viruses without showing symptoms. Signs that poultry may be infected range from decreased egg production to extremely high death rates.

Symptoms in people: People infected with avian flu viruses can have symptoms similar to the human seasonal flu, such as fever, fatigue, lack of appetite, and coughing. They may also have red eyes, nausea, abdominal pain, diarrhea, and vomiting. Some people can have serious flu complications, including inflammation of the heart (myocarditis), brain (encephalitis), or muscle (myositis, rhabdomyolysis) tissues, and multi-organ failure (for example, respiratory and kidney failure).

Campylobacter are bacteria that can make people and animals sick with a disease called campylobacteriosis.

How it spreads: Campylobacter most often spread to animals and people through the feces (poop) of infected animals, contaminated food, or the environment. People can get infected if they don’t wash their hands after touching an animal or its poop, food, toys, habitats (including coops, pens, and cages), or equipment used around these animals.

Who is at risk: Anyone can get a Campylobacter infection, but children younger than 5 years old, adults 65 and older, and people with weakened immune systems are more likely to get severe illness.

Signs in poultry: Poultry usually don’t show signs of Campylobacter infection. Even if they look healthy and clean, poultry can still spread the bacteria to people.

Symptoms in people: People can have diarrhea (often bloody), fever, and stomach cramps. The diarrhea may be accompanied by nausea and vomiting. Symptoms usually start within 2–5 days after infection and last about 1 week.

E. coli are bacteria found in the environment, foods, and intestines of people and animals. Although most kinds of E. coli are harmless, others can make people sick.

How it spreads: E. coli most often spreads to animals and people through the poop of infected animals, contaminated food, or the environment. People can get infected if they don’t wash their hands after touching an animal or its poop, food, toys, habitats (including coops, pens, and cages), or equipment used around these animals.

Who is at risk: Anyone can get sick from E. coli, but children younger than 5 years old, adults 65 and older, and people with weakened immune systems are more likely to get severe illness.

Signs in poultry: Poultry naturally have E. coli in their gut, and don’t usually show signs of illness. Even if they look healthy and clean, poultry can still spread the bacteria to people.

Symptoms in people: Symptoms depend on the kind of E. coli causing the infection. Shiga toxin-producing E. coli (STEC) infection is one of the most commonly diagnosed E. coli infections in the United States. Most people infected with STEC experience severe stomach cramps, diarrhea (often bloody), and vomiting. Symptoms usually start within 3–4 days after swallowing the bacteria and last 5-7 days. Some people may develop a type of kidney failure (hemolytic uremic syndrome, also called HUS) and would need to be hospitalized.

Histoplasmosis is an infection caused by a fungus found in the environment, particularly in soil that contains large amounts of bird and bat droppings.

How it spreads: People can get histoplasmosis by breathing in the microscopic fungus from the environment.

Who is at risk: Anyone can get histoplasmosis, but children younger than 5 years old, adults 55 and older, and people with weakened immune systems are more likely to get severe illness.

Signs in birds: Birds do not get sick from histoplasmosis.

Every year people get Salmonella infections after handling poultry, such as chicks and ducklings, and the number of people getting sick is increasing.

Who is at risk: Anyone can get sick from Salmonella, but children younger than 5 years old, adults 65 and older, and people with weakened immune systems are more likely to get severe illness.

Signs in poultry: Poultry usually don’t show signs of Salmonella infection. Even if they look healthy and clean, poultry can still spread the bacteria to people.

Symptoms in people: Most people infected with Salmonella have diarrhea, fever, and stomach cramps. Symptoms usually start 6 hours to 6 days after swallowing the bacteria. Most people recover without treatment after 4 to 7 days.

How to stay healthy around backyard poultry 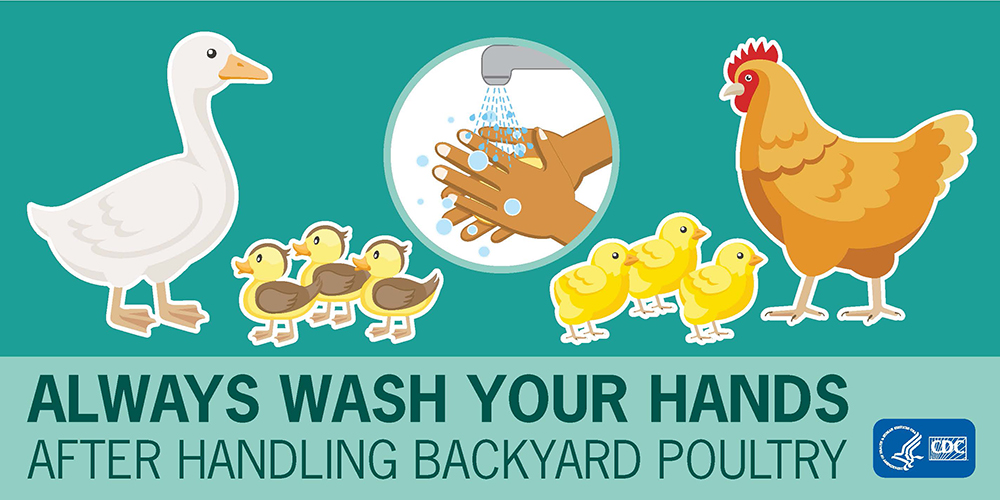 Be safe around poultry 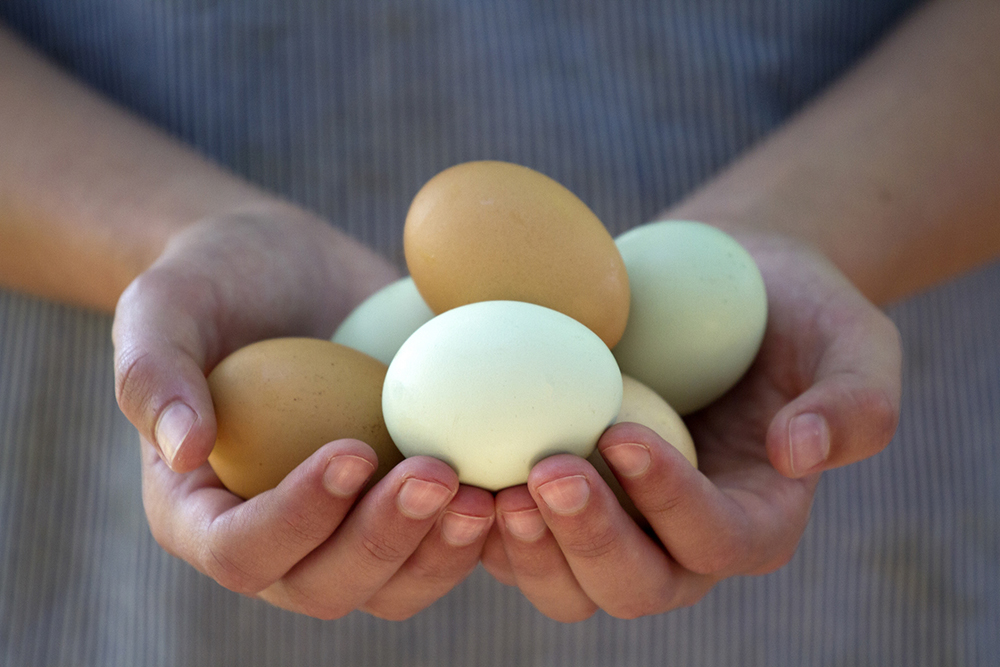 Eggshells may become contaminated with Salmonella and other germs from poultry droppings (poop) or the area where they are laid. To keep your family healthy, follow the tips below when collecting and handling eggs from a backyard flock:

Backyard poultry and waterfowl do not have teeth, but their bills and beaks can still cause a lot of damage if they bite you. Germs can spread from poultry bites, pecks, and scratches, even when the wound does not seem deep or serious.

How to keep backyard poultry healthy

Keeping your poultry healthy helps to keep you and your family healthy. To learn how to stay healthy around backyard poultry, visit the Healthy People section.

Prepare for your backyard poultry 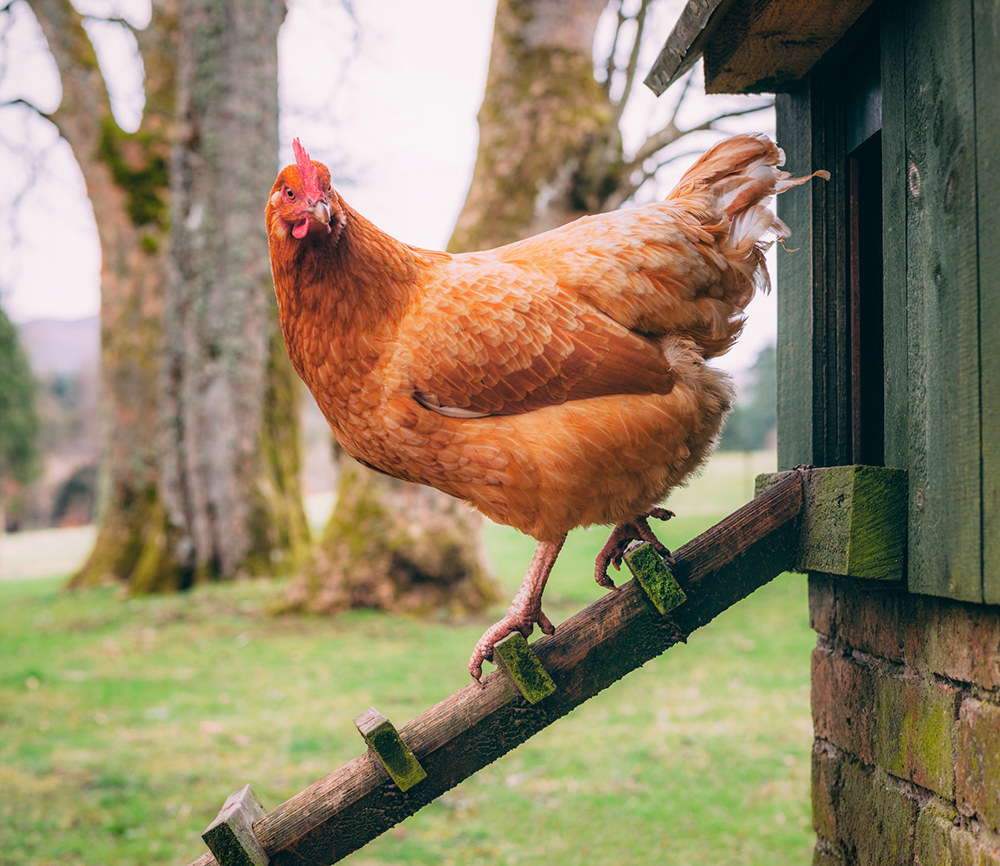 How to choose and introduce poultry

Importing poultry into the United States 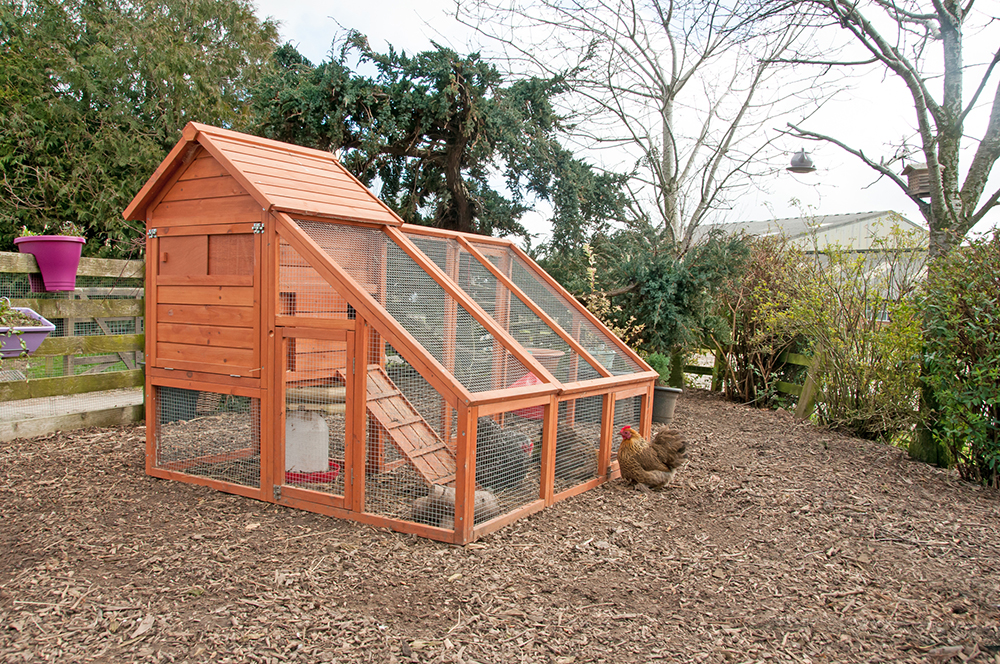 How to house backyard poultry

Don’t allow poultry or waterfowl inside your home for any reason, including areas where food or drink is prepared, served, or stored, such as kitchens or outdoor patios.

How to clean poultry cages and coops 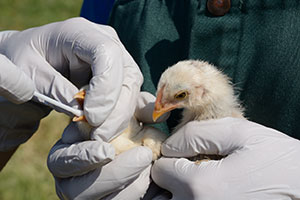 Biosecurity is the key to keeping your poultry healthy. Biosecurity means the things we can do to keep diseases away from birds, property, and people. Practicing good biosecurity reduces the chance of your poultry or your yard being exposed to diseases like avian influenza or Newcastle disease. These diseases can be spread by people, animals, equipment, or vehicles, either accidentally or on purpose.

The following steps are important in keeping your poultry healthy and having good biosecurity practices:

Selecting and caring for backyard poultry