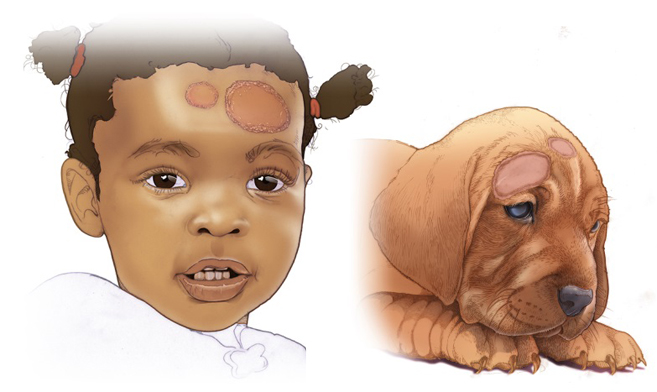 Girl next to dog. Both have red round patches on their skin.

Ringworm is a skin and scalp disease caused by fungi. It gets its name from the characteristic ring-like rash on the skin. The disease is spread by touching an infected person or animal. It can also be spread by touching objects or surfaces that had contact with the infection. If infected, people often begin itching four to fourteen days after contact. The rash may be scaly, reddened, and circular. Ringworm on the scalp usually makes a bald patch of scaly skin.

How animals and people become infected

Animals, like people, get infected through touching an infected animal’s skin or hair or by touching things that are infected with the fungus, like blankets and towels.

Adult animals, especially long-haired cats, do not always show signs of ringworm infection. Puppies and kittens most often have patches that are hairless, circular, or irregularly shaped areas of scaling, crusting, and redness that may or may not be itchy. The area may not be completely hairless, and instead have brittle, broken hairs. If the claws are affected, they may have a whitish, opaque appearance with shredding of the claw’s surface. If you suspect your pet has ringworm, make sure it is seen by a veterinarian.

Ringworm is also fairly common in show lambs, and is referred to as “club lamb fungus.” Lambs usually have circular, hairless areas with thick scabs on their head and face. 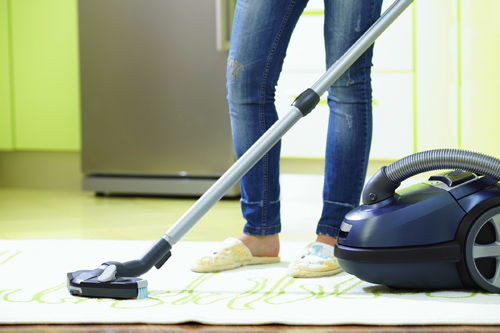 Vacuuming areas of the home that pets commonly visit helps to remove fur or flakes of skin.

Do not handle animals with ringworm if your immune system is weak in any way (if you have HIV/AIDS, are undergoing cancer treatment, or are taking medications that suppress the immune system, for example).

Your doctor may test skin scrapings or nail clippings for the fungus. Ask your doctor about proper treatment for ringworm. Some infections can get better if you

In some cases you may need to use antifungal ointments or creams, or take antifungal pills that your doctor may prescribe.