Public health professionals, healthcare providers, and their administrative staff need to communicate clearly with the public, with patients, and with each other. Goal 2 of the National Action Plan to Improve Health Literacy outlines strategies to identify and address health literacy barriers that negatively affect individual and community health outcomes and patient care.

Public health professionals, clinicians—such as dentists, nurses, pharmacists, and physicians—and their employees have a vital role in improving health literacy and implementing strategies from the Action Plan.

These summaries of research describe the use of health literacy-based communication strategies by health care providers, their support staff, and public health professionals.

When Iowa expanded Medicaid eligibility, the plan included an incentive that enabled people who completed a health risk assessment and a wellness examination to avoid paying monthly premiums. Yet many members were unaware of the incentive or didn’t take advantage of it. Some risked disenrollment for failure to pay premiums.

In a study published in 2021, researchers interviewed administrative staff at 10 Federally Qualified Health Centers (FQHCs) in Iowa. According to interviewees, barriers to awareness or use of the incentive included members’ low health literacy and language issues, complexity of the incentive requirements, and a subsequent transition of the program to management by managed care organizations.

To overcome these barriers, staff communicated with patients on a one-to-one basis, evaluated their eligibility, helped them complete required paperwork, and explained their benefits and responsibilities. Interviewees felt they helped patients enroll in the program, complete incentive requirements, and avoid monthly premiums or possible disenrollment.

The researchers concluded that FQHCs are well-positioned to help Medicaid enrollees understand the complexities of their health insurance and prevent negative consequences such as disenrollment.

In a 2021 study, Crall and colleagues describe how the University of California, Los Angeles (UCLA) and Sesame Street, a long-running children’s edutainment program, partnered to develop a children’s oral health awareness campaign and advance the oral health literacy of young children, their parents, and caregivers. The partnership’s efforts included

A 2014 study reports results from health literacy environmental scans of community-based dental clinics. One component of these scans involved assessing the frequency of dentists’ and dental hygienists’ use of recommended communication techniques. Use of teach-back (i.e., asking patients to repeat back information or instructions to demonstrate understanding) was low. Only 7% of providers indicated that they “always” use this technique; 22% indicated they use it “most of the time”; and 33% use it “occasionally.” Techniques reported as used “most of the time” or “always” include:

A 2011 national study showed similar results. Teach-back was used by fewer than 24% of surveyed dentists. The most common technique was using simple language (90%). Other common techniques included handing out printed materials, speaking slowly, and using models or radiographs to explain information or instructions. 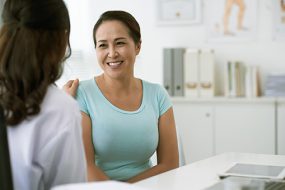 Healthcare providers and their administrative staff need to communicate clearly with their patients.

Nurses’ use of communication techniques in encounters with type 2 diabetes patients was assessed in a nine-nurse qualitative 2014 studyexternal icon. Two to four encounters were recorded per nurse. Clarifying health information was the most commonly applied technique (58% often used), followed by repeating health information (33% often used). Checking for understanding was the least applied (81% never used), followed by asking for understanding (42% never used). Medical jargon and mismatched language were often used in 17% and 25% of the encounters, respectively.

In a study published in 2021, researchers administered questionnaires to 50 physicians and 50 administrative staff in an Israeli health maintenance organization to assess their personal health literacy. The assessment included the physicians’ and administrative staff’s ability to understand an informed consent form, a brochure in medical packaging, and nutritional labeling. The assessment also included the participants’ ability to obtain an appointment and get information on patients’ rights. The researchers categorized the physicians and administrative staff as providers because these are the two main groups that provide patients with information in community clinics.

The health literacy level was high among 53% of providers, sufficient among 22%, average among 17%, problematic among 2%, and inadequate among 6%. Additionally, 22% of administrators and 14% of physicians reported difficulty in understanding informed consent documents, and 13% of administrators and 8% of physicians had difficulty understanding how to get an appointment.

The higher the level of health literacy, the more positive the providers’ attitudes were toward health literacy promotion and the greater their self-reported use of best practices in communication: using plain language, speaking slowly, speaking with a clear voice, using written medical information with verbal explanation or demonstration, asking questions to confirm patients’ understanding, and asking patients to repeat treatment instructions.

Participants reported the challenges of discussing the benefits and risks of cancer treatment options with lower literacy groups and tended to provide the basic facts to facilitate understanding. 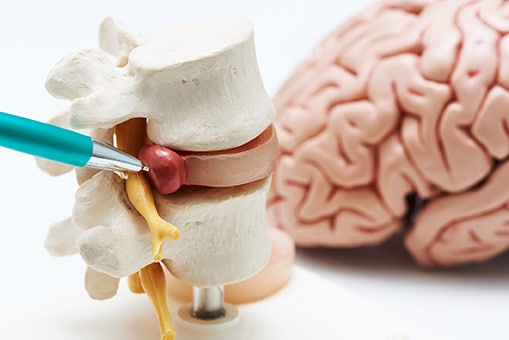 In a 2013 study, researchers indicated that medical residents overestimated their use of clear communication techniques. Residents reported frequent use of plain language (88%) and teach-back (48%). However, their actual use of these techniques observed during patient encounters was much lower. Residents used an average of two jargon terms per minute, and only 22% used teach-back.

Researchers found similar results in another 2013 study. Over an 8-week period, medical students observed internal and family medicine residents while the residents admitted patients to the medical service from the emergency room. In 52% of these interactions, residents used medical acronyms when communicating with patients. Technical medical terms or expressions were used while taking patient histories in 66% of interactions, and fewer than 28% of those interactions included at least a partial explanation of terms. Teach-back was not observed in any of the interactions.

A 2012 study of emergency physicians found that using simple language and speaking slowly to patients were the only techniques that the majority of participants said they used routinely (92% and 61%, respectively), even though the majority also reported that the following five additional techniques would be effective in an emergency department:

The ways providers communicate with patients is just as important as the ways providers communicate with each other about their patients. Electronic health records (EHRs) are vital tools in this process. Research by Sun and colleagues (2022) indicates that unconscious racism and bias may be communicated in EHRs. The authors examined EHRs from an urban academic medical center to see if providers’ use of negative descriptors (e.g., agitated, refused, not compliant) in the patients’ history and physical notes varied by patient race or ethnicity. Results showed that Black patients had more than 2.5 times the likelihood of having at least one negative descriptor in their EHRs compared to White patients. The authors suggest that the higher rate of negative descriptors in the EHRs of Black patients may compromise their care.

A study by Gandhi et al. (2022) found that most participants had limited knowledge about mold-related illnesses and mold cleanup recommendations after Hurricane Harvey—potentially due to message dissemination channels. Most study participants were 60 years and older and preferred to receive information about mold through in-person outreach, radio and TV announcements, printed flyers distributed at local venues and by mail, and phone calls. The authors noted that these preferred communication channels contrast with reports that social media was widely used to share information after Hurricane Harvey. Participants also faced technical difficulties accessing health information because many participants lacked reliable internet and phone service. The authors

At the beginning of the COVID-19 pandemic, several public health researchers regularly received questions from their families and friends about the new virus. To help more people understand and wade through the huge volume of information coming from different sources, including information about risk and coping with the pandemic, the researchers came together, recruited other subject matter experts, and launched a pandemic-related website with social media presence. In a 2022 case study, Albrecht and colleagues, all contributors to the website, share lessons learned in providing credible information and explaining the science in terms that the public could understand. They include