Success in Cambodia: The Disappearance of Measles! (With Rubella Not Far Behind) 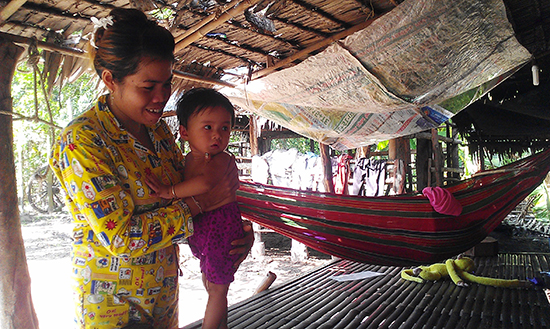 Measles is one of the most contagious diseases in the world. The measles vaccine is extremely effective, but eliminating the disease from a country is no easy feat. So it is easy to see why families in Cambodia are happy to see the measles gone. Photo courtesy of Nita Patel/CDC.

When something disappears, people tend to panic, except when what has gone missing is a dreaded disease like measles.

Cambodia hasn’t reported a single confirmed case of measles since November of 2011, while its neighbors continue to face outbreaks, illness and death from this vaccine-preventable disease.  In 2013, Cambodia became the first low-income country in Asia to protect its children against rubella and congenital rubella syndrome!

Why has Cambodia been so successful? 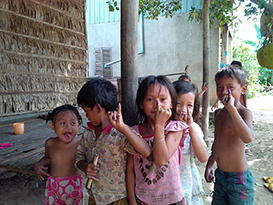 Young children show off their purple pinkies to confirm that they have received the measles-rubella vaccine during the November 2013 campaign. Photo courtesy of Sue Chu/CDC.

We at CDC are looking forward to November of this year, which will mark three years without a measles case in the country, at which point verification of measles elimination will be conducted. Measles elimination is defined as the absence of continuous disease transmission for 12 months or more in a specific geographic area. In such areas, there may still be measles cases but they are from infected people who bring the disease into the area. CDC will participate in the process of verifying Cambodia as measles-free. This involves proving that the measles and rubella tracking system in the country is strong enough to detect any cases of measles that may be brought into Cambodia from abroad, as well as verifying the absence of measles cases for three years.

CDC’s measles and rubella team cannot wait to congratulate Cambodia on its success in eliminating measles! We hope that rubella control efforts will follow a similar path and eventually result in rubella elimination.

More about CDC and the Measles & Rubella Initiative

As a spearheading partner of the Measles & Rubella Initiative, CDC provides expertise to develop global and regional policies and strategies for measles elimination and rubella control/congenital rubella syndrome (CRS) prevention and rubella/CRS elimination, supports their implementation, supports laboratory work and disease tracking, and conducts evaluation.  Learn more about our work to eliminate measles and rubella.

Founded in 2001, the Measles & Rubella Initiative is led by the American Red Cross, the United Nations Foundation, the United Nations Children’s Fund, the US CDC, and the World Health Organization. Since then, the Initiative has supported the delivery of more than 1.1 billion doses of measles-containing vaccine and helped raise measles vaccination coverage to 85% globally. As a result, worldwide measles deaths have been reduced by 78%. Measles vaccine has prevented an estimated 13.8 million deaths from 2000-2012. In 2012, the Initiative also began activities to prevent rubella and CRS worldwide. The Initiative aims to further reduce measles deaths by 95% by 2015, and eliminate measles in all six of the WHO regions by 2020. Four regions have goals for the control and elimination of rubella.