Polio eradication is an important priority for CDC. Polio is a crippling and potentially deadly infectious disease caused by a virus that invades the brain and spinal cord. It spreads from person to person and only affects humans; children are especially susceptible. Because polio has no cure, vaccination is the only way to protect children and stop the disease from spreading. Due to the severity of polio, in 1988 the World Health Assembly established the Global Polio Eradication Initiative (GPEI) with a goal to put an end to this debilitating disease forever.

Stop Transmission of Polio, or the STOP program, is a vital part of the Global Polio Eradication Initiative. The STOP program is a collaboration led by CDC and co-sponsored by WHO and UNICEF. The program trains cohorts of health professionals, known as STOPpers, to volunteer for 5 ½ month stints in countries where polio is present or where there is a high risk of importation of the virus with the potential to spread. Many of these countries lack enough trained public health workers to effectively fight polio, and this is where STOP fits in. STOP volunteers fulfill short term needs as well as build country capacity for polio detection, communication, strengthening routine immunization, and conducting mass “catch-up” immunization drives. To date more than 1,650 STOP volunteers have served in 62 countries across the globe. While the first STOP cohort in 1999 consisted entirely of CDC staff, it has grown to be a group of international citizens building bridges and working together to combat polio and strengthen the immunization program.

One of these heroes is Shafeeque Ahmad, and this is his story, as told by fellow STOP volunteer, Priyanka Khanna. 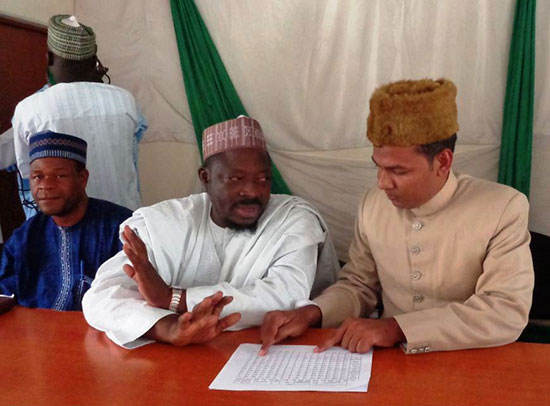 When 35-year-old Shafeeque Ahmad went to the three-week STOP program orientation in Atlanta, he knew he was probably the only one in the group of 177 from all over the world who had spent the majority of his school life studying in an Islamic school (madrassa).

Coming from a Muslim-dominated town in northern India, Shafeeque studied a predominantly religious curriculum including the Koran, Haddiths, Islamic law and other works till he was well into his late teens. For most of his youth and early working life, he stood out among his peers who chiefly studied in English schools in India with little or no exposure to religious teachings. “As I set foot in US for the first time for the training, I had my doubts whether I belonged there. But as soon as I got to meet others, I knew what was needed from me,” he said.

It was this very distinct upbringing that led CDC and UNICEF to approach Shafeeque to join as a STOP volunteer in the northern Nigerian state of Kaduna to strengthen engagement with religious leaders. His background, degree in social work and experience of working in Africa uniquely qualified him for the task.

“What I am doing today is a culmination of my whole life’s experiences and it is immensely fulfilling,” says Shafeeque. “As soon as I convey my salutations to religious leaders, arms and doors open for me to engage with them and harness their commitment to wipe out polio from Nigeria,” he adds.

Shafeeque and other STOPpers have proved to be the critical links within the extensive GPEI social mobilization and communication network that is focusing on community engagement for overcoming caregivers’ resistance to polio vaccine in Nigeria. As Kaduna State is one the of the most important centers of Islamic teaching in Nigeria, Shafeeque and other STOP volunteers worked to establish a partnership with the Jamat Nasirual Islam (JNI), which is an umbrella body of all Muslim followers in Nigeria, providing a unique opportunity to engage with community-level religious leaders. 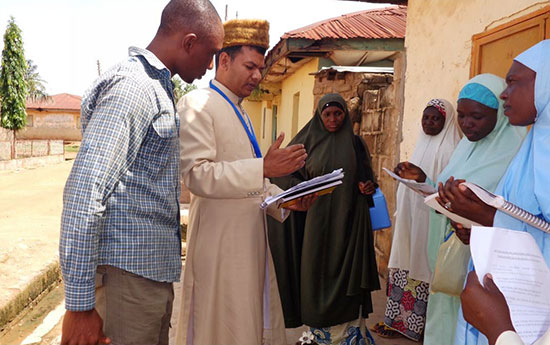 They strengthened and deepened the existing engagement with religious leaders and introduced monitoring tools to capture the results of this engagement. One of the outputs is measured by the religious focal persons: they help in compiling the list of the mosques, Koranic schools and other religious facilities that include calls for participation in polio immunization campaigns during Friday prayers.

For Shafeeque, a key personal gain was the experience of working with a team of other STOP volunteers. He also says that given the fact that the community mobilizers are chiefly women, working with them has helped him to become more gender-sensitive and understanding of their needs.

Working in Kaduna has also helped him to hone existing skills and traits. He feels that his experience shows it is best to be proactive, friendly, participative, transparent, communicative and persuasive. But the foremost gain for him is a deep feeling of fulfillment