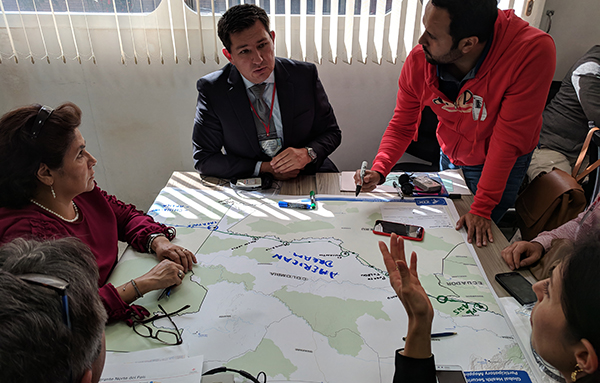 NPHIs are CDC-like organizations, either governmental or nongovernmental, closely aligned with the Ministry of Health, providing science-based leadership and coordinating a country’s core public health functions. Strong NPHIs enable countries to effectively and efficiently collect and use public health data, implement and monitor evidence-based public health programs, and ultimately, save money and protect lives. NPHIs are critical when coordinating response to outbreaks and other public health threats.

What do mosquito-borne diseases, papal visits, and migrants all have in common?

In Colombia, they have all highlighted the value of a prepared public health system and the strength of the country’s national public health institute (NPHI), the Instituto Nacional de Salud (INS).

INS is a well-established, highly functional NPHI that has been operational for more than 100 years. Investments from Colombia and CDC in strengthening INS’s surveillance and emergency functions, along with a strong collaborative relationship with the Ministry of Health, have helped INS become the go-to public health institution in Colombia and the region.

CDC and INS have collaborated since 1992 when Colombia’s Field Epidemiology Training Program (FETP) was established to develop a cadre of disease detectives. For more than 25 years, CDC’s support has focused on NPHI strengthening, emergency preparedness and response, laboratory capacity building, workforce development, and improving use of data for public health action. These focus areas complement INS’s own investments in public health capacities. When the Zika epidemic arrived in Colombia in 2015, INS was better prepared and able to respond by safely and efficiently handling the increased volume of laboratory specimens, conducting disease surveillance, and coordinating research to learn more about this emerging infectious disease. 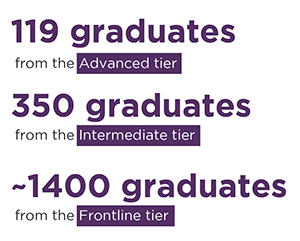 In January 2017, with support from CDC and the International Association of National Public Health (IANPHI), the INS ushered in a new era for disease surveillance collaboration, inaugurating the first fully functional public health emergency operations center (PHEOC) in South America. The PHEOC first activated for Pope Francis’s visit in September 2017. It was imperative to monitor the health and safety of 1.5 million people, locals and visitors, who gathered for the visit in Bogota.

The PHEOC has also been vital to handling the arrival of large numbers of refugees from neighboring Venezuela. According to UNHCR (the United Nations’ refugee agency) and the International Organization for Migration, approximately 440,000 Venezuelan migrants—27 percent of them children—entered Colombia between April and June 2018. An influx of this magnitude strains public health and clinical services and easily overwhelms most public health infrastructures.

The PHEOC has helped Colombia monitor the health status of migrants during the crisis, and INS’s culture of preparedness has solidified its leadership in the control of communicable diseases and epidemics, measles immunization, and public health surveillance related to the migrant population.

CONTAINING MEASLES IN A MIGRANT POPULATION 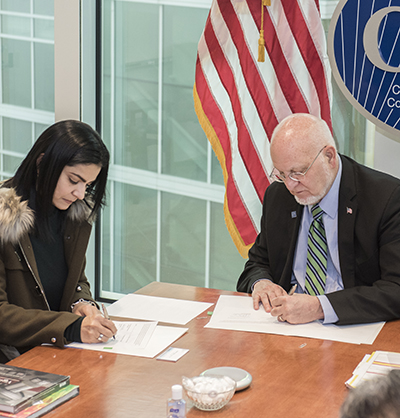 When measles cases occurred in migrant populations, INS and its field epidemiologists led the response using the framework of the PHEOC. This effective response structure contributed to minimal transmission, with only 250 cases in 12 months, a notable success that has been recognized both locally and internationally.

A CDC-facilitated border surveillance training, hosted in August 2018, helped INS develop the capacity to account for migration in surveillance efforts, as well as strengthen collaboration with numerous other groups working in migrant health.

“The Venezuelan migrant crisis provides another example of the role INS has in public health surveillance and response, as well as the value of continuously strengthening these capabilities and related resources,” said INS Director Martha Ospina. “Being prepared and having a plan for every risk has helped us be more responsive to this and other public health emergencies that arise within and beyond our borders.”