Over 75 Years of Community Water Fluoridation 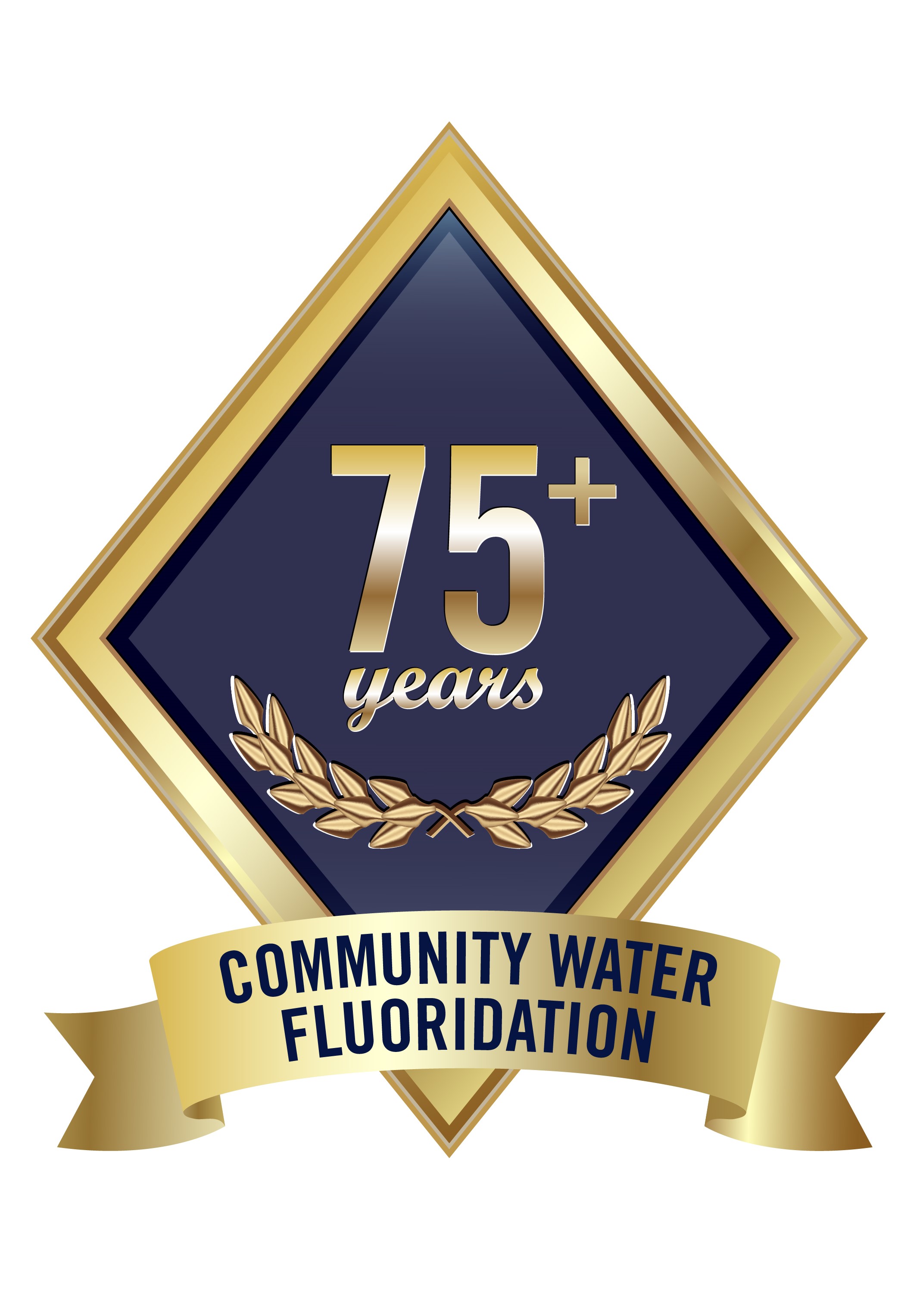 Grand Rapids, Michigan became the first US city to fluoridate its public water supply in 1945. Five years later, when the schoolchildren of Grand Rapids were found to have significantly fewer cavities than children from surrounding communities, other Michigan cities also began fluoridating and soon achieved similar results. Within a few years, cities and towns across the United States were fluoridating their water. Since its launch over 75 years ago, community water fluoridation has proved to be one of public health’s greatest success stories, improving the health and wellbeing of people in the United States and around the world.

The connection between fluoride and healthy teeth was recognized as far back as the late 1800s. By the 1930s dentists observed that people who drank water containing naturally occurring fluoride seemed to be protected against tooth decay, or cavities. Throughout the 1930s and ’40s, scientists and clinicians at the US National Institutes of Health investigated how fluoride works, whether it was safe, and if it could be used therapeutically. Researchers concluded that drinking water with fluoride would provide children and adults safe and effective protection against tooth decay.

Almost all water contains some naturally occurring fluoride, but usually too little to prevent tooth decay. Water fluoridation is the process of adjusting the amount of fluoride in a public water supply to a level known to make teeth stronger and more resistant to cavities. For three-quarters of a century, community water fluoridation has been a major factor in reducing rates of tooth decay in the United States. Since Grand Rapids, each generation of Americans has enjoyed better oral health than the one before. As of 2018, more than 207 million people, or nearly 3 in 4 Americans who use public water supplies, drank water with enough fluoride to prevent tooth decay.

Fluoridated water works by keeping a low level of fluoride in the mouth throughout the day. Fluoride and water mix with saliva and are absorbed by dental plaque, and the fluoride bonds with any weakened tooth enamel it encounters. Even when common fluoride products such as toothpaste and mouth rinses are used, fluoridated water reduces tooth decay another 25% among children and adults. School children in communities with water fluoridation have, on average, 2 fewer decayed teeth than children in communities that do not fluoridate.

That’s important because oral health affects every aspect of our lives—diet, sleep, mental health, social connections, school, and work. Untreated tooth decay can cause pain, school or work absences, and difficulty concentrating, as well as affect the appearance of your mouth and teeth—all of which impact one’s quality of life and ability to succeed.

Fluoridation has been identified as the most practical and cost-effective method of delivering fluoride to all members of a community, regardless of age, education, or income. These advantages, combined with fluoridation’s contribution to dramatic declines in both the prevalence and severity of tooth decay, led the Centers for Disease Control and Prevention (CDC) to name water fluoridation one of ten great public health achievements of the 20th century.

Scientists in the United States and around the world have studied the safety and benefits of fluoridated water for a century and have not found consistent and convincing evidence to link water fluoridation with any potential unwanted health effect other than dental fluorosis. Dental fluorosis is a change in the appearance of tooth enamel and can occur when young children (less than 8 years of age) regularly ingest too much fluoride while their permanent teeth are still developing. Most dental fluorosis in the United States—more than 90 percent—occurs in its mildest form, as barely noticeable white spots on the tooth surface.

To balance the known benefits of fluoridation against the possibility of developing dental fluorosis, the US Public Health Service in 2015 updated the recommended optimal level of fluoride in drinking water for the prevention of tooth decay. The revised recommendation for the optimal level of fluoride in drinking water was adjusted to 0.7 mg/liter. It is important to note that there is no federal “requirement” to fluoridate water systems; states and local communities decide for themselves whether to fluoridate.

Use fluoride toothpaste and drink fluoridated water if it is available where you live. Fluoride’s protection against tooth decay works at all ages. If your drinking water is not fluoridated, ask your dentist, family doctor, or pediatrician if your child should take an oral fluoride supplement such as drops, tablets, or lozenges. Visit a dentist regularly for checkups and cleanings.