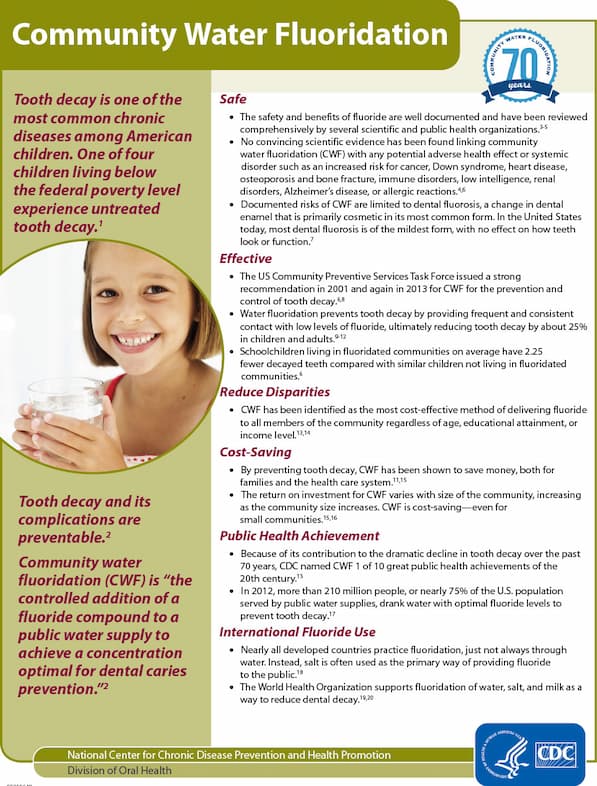 Tooth decay is one of the most common chronic diseases among American children. One of four children living below the federal poverty level experience untreated tooth decay.1

Tooth decay and its complications are preventable.2

Community water fluoridation (CWF) is “the controlled addition of a fluoride compound to a public water supply to achieve a concentration optimal for dental caries prevention.”2