CDC Confirms Another Human Infection with Flu Virus from Pigs 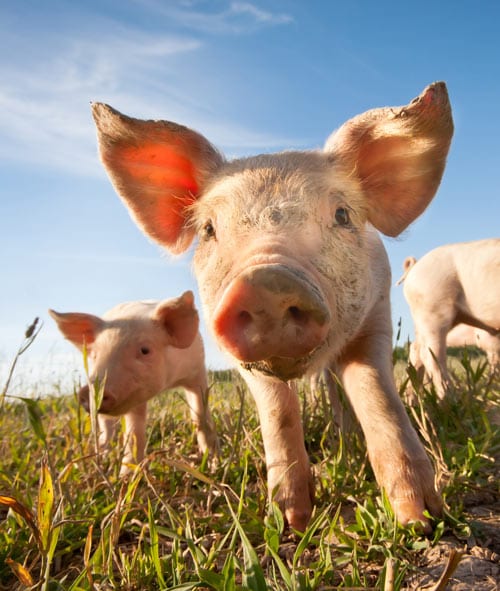 Image 1: A pig in a field. When flu viruses that usually spread only in pigs are found in people, they are called “variant” flu virus infections and designated with the letter “V” after the subtype. CDC laboratory testing of a specimen obtained from the sick patient in Oregon shows this virus is of swine origin. CDC recommends people take precautions around pigs, including in the fair setting, to prevent the spread of flu between people and pigs.

August 19, 2022—CDC has reported another human infection with an influenza (flu) virus that usually spreads only in pigs, bringing the total number of such infections in the United States during 2022 to four. This new infection was caused by a different flu virus subtype (H1N2v) than the three previously reported infections (H3N2v) during 2022. Sporadic human infections with flu viruses that usually spread in pigs happen every year, often in the agricultural fair setting where pigs are present; however, not all variant virus infections have been in people with known pig exposure. This H1N2v infection occurred in a person who reported no contact with pigs or attendance at an agricultural fair. A public health investigation did not find any illness among household contacts and about 10 percent of reported variant flu virus infections in the United States since 2010 have been in people who did not have any documented swine contact. No person-to-person spread with this H1N2v virus has been confirmed.

An investigation into this situation has found that:

When flu viruses that usually spread in pigs (called swine-origin flu viruses) are found in people, they are called “variant flu virus” infections and designated with the letter “v” after the subtype. While these types of infections usually cause mild illness, they are concerning because they can cause severe illness, especially in people at higher risk of serious flu complications, and because of their potential to cause a flu pandemic should they obtain the ability to spread easily from person to person in a sustained way.

In general, the risk of infection to the public from these infections is considered low, but each case of human infection with a variant flu virus should be fully investigated to be sure that such viruses are not spreading in an efficient and ongoing way in people, and to limit further exposure of people to infected animals if infected animals are identified. CDC is monitoring this situation closely and will make adjustments to the public health risk assessment and recommendations as circumstances warrant. CDC reports these cases in FluView. CDC will conduct additional laboratory tests on this variant flu virus, including analysis to determine whether flu vaccines stockpiled in case of a future flu pandemic would protect against infection and severe illness with this virus.

Take Precautions while at settings where pigs are present

General precautions that everyone can take to limit the spread of flu viruses between people and pigs include:

People should take additional protective measures if they must come into contact with pigs that are known or suspected to be sick. This includes minimizing contact time with pigs and wearing personal protective equipment like protective clothing, gloves, and well-fitted masks that cover the mouth and nose when contact is required.

Flu viruses can spread from pigs to people and from people to pigs. Infected pigs can cough or sneeze, and droplets with virus in them can spread through the air. If these droplets land in your nose or mouth, or are inhaled, you can be infected. These infections have most commonly been reported after close proximity to infected pigs, such as in pig barns and livestock exhibits housing pigs at fairs.

Like flu viruses in humans and other animals, flu viruses found in pigs change constantly. Pigs can be infected by avian flu and human flu viruses as well as their own flu viruses. When flu viruses from different species infect pigs, the viruses can reassort (i.e., swap genes) and very rarely new viruses can emerge that can infect and spread from person-to-person. This is thought to have happened in 2009 when a new swine-origin H1N1 virus with genes of avian, swine and human origin emerged to cause a flu pandemic.