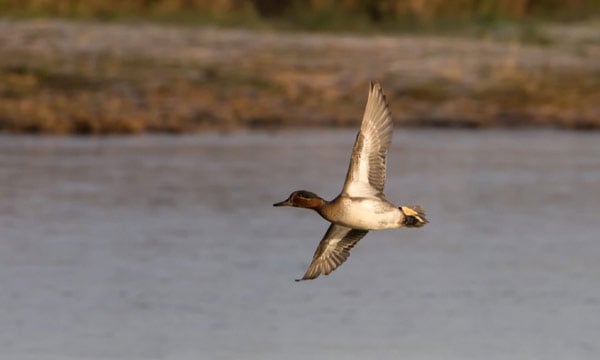 There are four types of influenza (flu) viruses: A, B, C and D. Wild aquatic birds, including gulls, terns, and shorebirds, and wild waterfowl, such as ducks, geese and swans are considered reservoirs (hosts) for avian influenza A viruses.

Subtypes of Influenza A Viruses

Influenza A viruses are divided into subtypes on the basis of two proteins on the surface of the virus: hemagglutinin (HA) and neuraminidase (NA). There are 18 known HA subtypes and 11 known NA subtypes. In birds, 16 HA and 9 NA subtypes have been identified. (Two additional subtypes, H17N10 and H18N11, have been identified in bats.) Many different combinations of HA and NA proteins are possible. For example, an “A(H7N2) virus” designates an influenza A virus subtype that has an HA 7 protein and an NA 2 protein. Similarly, an “A(H5N1)” virus has an HA 5 protein and an NA 1 protein.

Lineages of Influenza A Viruses

Both HPAI and LPAI viruses can spread rapidly through poultry flocks. HPAI and LPAI designations do not refer to or correlate with the severity of illness in cases of human infection with these viruses; both LPAI and HPAI A viruses have caused mild to severe illness in infected humans. There are genetic and antigenic differences between the influenza A virus subtypes that typically infect only birds and those that can infect birds and people.

LPAI A(H6) virus outbreaks in birds are not internationally reportable, therefore, its true prevalence is unknown. However, LPAI A(H6) viruses have been identified in various species of wild waterfowl and domestic poultry in Eurasia and the Americas.  Known subtypes of A(H6) viruses include LPAI A(H6N1) and A(H6N2). In 2013, Taiwan reported the first known human infection with LPAI A(H6N1) virus.

There are nine known subtypes of A(H7) viruses pdf icon[1.34 KB, 15 Pages]external icon A(H7N1), A(H7N2), A(H7N3), A(H7N4), A(H7N5), A(H7N6), A(H7N7), A(H7N8), and A(H7N9)]. Most A(H7) viruses identified worldwide in wild birds and poultry are LPAI viruses. Avian influenza A(H7) virus infection of humans have occurred sporadically. The most frequently identified A(H7) viruses associated with human infections are avian influenza A(H7N9) viruses, which were first detected in China in 2013. While human infections with A(H7N9) viruses are uncommon, they have resulted in severe respiratory illness and death in approximately 40% of reported cases. In addition to A(H7N9) viruses, human infections with A(H7N2), A(H7N3), A(H7N4), and A(H7N7) viruses have been reported and have primarily caused mild to moderate illness with symptoms that included conjunctivitis and/or upper respiratory tract symptoms.