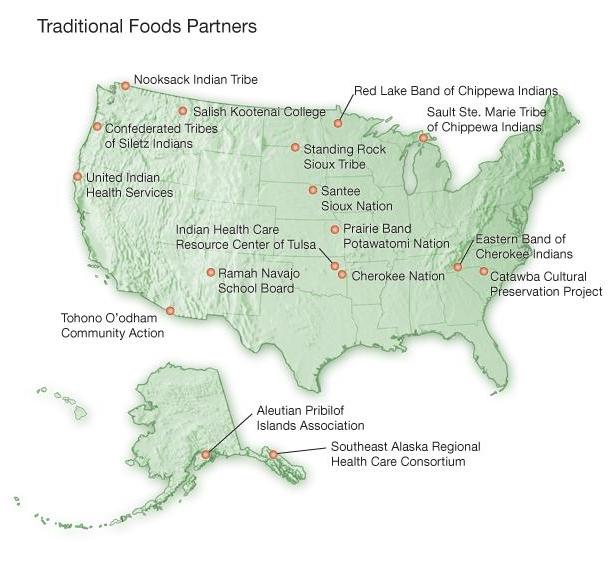 Using Traditional Foods and Sustainable Ecological Approaches for Health Promotion and Type 2 Diabetes Prevention in American Indian and Alaska Native communities was a 6-year cooperative agreement that championed 17 tribal programs. The tribal programs worked to restore access to local, traditional foods and physical activity to promote health. The goals were to:

American Indian and Alaska Native communities across the country are reclaiming traditional foods as part of the global Indigenous food sovereignty movement that embraces identity, history, and traditional ways and practices to address health.

Our Cultures Are Our Source of Health

This video highlights the wisdom of cultural knowledge, including harvesting local foods and playing traditional games, in promoting health and preventing diseases like type 2 diabetes in American Indian and Alaska Native communities.

More About the Traditional Foods Movement

Traditional foods in the news