Division of Reproductive Health At A Glance

For over 50 years, CDC’s Division of Reproductive Health (DRH) has developed programs to improve women’s health, improve pregnancy health and care, and give infants the healthiest start in life. Multiple surveillance systems and activities in DRH provide information and data that help scientists and health professionals understand how to deliver the best care. These efforts are the foundation of public health approaches that improve reproductive, maternal, fetal, and infant health.

In the United States, leading health concerns for pregnant women and their infants are severe and sometimes fatal pregnancy complications, premature births, and sudden unexpected infant deaths. With an FY 2020 budget of $58 million, the Division of Reproductive Health (DRH) works to reduce these risks and improve the health of women across their life span. To meet these goals, DRH works to: Measure health
behaviors and
outcomes before,
during, and after
pregnancy. Study interventions
to find out what
works best to improve
maternal and infant
health. Fund state networks of
experts working to improve
the quality of care for
mothers and infants. Share information to
reduce risks during
pregnancy and the
infant’s first year.

Despite advances in reproductive, maternal, and infant health, much work remains to be done. Each year in the United States, 700 women die of pregnancy-related causes, and more than 50,000 have severe pregnancy complications (also known as severe maternal morbidity). Nearly 1 in 10 infants (about 380,000) are born prematurely, and the preterm birth rate increased from 2014 to 2018. About 3,600 infants in the United States are lost to sudden unexpected infant death each year. And nearly half of pregnancies in the United States are unintended, which is associated with negative health outcomes for both women and infants. 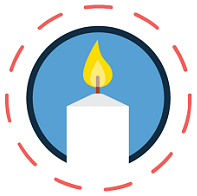 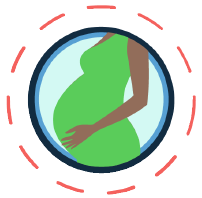 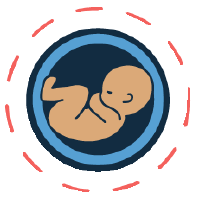 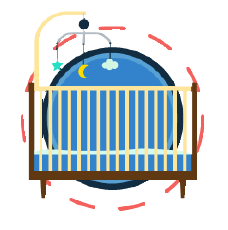 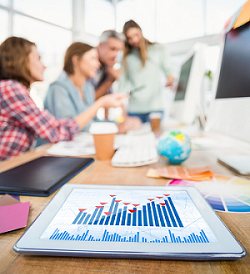 About 700 women die each year in the United States from complications of pregnancy. American Indian, Alaska Native, and Black women are 2 to 3 times more likely to die from these complications than white women. More and better data can help us understand how to prevent pregnancy-related deaths, ensure the best possible birth outcomes, and work to eliminate health disparities.

Data from MMRCs provide a deeper understanding of the circumstances surrounding each death to guide recommendations at the patient, provider, facility, system, and community level to prevent future deaths.

The Maternal Mortality Review Information Application pdf icon[PDF – 5 MB] (MMRIA) provides a standardized approach at the state level and brings together information across MMRCs to have a better picture of what is happening throughout the country.

Improving the Quality of Care for Mothers and Infants CDC’s Perinatal Quality Collaboratives (PQCs) are state or multistate networks of health care teams working to improve the quality of care for mothers and infants. PQCs play an essential role in understanding what is happening in the health care setting and expanding successful interventions statewide. These efforts have contributed to important improvements in health care delivery and perinatal outcomes.

The number of states with a PQC has grown considerably since CDC support for PQCs began in 2011. CDC supports 13 state PQCs and funds the National Network of Perinatal Quality Collaborativesexternal icon. This network provides support, mentoring, and resources for all PQCs to identify and share best practices and to develop supporting tools and training. Nearly every US state has a PQC or is developing one.

CDC has also hosted webinars to share strategies and information about specific initiatives. In addition, the agency helped create a resource guide pdf icon[PDF – 566 KB] to advance the work of state PQCs. This guide provides information on how to start a statewide collaborative and launch initiatives, as well as quality improvement methods and sustainability. The Pregnancy Risk Assessment Monitoring System (PRAMS) has been a critical source of data on maternal and infant health for more than 30 years. What started in 1988 as a small surveillance system operating in 6 sites has grown to a near-national surveillance system in 51 participating sites, including 47 states, the District of Columbia, New York City, Puerto Rico, and the Great Plains Tribal Chairmen’s Health Board.

PRAMS collects state-based population data on maternal attitudes, experiences, and health before, during, and shortly after pregnancy. These data are used to guide public health action. They can also help inform media campaigns, identify needed policy changes, and provide insights into which efforts can best support new initiatives to improve maternal and infant health outcomes.

Top of Page
Addressing Opioid Use Disorder Before, During, and After Pregnancy Opioid use disorder (OUD) can cause many negative health outcomes for mothers and their infants, both during pregnancy and after delivery. Mothers with OUD are at risk of opioid-related overdoses, and infants can be born with breathing and feeding problems. From 1999 to 2014, the rates of OUD documented at delivery and infants born with neonatal abstinence syndrome (NAS) have increased more than four times. As part of its five-point strategy to prevent opioid overdoses and harms, CDC is working to prevent OUD among pregnant women and women of reproductive age and to make sure women with OUD get proper treatment.

CDC is addressing OUD during and after pregnancy by assessing maternal opioid use and working to help states and communities respond effectively. These efforts include: Sudden unexpected infant death (SUID) is a term used to describe the sudden and unexpected death of an infant less than 1 year old in which the cause was not obvious before investigation. These deaths often happen while the infant was sleeping in an unsafe sleep environment. Every year in the United States, about 3,600 infants die from this cause.

CDC supports surveillance at 22 grantee sites, covering 31% of all SUID cases in the United States. The SUID and Sudden Death in the Young (SDY) Case Registry standardizes and improves data collected at death scenes and promotes consistent reporting and classification of SUID and SDY cases. A better understanding of the circumstances and events associated with SUID and sleep-related infant deaths may help reduce future deaths.

CDC publishes materials to help parents and doctors learn how to reduce the risk of SUID. The agency also works on the Safe to Sleepexternal icon® campaign with the Eunice Kennedy Shriver National Institute of Child Health and Human Development at the National Institutes of Health. The campaign promotes safe sleep recommendations from the American Academy of Pediatrics.

As a result of the SUID and SDY Case Registry: