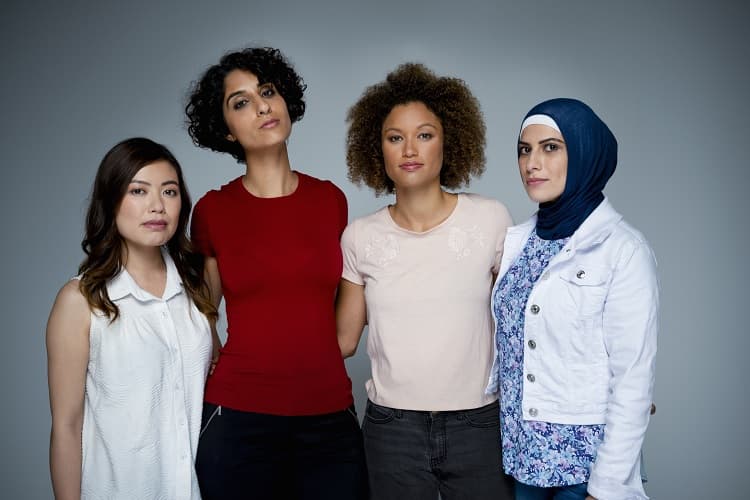 CDC scientists worked with cancer registries in Michigan, New Jersey, and Louisiana to find out why women don’t get the cervical cancer screening tests they need.

Screening tests can help prevent cervical cancer or find it early. When cervical cancer is found early, it is highly treatable and associated with long survival and good quality of life. But each year in the United States, around 13,000 women are diagnosed with cervical cancer, and more than 4,000 women die from it. Previous studies have suggested that about half of women who get cervical cancer are not screened as recommended.

The scientists worked with cancer registries in Michigan, New Jersey, and Louisiana to gather the screening history of women who had been diagnosed with cervical cancer. Each registry had experience conducting research that involved getting patient information from medical records. That experience was very helpful in managing the large amounts of data collected.

“We wanted to work with registries that had prior experience in conducting studies similar to our Case Investigation of Cervical Cancer study,” said Virginia Senkomago, an epidemiologist in CDC’s Cancer Surveillance Branch, who worked on this study. “We also wanted to make sure the registries represented a diverse population.”

CDC scientists asked the cancer registries to identify women who were 21 or older and diagnosed with cervical cancer. Registry staff then mailed a survey to these women. The survey asked when they were screened for cervical cancer (if ever), and why they did or didn’t get screened. The survey also asked about their household income, if they had health insurance, and about their race and ethnicity. After the surveys were mailed out, cancer registry staff followed up with phone calls offering to complete the survey by phone if that was easier. For women who completed the survey, registry staff asked them for permission to see their medical records. If the women agreed, specialists at each cancer registry collected medical record data for 5 years before diagnosis.

“This is what was unique about this study,” said Vicki Benard, PhD, Chief of CDC’s Cancer Surveillance Branch. “The study used cancer registry data to identify women with cervical cancer. We collected information from the women themselves to understand their decisions about cervical cancer screening, decisions following diagnosis, and decisions about treatment. Then, we looked at their medical records to verify their medical history prior to diagnosis.”

The study found that of the 376 cervical cancer survivors who participated in the study, 60% had not been screened as recommended before their diagnosis. The top reasons women did not get screened were because they were unaware of cervical cancer risk factors, did not understand screening test results, or did not have health insurance to pay for screening.

“A Lot of Stigma and Shame”

The registries faced a major challenge in gathering this information: many of the women contacted refused to participate in the study.

“I have been involved in other studies with cancer survivors, but I found that cervical cancer survivors are less likely to give information,” said Georgetta Alverson, Certified Tumor Registrar, Birth Defects & Cancer Surveillance Section Manager, Michigan Department of Health & Human Services. “That is because there is a lot of stigma and shame associated with cervical cancer.”

“I thought that cervical cancer is a highly survivable disease if caught early, but I was thinking like an epidemiologist,” said Antoinette Stroup, PhD, Director, New Jersey State Cancer Registry. “It caught me off guard how sensitive the survivors were about their cervical cancer. I failed to appreciate that we were talking about a cancer that could potentially impact sexual life, the ability to bear children,” she said.

The registry staff also found it hard to get accurate health information about the women who did agree to participate in the study.

“The age group we were looking at often change cities or states for employment opportunities, and we were asking them about something that happened 5 years ago,” said Mei-Chin Hsieh, PhD, MSPH, Assistant Director of the Louisiana Tumor Registry. “A lot of health information was missing from the survey forms, and we had to look for their medical records. This was also a challenge. Women tend to have their cervical cancer screenings in smaller private clinics, and the data is hard to find if the health care providers relocate.”

“You have to put yourself in their shoes and just listen.”

Each registry found solutions to overcome the problems they faced.

“We did not give up. We followed up multiple times with both the survivors and the health care providers,” Dr. Hsieh said.

“We had to contact non-cancer providers, which was something we had never done,” said Dr. Stroup. “Many of them were not aware of who we were, and we had to educate them first,” she said.

Ms. Alverson said she personally spoke to every cervical cancer survivor they contacted. “You have to put yourself in their shoes and just listen,” she said.