Highlights from the 2016 report are below.  For more details, view the full report pdf icon[PDF].  If you need additional state-specific data not available in this report, contact your state TB control office. 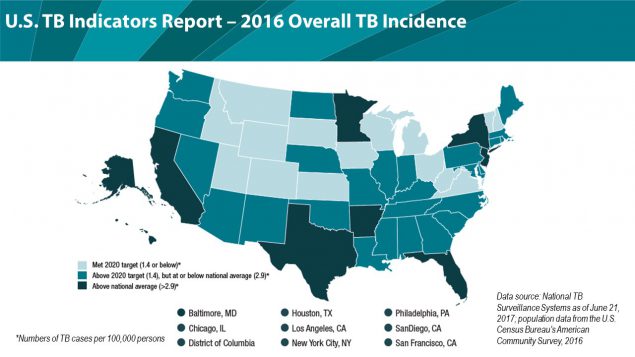 Measuring the number of new TB cases each year is the best overall indicator of progress towards TB elimination.  TB elimination is defined as less than 1 case per million persons per year.  In 2016, TB incidence in the United States was 2.9 overall TB cases per 100,000 persons (30 per million). 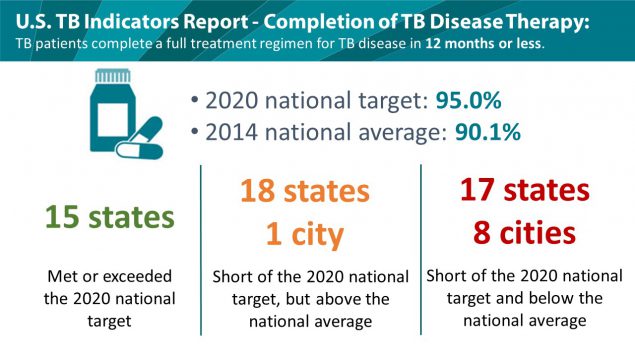 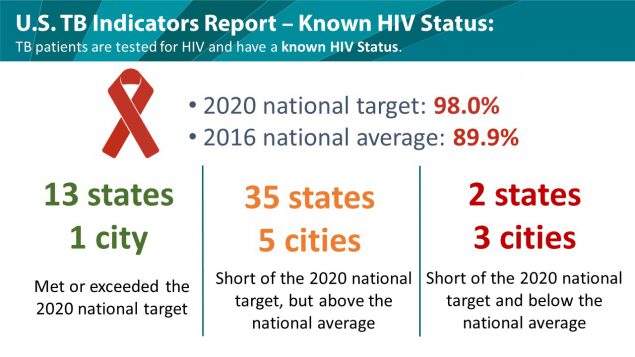 Tuberculosis is a serious health threat for people living with HIV. People living with HIV are more likely to become sick with TB disease if they are exposed and become infected. Measuring the number of TB patients who are also tested for HIV and have a known HIV status is important to save lives and interrupt the spread of TB and HIV to others. CDC has set a 2020 national target of having HIV status known among at least 98.0% of TB cases. In 2016, the national average of TB cases having known HIV status was 89.9%. 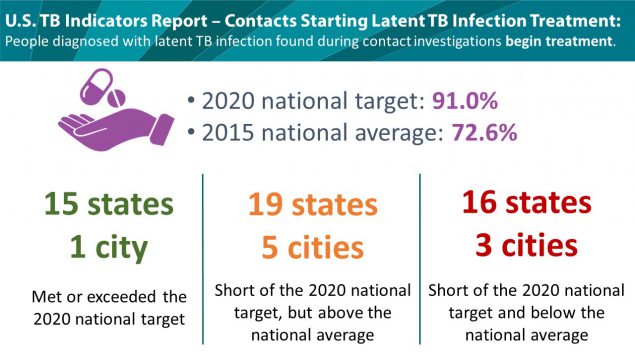 CDC has set a 2020 national target of initiating treatment for 91.0% of people diagnosed with latent TB infection found during contact investigations.  The most recent national average was 72.6%. 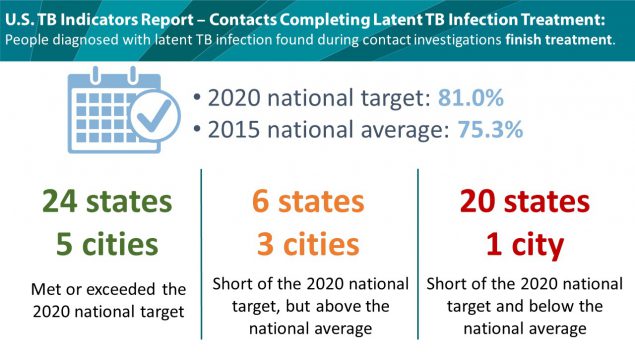 CDC has set a 2020 national target of treatment completion for 81.0% of people diagnosed with latent TB infection found during contact investigations who started treatment.  The most recent national average was 75.3%.