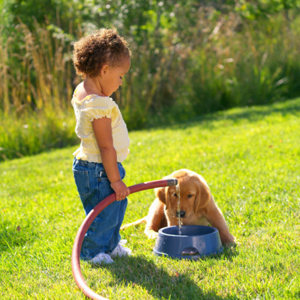 Regular veterinary care will protect your pet and your family.

The global burden of zoonotic hookworm in dogs and cats is not known; also, the amount of disease in people caused by these parasites is also unknown. Cutaneous larva migrans (CLM) is most often reported by returning travelers to tropical regions who have had soil and/or sand exposures in places where dogs and cats are likely to have hookworms. However, CLM is likely causing significant problems for the people who live in less developed parts of the world, even though the disease is not reported regularly. In less developed areas of the world, dogs and cats are often free-ranging and have high rates of infection with hookworm which leads to widespread contamination of sand and soil. In a survey of a rural population in Brazil, the prevalence of CLM during the rainy season was 14.9% among children less than 5 years old and 0.7% among adults aged 20 years and older.