What this graph shows:

A seasonal year’s line that consistently falls above the gray area, especially during the peak of the season (December to March), might indicate unusually high norovirus activity.

Number of Suspected or Confirmed Norovirus Outbreaks Reported by
NoroSTAT-Participating States Per Week, 2012-2023 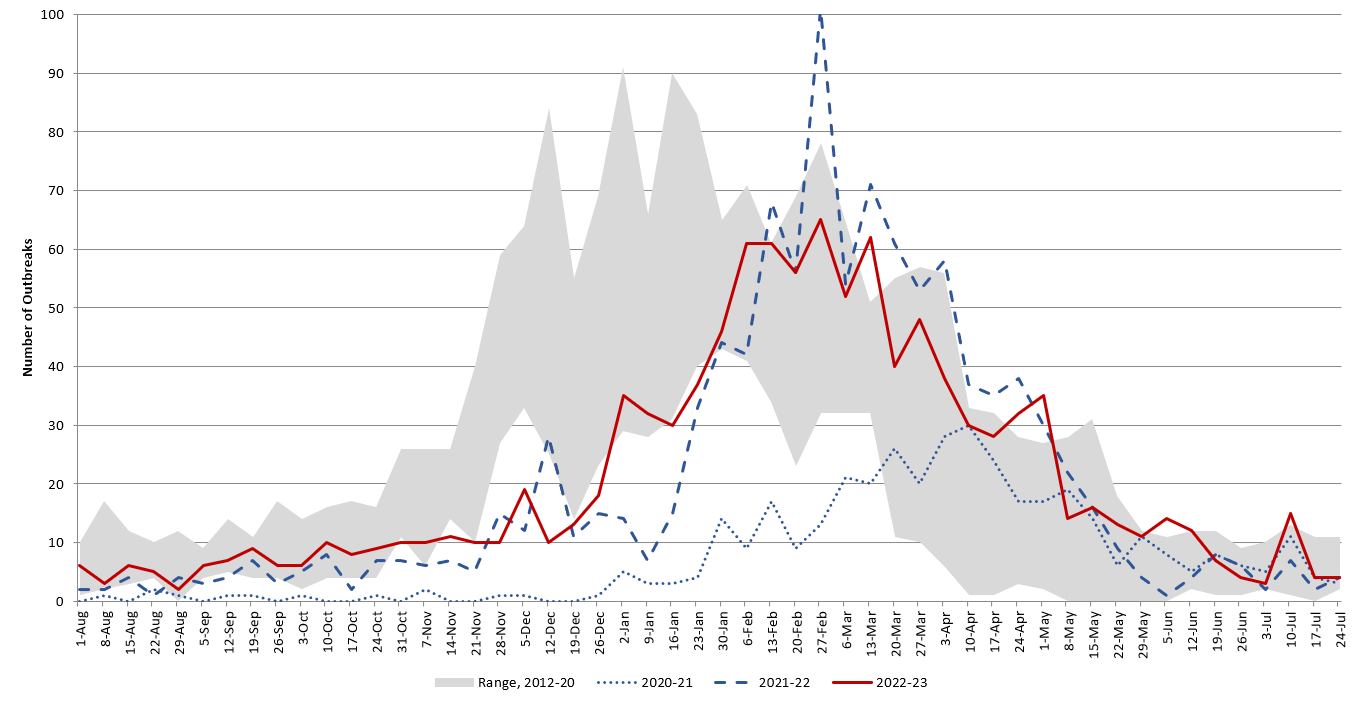 See data table for this chart.