Related Pages
Need Help? Know Someone Who Does? 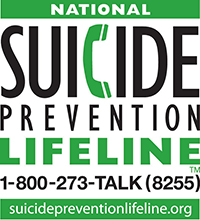 Both are free and confidential. You’ll be connected to a counselor in your area.

Suicide is death caused by injuring oneself with the intent to die, and is a serious public health problem.

What do we know about the suicide problem?

Can occupation affect a person’s risk of suicide?

Many factors impact someone’s risk for suicide. Some occupations or jobs have higher rates of suicide than others.2-4

What factors are linked to increased risk of suicide for some occupations?

Among the factors thought to contribute to increased risk of suicide by occupation:

Other factors that can influence the link between occupation and suicide include: gender, socioeconomic status, economic climate, and societal norms.4-5, 7-8

What are ways reduce and prevent suicide in the workplace?

CDC’s Preventing Suicide: A Technical Package of Policy, Programs, and Practicespdf icon provides several recommendations to reduce and prevent suicide. Many of these recommendations are relevant to the workplace, including: