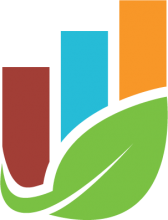 Where NOMS Data Come from and How the Data are Analyzed

Because data were not available for the entire population of men and women at risk of death in the occupations and industries reported on the death certificates, we evaluated proportionate mortality based on cumulative deaths over the time period studied.

How NOMS data are analyzed: The PMR Query System

Why we calculated PMRs

PMRs are usually computed when data for the population at risk are not available and rates of death or standardized mortality ratios (SMR) cannot be calculated.

How the PMR Query System works

The 2011 Proportionate Mortality Ratio Analysis System (PMRAS) was created to calculate the PMRs for the PMR Query System.

Cause of death, industry and occupation lists