Illegal Use of Fentanyl

Illegal Use of Fentanyl

The DEA describes fentanyl as a powerful narcotic associated with an epidemic of opioid-related overdose deaths in the United States. Fentanyl and its analogs are being mixed with heroin to increase potency or are being sold as heroin so dealers and buyers may not know exactly what they are selling or using. Fentanyl and its analogs come in several legal forms including powder, patches, tablets, and spray. Legally prescribed fentanyl is typically administered in patches or lozenges. Illicitly-manufactured fentanyl is often in the form of powder. Illegal use is often in the form of powder used for inhalation or injection, blotter paper, and patches. Illicitly manufactured fentanyl is also being pressed into counterfeit tablets and sold as commonly misused prescription opioids such as oxycodone and hydrocodone as well as being found in samples of cocaine, methamphetamine and other non-opioid substances. 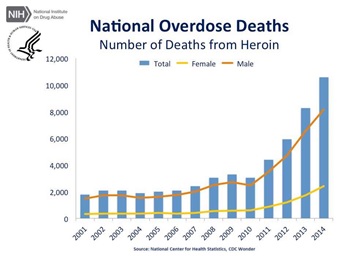 National Overdose Deaths—Number of Deaths from Heroin. The figure above shows the total number of U.S. overdose deaths involving heroin from 2001 to 2014. The chart is overlaid by a line graph showing the number of deaths by females and males. From 2001 to 2014 there was a 6-fold increase in the total number of deaths. Source: https://www.drugabuse.gov/related-topics/trends-statistics/overdose-death-ratesexternal icon

Overdose deaths involving synthetic opioids other than methadone, including fentanyl, increased by 80% from 2013 to 2014. Reports from law enforcement indicate that most of the synthetic opioid overdoses may be due to illegally made fentanyl. To illustrate, in Ohio, in 2014, preliminary data show 514 fentanyl-related unintentional overdose deaths, almost a 500% increase from 2013 overdose deaths. For health advisory information about fentanyl-related overdose fatalities in Ohio and other states, see http://emergency.cdc.gov/han/han00384.asp.For more fentanyl overdose data see https://www.cdc.gov/drugoverdose/data/fentanyl.html 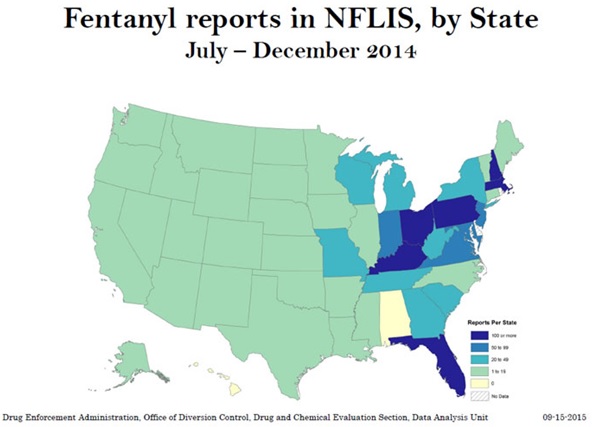 An analysis of the relationship between illicitly manufactured fentanyl seizures by law enforcement and fentanyl overdoses was published in August, 2016, in the CDC Morbidity and Mortality Weekly Report (MMWR). This study revealed that changes in synthetic opioid-involved overdose deaths in 27 states were highly correlated with illicit fentanyl seizures by law enforcement in those states. The figure below is taken from this MMWR study. It depicts the recent increase of synthetic opioid deaths and the increase in illicit fentanyl seizures, described in the figure as fentanyl submissions. 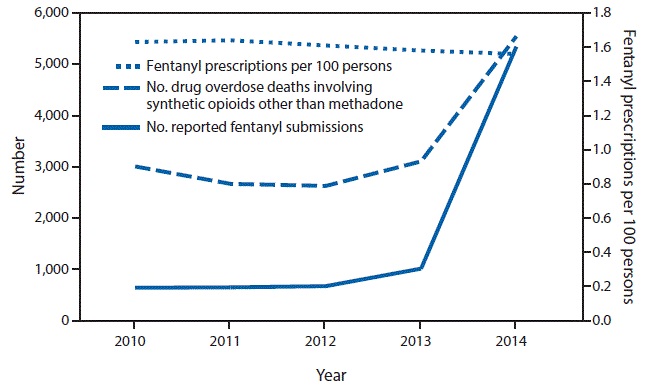