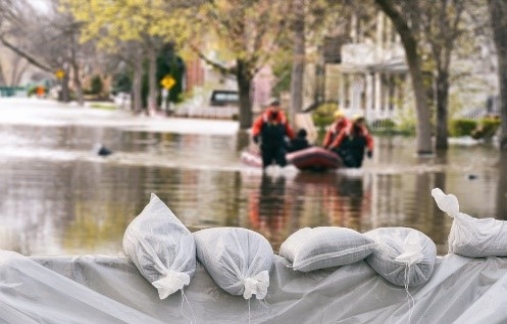 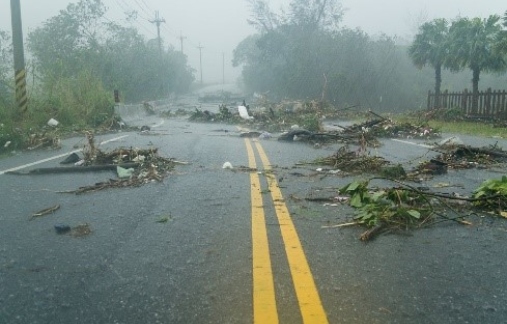 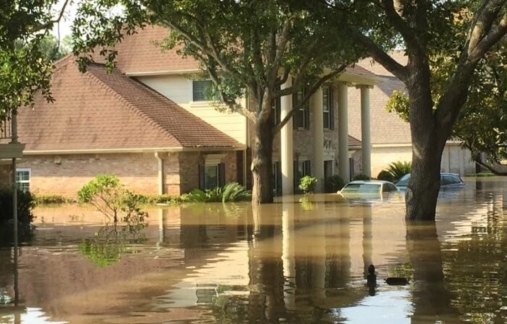 This page offers additional resources to be used during emergency response and recovery activities. The following resources could be potentially associated to hurricanes as unintended consequences of the natural occurrence of events, this includes carbon monoxide poisoning, tree removal, and chemical safety and removal, among others.

Workers deployed for hurricane disaster work need to be aware of the dangers of carbon monoxide (CO) poisonings. CO is an odorless, colorless gas that can cause sudden illness and death if inhaled. When power outages occur during natural disasters and other emergencies, the use of alternative sources of fuel or electricity for heating or cooking can cause CO to build up in a home, garage, or camper and to poison the people and animals inside. Generators, grills, camp stoves, or other gasoline, propane, natural gas, or charcoal-burning devices should never be used inside a home, basement, garage, or camper – or even outside near an open window or window air conditioner.

All relief workers and emergency responders should:

CDC provides guidance to prevent CO poisoning after a disaster that includes a basic overview on preventing CO poisoning after an emergency, clinical guidance, public safety announcements and other educational materials at https://www.cdc.gov/disasters/carbonmonoxide.html.

People use chain saws to clear downed or dangerous trees after natural disasters. The misuse of chain saws can lead to serious injury or death. Safeguards against injury while using a chain saw are necessary to protect the health and safety of emergency response and recovery workers. Besides operation of chainsaws that may lead to injury, other common hazards associated to tree removal are electrocutions and falls. Although OSHA has established regulations relevant to tree trimming operations including the recognition and avoidance of unsafe conditions, and establishment and maintenance of working distances from energized conductors, incidents can still happen. Some controls may include proper maintenance of equipment, use of appropriate protective equipment and training.

The following link provides recommendations to stay safe when using chain saws and avoid injuries. The page brings awareness of the risk of working with these tools and gives advice to be safe.
Preventing Chain Saw Injuries During Tree Removal After a Disaster

OSHA developed a factsheet recommending measures such as the use of personal protective equipment, training and installation of safety areas and controls to properly operate chainsaws according to the skill level of workers.
OSHA Fact Sheet: Working Safely With Chain Sawsexternal icon

Flooding and other damage from hurricanes often cause dangers for emergency responders and other disaster relief workers. Chemicals that were normally stored safely could be released to the environment because of the hurricane damage. Responders could be exposed to chemicals in industrial settings, but chemicals stored in residences, retail establishments, or other places could also be dangers.

Workers should know the hazards of internal combustion engines used inside structures during electrical outages.

Workers need to know about chemical agents to plan for possible risks from chemical releases. Several chemical databases give detailed information on chemical agents that can be released during emergency response, including how to keep workers from being exposed to these agents.

First responders can use the Chemical Hazards Emergency Medical Management (CHEMM) siteexternal icon, which reports on categories of chemicals based on symptoms of toxicity.

If responders find hazardous chemical containers or leaking materials, they should take measuresexternal icon to protect themselves, such as moving to a safe distance upwind. Responders should also contact hazardous material response workers to evaluate the risk and remove hazardous substances before responders resume work in the area.

After storms, flood or hurricanes, emergency response and recovery workers may encounter massively affected zones which implies the presence of multiple hazards. This hazards may include electrical hazards, carbon monoxide, musculoskeletal hazards, thermal stress, structural instability, hazardous materials, and fire. Therefore the implementation of safety measures in advance to this events is vital. The following recommended pages list potential hazards and provide information and recommendations to prevent, mitigate and control potential exposures during cleanup activities after different types of disasters.

During cleanup activities workers involved in these activities should be aware of the hazards around them. The following NIOSH update offers general information on how to take protection and prevention measures against cleanup hazards.
NIOSH Warns of Hazards of Flood Cleanup Work

Residents may have connected a portable generator to the house. This can cause backfeed where power flows in the opposite direction from its usual flow or voltage can be present on a conductor or associated equipment after it has been disconnected from its normal source. Because of this, workers restoring power to homes may be exposed to electrocution from backfeed power. NIOSH recommends taking the steps below to stay safe when working around sources of electricity.

Electrocution is a hazard after natural disasters. The following page informs about the effects backfeed and recommends safety measures that could be installed to prevent any injury as a consequence of electrical energy work.
Electrical Safety and Generators

Electricity is a workplace hazard, OSHA has a page dedicated to inform workers on the dangers associated to electrical work. The page explains and provides safety advice to prevent Hazards such as electric shock, electrocution, explosions and fires.
Safety and Health Topics: Electricalexternal icon

The Emergency Responder Health Monitoring and Surveillance™ (ERHMS) framework recommends actions for keeping workers safe in any emergency, large or small, and in any setting, including natural disasters. This information applies to emergency responders and recovery workers, as well as volunteers. The following links provide a general overview of the framework that focuses on responders’ safety during the different phases of emergency response passing through pre-deployment, deployment and post-deployment phase.

These pages give an overview of the ERHMS framework, explain each phase of ERHMS and presents other resources such as online training, factsheets, documents and a software based on the framework. There is also a technical assistance document offering guidance through all the process and detailing all the steps involved in the implementation of the framework. Decision makers have a useful tool to include the ERHMS framework during a decision process with detailed examples.

Hurricane flooding can disturb fire ants. They cling together and float in floodwaters, and they can bite and sting responders and recovery workers. The following link provides general information and recommendations on how to protect workers from fire ants.

Hurricane responders and workers can face heat stress because these storms often strike in tropical environments that are hot and humid. Responders also perform physically demanding tasks and sometimes wear protective equipment and clothing, which can trap heat.

OSHA-NIOSH developed a safety tool app ready to use for outdoor work. The tool offers indicators of heat levels and the risk associated to that heat index. The app is interactive and also offers recommendation to plan outdoor work activities.
OSHA-NIOSH Heat Safety Tool App (Available in Spanish when phone language settings are set for Spanish)

Responders and workers can come into direct contact with human remains, where blood and body fluids, feces, and gastrointestinal toxins pose the greatest risk. Human remains can contain viruses such as Hepatitis A, B, C and HIV, as well as bacteria that can cause diarrheal diseases (E. coli, enteritis, cholera, and Shigella). Remains can also carry respiratory diseases such as tuberculosis. Responders and workers should use personal protective equipment (PPE) to protect their skin and mucous membranes. Suitable precautions include training in how to use body bags, disposable gloves, and good hygiene practice. Vaccinations can help prevent infections such as hepatitis B and tuberculosis. Some workers may be given antibiotics before possible exposures. The following documents were developed to inform workers of the hazards related to enter in contact with human remains and offer recommendations to protect themselves.

Workers deployed for hurricane disaster work should have medical screenings before they might be exposed to hazards related to natural disasters. This health screening should report on the baseline physical health, pre-existing medical conditions, emotional health, and on immunization status. Learn more below about medical screening for responders and workers.

Note: Travelers to Puerto Rico and the U.S. Virgin Islands have additional vaccinations recommended beyond what is stated in the following two links.

There are some special recommendations for travelers to Puerto Rico and the US Virgin Island. Health Information and Vaccination Information for Travelers can be found in the following links.

Mold exposure and damp indoor environments have been linked with health symptoms that include asthma, allergies, and respiratory infections. People who have compromised immune systems or pre-existing conditions such as asthma may have a higher risk of mold infections and health problems if they perform mold clean-up.

Below are personal protective equipment commonly used to clean up mold.

Rescue workers and emergency responders can face many hazards during and after hurricanes and flooding. Responders and their employers can minimize or eliminate these hazards by selecting and using the right personal protective equipment for the type of response.

Hurricane and flooding damage can increase the chance of emergency responders falling. Falls from heights (including stepladders and one-story structures) are more likely to result in death—but slips, trips, and falls on the same level happen more often and can still cause serious injury.

This factsheet provides tips on how to prevent slips, trips and falls when working as a disaster responder.
Protecting Workers From Slips, Trips, and Falls During Disaster Responsesexternal icon

NIOSH developed a safety app for the use of ladders. The website offers a link to download the app and has a user’s manual showing the correct use of ladders to prevent falls and injury.
Ladder Safety app

Responders or employers can minimize or eliminate respiratory hazards by selecting and using the best respiratory protection for the type of response.

Natural disasters can be traumatic for first responders and recovery workers, who may encounter severely injured children or adults, dead bodies or body parts, and colleagues who are killed as they serve.

The NIOSH Traumatic Incident Stress resource describes stress symptoms (physical, cognitive, emotional, and behavioral), and it recommends on-site monitoring and maintaining the health of emergency workers after they respond to a traumatic event.

Even in ideal conditions, workers who direct traffic can be seriously injured or killed if a passing vehicle hits them. Workers with no training in controlling traffic may have to direct traffic after roadway incidents or as they respond to the natural disaster. Learn more about directing traffic by viewing the resources below.

In the aftermath of natural disasters, basic necessities such as water, food, medicine, and gas can become scarce. Because of power or Internet outages, local people and businesses may have to use cash instead of credit. These shortages may lead to hostility, looting, and violence. Follow all local and employer-provided guidance to lessen the chance that you will be harmed in violence as you respond to the disaster. The following link offers general information on how to cope with stress and prevent violence after an emergency.

Preventing violence after a natural disease

Large operating vehicles and equipment can seriously injure or kill workers-on-foot. Workers can take steps to reduce this hazard. Learn more by using the resources below.

Emergency responders and aid workers often face long shifts and work many hours a week. Working long hours, irregular hours, and at night can cause responders to lose sleep, and this puts their health and safety at risk. Sleep-deprived workers can be seriously injured or killed because of worker errors, vehicle crashes, and illnesses caused by prolonged loss of sleep. NIOSH provides recommendations to reduce risks associated with long hours of work and offers a special document for workers and responders involved in long shifts during Ebola outbreaks. These guides define fatigue scenarios and give recommendations to prevent worker fatigue.