Back to the future. Many thanks to our readers who voted for a year-in-review theme! We’re excited to share this issue of Behind the Wheel at Work, which highlights not only what has been done recently in the field of motor vehicle safety — but also where it seems to be heading in the upcoming year.

Rewind. Catch up on Volume 1 Number 4 of the newsletter, which includes educational resources to help you reassess your motor vehicle safety program and get inspired.

What motor vehicle topic did you find most interesting in 2016?  Share your thoughts by emailing kur4@cdc.gov.

The road ahead: Using your input to guide our direction 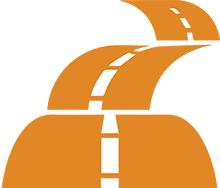 The NIOSH Center for Motor Vehicle Safety is excited for the road ahead. We are now halfway through our 5-year strategic plan and spent this year conducting a midcourse review to demonstrate progress made since the plan’s start in 2014. That process involved internal and public input from those – like you – who value the future of motor vehicle safety. We believe the assessment will facilitate growth in existing research areas of strength and has helped us identify those of potential strength. That translates to more practical knowledge for the road safety community.

In 2017, we plan to extend this process by improving our understanding of the Center’s target audience: employers. How? Focus groups will help us learn what topics, formats, and channels employers prefer when receiving and sharing safety information.

Stay tuned for more on our journey! And remember, we always value reader feedback as we want to tailor this newsletter’s content to your interests.

Consider providing your drivers with an emergency kit that includes a flashlight, extra batteries, flares, blanket, and bottled water.

The NIOSH Center for Motor Vehicle Safety recently added a new member to its leadership. Kyla Retzer, MPH is an epidemiologist in NIOSH’s Western States Division and has been with the Institute for almost six years, primarily focusing on safety and health issues of workers in the oil and gas extraction industry. Motor vehicle safety research comprises a good portion of her time.

“As a researcher, Kyla has made significant contributions to the Center through her studies of motor vehicle crashes among oil and gas extraction workers and her engagement with key partners in the industry,” says Dr. Pratt. “We are looking forward to benefitting from her experience and insight as she takes on this expanded role within the Center.”

Read Kyla’s Q&A from a previous issue of Behind the Wheel at Work.

How NIOSH is preventing crashes among law enforcement officers 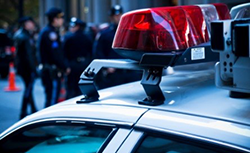 Law enforcement remains a dangerous occupation. The greatest risks facing officers are homicides, suicides, and motor-vehicle deaths. So far in 2016, 133 officers have died while on-duty and 40% of those deaths have been motor-vehicle relatedexternal icon.

Recognizing this significant risk to the safety of those who risk their lives daily to protect our communities, NIOSH developed a multi-faceted program of research and outreach to prevent motor vehicle crashes among law enforcement officers (LEOs).

The CMVS program for LEO motor vehicle safety has used a variety of channels to increase crash risk awareness among police departments, LEOs, and the research community. Outreach activities include a web page, articles in law enforcement trade journals, presentations at conferences attended by leaders in the law enforcement community, and a one-page flyer with safety information for front-line LEOs.

How do I find and interpret motor vehicle crash data? Part 1 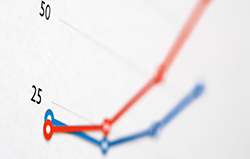 General information on motor vehicle crashes and driving risks can help you make the case for more program resources or compare your organization to state or national data. Readers asked NIOSH for help in finding national or state statistics on motor vehicle crashes and related topics. Although most of this information focuses on fatal crashes and is not available specifically for workplace driving, it can still be a powerful tool.

What kinds of questions can these resources help you answer? Let’s say you’re expanding your business from Colorado into Utah and Wyoming, and you want to know whether there’s anything in the Utah and Wyoming statistics to indicate that your motor vehicle safety program should focus on particular risks for your drivers in those locations.

Here’s just a sample of what you can learn and how you might interpret these data.

From Seat Belt Use in 2015 – Use Rates in the States and Territoriesexternal icon:

The NIOSH Center for Motor Vehicle Safety recently released our first infographic, inspired by our goal to make sure that those who work in or near vehicles come home safely at the end of their workday.

Titled “Keep workers safe on the road,” the infographic answers the question: Why does workplace motor vehicle safety matter?

Content covers the human and economic impact of work-related crashes, making the infographic a useful resource for HR or safety professionals to make a business case for a motor vehicle safety program in the workplace.

The National Highway Traffic Safety Administration (NHTSA) offers free online marketing resources. Implementing ready-made campaigns that communicate road safety information in an engaging format can be an effective way to promote positive behaviors behind the wheel – a change that can also reach workers’ family and friends. Get materialsexternal icon in English and Spanish for campaigns including speed prevention, seat belts, distracted driving, and more.

NHTSA’s 2017 Communications Calendarpdf iconexternal icon is also a go-to planning resource for discovering when specific traffic safety campaigns are observed throughout the year. What road safety marketing resources do you need? Email requests to kur4@cdc.gov. You may inspire a future NIOSH product!

Please send your comments and suggestions to us at kur4@cdc.gov.