On August 8, 1999, three volunteer fire fighters were burned, one (the victim) critically, while trying to control a Recreational Vehicle (RV) fire beside a single-family dwelling. The victim died 8 days later due to full thickness burns (third degree) over 96% of his body. Two volunteer fire departments responded to this incident: Volunteer Fire Department #1 (VFD #1) with Engine 1, staffed by a driver/operator; and Volunteer Fire Department #2 (VFD #2) with Engine 2, staffed by a driver/operator and one fire fighter (the victim) who rode as the passenger in the cab of Engine 2. Another fire fighter from VFD #2 responded to the scene in a privately owned vehicle (POV). Engine 1 arrived on the scene and was positioned in the driveway of the dwelling. The driver/operator used the booster line to protect the exposed side of the dwelling and then tried to control the RV fire. Engine 2 arrived less than 5 minutes later and also took a position in the driveway. While fire fighters from Engine 2 attempted to place in service the pre-connected 1½-inch attack line from the rear hose bed of the apparatus, the RV’s gasoline tank ruptured, releasing about 50 gallons of gasoline. The gasoline ignited, and the burning fuel spilled down the inclined driveway. All three members of VFD #2 suffered thermal injuries. None of the fire fighters were using Personal Protective Equipment (PPE) or wearing protective clothing at the time the gasoline tank ruptured. NIOSH investigators conclude that, to minimize the risk of similar occurrences, fire departments should 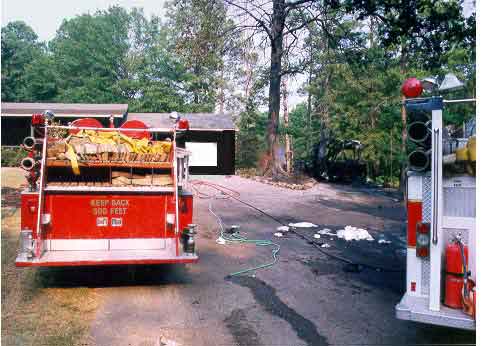 Photo 1. Taken from the road

On August 8, 1999, a 29-year-old male volunteer fire fighter (the victim) suffered full thickness burns over 96% of his body which led to his death. The victim and two other fire fighters responded to assist a nearby fire department extinguish an RV fire. None of the fire fighters on the scene were using Personal Protective Equipment (PPE) or wearing protective clothing. On August 18, 1999, the United States Fire Administration notified NIOSH of this incident, and on October 5, 1999, a NIOSH investigation team consisting of the Senior Fire Fighter Investigator, a Safety Engineer, and an Occupational Safety and Health Specialist traveled to Arkansas to investigate the incident. Meetings were conducted with a Criminal Investigator from the Sheriff’s Office, responding emergency medical personnel, the Fire Chief of VFD #2, and fire fighters from both responding departments. Photographs used in this report are courtesy of the Sheriff’s Office. NIOSH investigators examined the victim’s training records. The State of Arkansas requires all fire departments that participate in an Insurance Premium Rebate Program1 to comply with minimum training requirements. During the 1991 legislative session, the State of Arkansas enacted an Insurance Premium Rebate Program; 0.5% of the insurance premiums sold in the State are set aside for use by fire departments that meet the requirements of the program. The Insurance Premium rebate program establishes the minimum training requirements as three required modules: (1) Introduction to Fire Protection, (12 hours); (2) Personal Protective Equipment, (12 hours); and (3) Wildland Fire Suppression, (4 hours). This department participates in the Insurance Premium rebate program, and the victim’s training records reflect that he completed the required 28 hours of training. Ongoing training within this department is provided in two monthly drills. The victim had 6 years of experience as a volunteer fire fighter. The fire department involved in this incident serves a population of less than 1,000 people in a rural region covering several hundred square miles of the County. Comprised of 21 volunteer members, the fire department is primarily funded by taxes from the local community and the State’s Insurance Premium rebate program. The department receives about $7,000 from the Insurance Premium Rebate Program and $5,000 per year from local tax funds. The combined Fire/EMS call volume is less than 100 calls per year.

On Sunday, August 8, 1999, at 1503 hours, a resident called the 911 Center to report a fire involving an RV parked in the driveway of the resident’s dwelling. VFD #1 was notified of the call for assistance, and one volunteer fire fighter responded to the call in his POV. On his way to the fire station, the fire fighter stopped at the scene to assess the situation. He continued to the fire station and then returned to the fire scene as the driver/operator of Engine 1. At that time, Engine 1 had no other fire fighters on board. Engine 1 is a 1990 commercial chassis and cab with a 750-G.P.M. pump and a 500-gallon water tank. Engine 1 is equipped with two, 1½-inch pre-connect attack lines, 150 and 250 feet in length respectively. VFD #1 pre-sets the nozzles on both 1½-inch attack lines at 95 G.P.M. Engine 1 is also equipped with a 150-foot, 1-inch booster line. The nozzle on the booster line is set at 30 G.P.M. Two Self-Contained Breathing Apparatus (SCBA) units are mounted in “walk-away” brackets on the side of Engine 1. A member of nearby VFD #2 was monitoring the radio and offered assistance by requesting to be dispatched on this call. The 911 Center granted permission and Engine 2 responded with a driver/operator and one fire fighter (the victim). The victim rode to the call as the passenger in the cab. Both fire fighters put their protective clothing on Engine 2; however, they did not wear it. Another fire fighter from VFD #2 responded to the scene in a POV. Engine 2 is a 1978 commercial chassis and cab with a 750-G.P.M. pump and a 500-gallon water tank. Engine 2 is equipped with two, 1½-inch pre-connect attack lines, both 50 feet in length. All four SCBA units on Engine 2 are packed in boxes and stored in the rear equipment compartment. VFD #2 pre-sets the nozzles on both 1½-inch attack lines at 95 G.P.M. Engine 2 is also equipped with two, 150-foot, 1-inch booster lines. The fire started in the engine compartment of the RV as the owner was driving home from a lake in the area. The owner attempted to fight the fire but then called the 911 Center to request assistance. The RV-built in 1976-was a 28-foot fiberglass, gasoline-powered motor home. The gasoline tank held approximately 50 gallons and had been recently filled. When the fire fighter from VFD #1 initially stopped at the scene, the RV was significantly damaged by the fire, and when he returned with Engine 1 the RV was a total loss. The fire fighter positioned Engine 1 near the bottom of the inclined driveway, about 40 feet behind the rear end of the RV. Some nearby citizens were using a garden hose to cool the side of the adjacent single-family dwelling. The fire fighter from Engine 1 engaged his pump and pulled the 1-inch booster line to cool the adjacent dwelling and to control the smoldering RV. About 5 minutes after Engine 1 arrived, Engine 2 arrived and was also positioned in the driveway about 35 feet to the rear and to the side of the RV on the downhill slope (Figure #1). The fire fighter who drove a POV to the scene followed Engine 2 and parked the car on the road. None of the personnel from VFD #2 were wearing protective clothing nor using Self-Contained Breathing Apparatus (SCBA) while operating at this fire. The fire fighter from VFD #2 who drove a POV had not been issued any protective clothing by the department. This firefighter was wearing shorts and a short-sleeved shirt while fighting this fire. The driver/operator of Engine 2 directed the victim to pull one of the rear 50-foot, 1½-inch pre-connects from Engine 2 and attack the smoldering RV. As the victim was advancing the uncharged 50-foot, 1½-inch pre-connected hose line toward the RV, the fire fighter who responded in the POV was at the rear of Engine 2 clearing the hose from the hose bed. The fire fighters heard a loud popping sound that originated in the rear of the RV. The gasoline tank had ruptured and spilled its contents. By this time, the victim had moved closer to the rear of the RV (Figure #1), but his 1½-inch pre-connected hose line was not yet charged. The fire fighter at the rear of Engine 2 heard a warning being yelled out about the burning gasoline flowing toward them. The burning gasoline engulfed Engine 1 and caused significant damage. The flame front caused the motor to quit operating, thus shutting down the pump on Engine 1 and the booster line being used from the engine. The burning gasoline continued downhill and engulfed the victim, causing full thickness burns over 96% of his body. The driver/operator of Engine 2, still in the cab, saw an orange ball of fire coming toward the engine and was forced to flee. The driver/operator suffered partial thickness burns on his back as he fled the cab of Engine 2. The fire fighter at the rear of Engine 2 was also forced to flee due to the heat and received partial thickness burns on the arms and legs. The intense fire was of a very short duration, reportedly lasting less than 15 seconds. After the fire passed, the victim was found lying on his back. His tee shirt, blue jeans, shoes and one sock had been burned off. The driver/operator of Engine 2 returned to the engine and radioed the county dispatch center for emergency medical and additional assistance. Two paramedic ambulances were dispatched at 1538 hours and traveled approximately 22 miles to arrive on the scene at 1557 hours. The victim was treated on the scene then transported to a local hospital for stabilization before being airlifted to a burn center. The victim died 8 days later on August 16, 1999. The other two injured fire fighters were transported to the local hospital, treated, and released.

According to the medical examiner, the cause of death was due to severe burns over 96% of victim’s body.

Discussion: SOPs that consider available fire fighting equipment, staffing, and local hazards found within a particular community will provide meaningful guidance for fire fighters, thus reducing the incidence of injuries and fatalities. Easily understood SOPs are a valuable resource for fire fighters when faced with making a wide range of decisions that have to be made within the first few moments of an emergency incident. If all fire fighters understand and use departmental SOPs, it is less likely that they will be injured. At a minimum, departmental SOPs should address these issues:

Recommendation #2: Fire Departments should develop and implement a policy requiring the use of Personal Protective Equipment and protective clothing.7,8

Discussion: The population base served or the number of calls a fire department answers annually are not adequate measures to determine minimum funding. The department receives about $7,000 from the Insurance Premium Rebate Program and $5,000 per year from local tax funds. The average cost to outfit one fire fighter with NFPA-compliant turnout gear, helmet, boots, gloves and protective hood is $1,300. One of the injured fire fighters that responded on this incident, was not issued any protective clothing. The cost of an average SCBA unit costs about $1,800. Given the cost of essential equipment and necessary ongoing training, it would be difficult for a fire department to properly maintain necessary personal protective equipment and ensure that adequate training is provided at this current funding level.

Recently, the United States Fire Administration (USFA) revised a publication entitled Funding Alternatives for Fire and Emergency Services, FA-141. This publication outlines many potential sources of funding. One of the many examples outlined in this USFA publication is the United States Department of Agriculture (USDA) Rural Development Administration which operates a Community Facilities Program that is authorized to make loans and grants to qualifying communities. Many rural communities qualify for grants to acquire the equipment needed for essential community services. PPE and protective clothing are some of the eligible expenditures under this program. To obtain a copy of this USFA publication contact the Publication Center at (301) 447-1189 or fax a request to (301) 447-1213 or visit the USFA publications web site at https://apps.usfa.fema.gov/publications/external icon. (Link Updated 1/29/2013) To contact the USDA Rural Development Administration call (202) 720-1490 or visit their web site at www.rurdev.usda.govexternal icon. 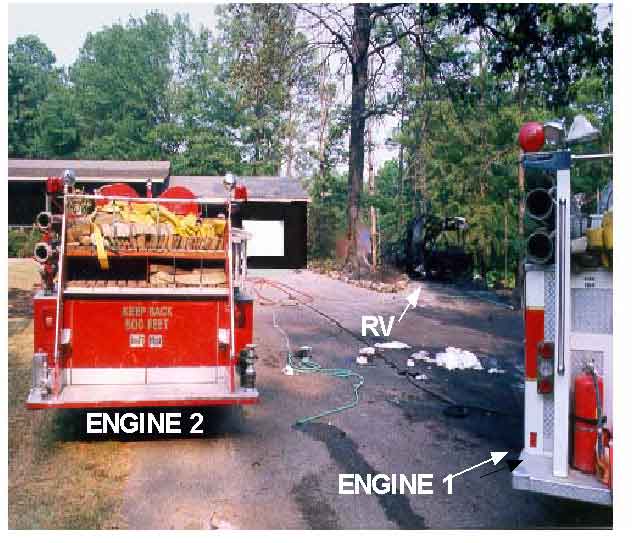 Photo 1. Taken from the road 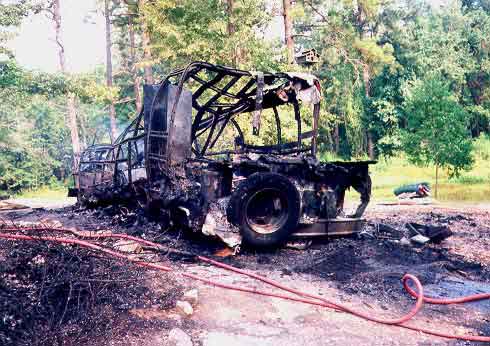 Photo 2. Taken from rear of RV 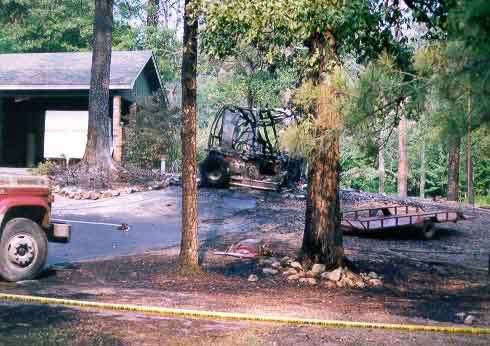 Photo 3. Taken from the road 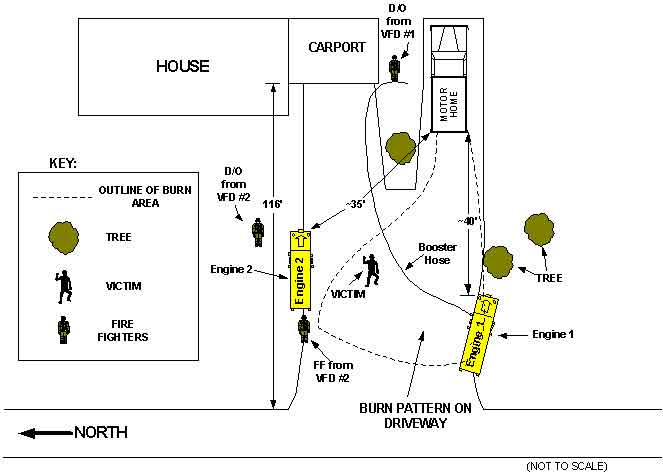