On June 11, 1999, a call came into central dispatch at 1300 hours reporting smoke coming from the electrical closet on the second floor of a large department store. The fire department dispatched two engines, one ladder truck, one ambulance, and one battalion chief. After checking the store, the Chief was informed there was no fire; however, the store lighting was not operable, therefore, all customers were evacuated from the store, and the responding companies were released to return to the station. The Chief requested that the department’s Fire Prevention Bureau respond to further evaluate the situation at the store. The chief engineer of the department store had called an electrician to evaluate the electrical problem and to determine why the emergency generators were not operating. The electrician, an Assistant Chief with the Fire Prevention Bureau, and the Assistant Building Engineer of the store proceeded to the engineering room on the first floor to check out the electrical problem. The electrician began by trouble-shooting the emergency power system which controls the emergency generator and transfers the emergency lighting circuit from the utility to the emergency generator. After testing the transfer panel, he moved to the emergency breaker compartment (480 volts, 200 amps), removed the cover panel, and proceeded to test the circuits. Initial testing showed power on all terminals.

When the electrician started to test the circuits again, a fault occurred, resulting in the formation of a fireball seriously injuring the assistant building engineer and fatally injuring the Assistant Chief and electrician. NIOSH investigators concluded that to minimize the risk of similar occurrences, employers should:

On June 11, 1999, a large department store experienced electrical problems (the interior lights would not work) and a report was made to the fire department that there was smoke in an electrical closet. The fire department responded to the call, but did not find any fire or smoke in the store. The Chief called for assistance from the Fire Prevention Bureau, and an Assistant Chief responded to the call to assess the situation per department policy. The Assistant Chief accompanied a contract electrician, the Assistant Building Engineer, and the Loss Control Manager to the engineering room on the first floor which houses electrical panels for the store. During testing of one of the panels, a fault occurred, resulting in the formation of a fireball, killing the Assistant Chief and the electrician. The Assistant Building Engineer received serious burns. The Loss Control Manager was not injured.

On July 27, 1999, an investigation was conducted of this incident by the Senior Fire Fighter Investigator, Division of Safety Research, and a Professor of Electrical Engineering, West Virginia University. Meetings were conducted with the Fire Inspector and the Chief of the Fire Department, an engineering consultant for the city, and the Loss Control Manager and Chief Engineer for the department store. A site visit was conducted of the incident site.

On June 11, 1999, at 1300 hours a call came into central dispatch from a large department store, stating they had smoke in an electrical room on the second floor, the lights in the store were out, and the emergency lighting generator failed to start automatically. The fire department dispatched two engines, one ladder truck, one ambulance, and one battalion chief. The Chief of the department also responded to assess the situation. After receiving reports from the first arriving engine company that there was no fire in the store, the fire companies that responded were released to return to the station. The Chief requested that someone from the department’s Fire Prevention Bureau respond. The Assistant Chief from the Fire Prevention Bureau responded and the Chief briefed him as to the current condition and situation, i.e., the lights were not operable in the store, no fire was found, an electrician had been called by the store’s chief engineer to check out the electrical problem, and the customers had been evacuated.

The electrician arrived, and along with the Assistant Chief, the Assistant Building Engineer, and the Loss Prevention Manager for the store, they went to the Engineering Room on the first floor which houses several electrical panels. The electrician started trouble-shooting the emergency power system. He first concentrated on the control panel for the automatic load transfer switch, which is supposed to automatically start the emergency generator and transfer the emergency lighting circuit from the utility to the emergency generator for the duration of the utility outage. After testing the transfer panel, he moved to the emergency breaker compartment (480 volts, 200 amps) where the utility power entered the store and fed the emergency lighting circuit as well as other circuits. The electrician removed the protective front panel and noted that there was a melted screw head in the compartment. The compartment contained the emergency power breaker which was fed from the main panel (see Photo #1). He then apparently proceeded to test the breaker for voltage at the incoming (line) terminals using an inexpensive analog multimeter borrowed from the department store maintenance department. The electrician apparently verified power on all terminals (A, B and C), which seems to have been contrary to his expectations. He tested terminal A, and when he tested terminal B, he stated, “that is not right,” and then tested terminal C. He then proceeded to repeat the measurements in reverse order. At approximately 1345 hours, he was placing the meter probe on the central terminal (B), when a fault occurred, resulting in the formation of a fireball. The fault persisted for a few milliseconds, during which time it vaporized the bus bar (see Photo #2) and the steel mounting structure in the vicinity. The fault burned itself out because it consumed the line side bus bars. The Assistant Chief was standing alongside (to the left) of the electrician when the fault occurred, and the Assistant Building Engineer was behind the electrician, observing his activity. Both the electrician and the Assistant Chief were critically injured within seconds by the intense heat (estimated to be in excess of 3000 degrees Fahrenheit) produced by the electrical discharge fireball. The Assistant Building Engineer was severely burned along his left side. All three were transported to local hospitals. The electrician received 3rd degree burns over 98% of his body and died the following day. The Assistant Chief received 3rd degree burns over 93% of his body and died 10 days later.

The cause of death for both victims was listed by the medical examiner as thermal burns.

Recommendation #1: Employers should develop and implement a hazardous energy control program which includes procedures to de-energize, lockout, and tagout any electrical component/system that has a fault or potential fault prior to initiating work.1,2

Recommendation #2: Employers should train workers in the basic concepts of hazardous energy control.2

Employers should train all workers in the basic concepts of hazardous energy control, including the proper procedures for de-energizing, locking and tagging energy control devices, and verifying de-energization prior to initiating work. Workers whose duties involve installation, maintenance, service, or repair work should be trained in the detailed control procedures required for their work situations.

Recommendation #3: Employers should ensure that employees wear the appropriate personal protective equipment when working on energized parts, including voltage testing.3

According to the National Electrical Code, employees working in areas where there are electrical hazards shall be provided with, and shall use, protective equipment that is designed and constructed for the specific part of the body to be protected and for the work to be performed. In this case, working on energized parts, including voltage testing of the emergency breaker compartment, requires the worker to wear the appropriate eye and face protection (ANSI Z87.1), head protection (ANSI Z89.1), gloves (ASTM D 120), footwear (ASTM F 1117), and possible permanent isolation methods such as rubber matting.

Recommendation #4: A flash hazard analysis should be done before being exposed to an energized conductor or part that has not been placed in an electrically safe condition to determine the proper flash-protection boundary.4

The electrical system in this incident is a fixed emergency breaker compartment with 480 volts/200 amps. If the live components are not placed in electrically-safe work conditions, other safety-related work practices, such as personal protective equipment, should be used to protect employees who might be exposed to the electrical and/or burn hazards involved. Additionally, unqualified persons should maintain a distance from exposed energized conductors, including the longest conductive object being handled, so that they cannot contact or enter a specified area. This safe-approach distance is the limited-approach boundary to guard against the shock hazard from energized conductors or circuit components. Also, to guard against electrical arc burns, persons must not cross the flash-protection boundary without appropriate personal protective equipment and must be under supervision of a qualified person. Unqualified person(s) should be advised by the designated person in charge of the work space with the electrical hazard to stay outside of the limited-approach boundary. In certain circumstances, the flash-protection boundary might be greater than the limited-approach boundary, in which case the greater distance should be utilized. As stated by the NFPA, the flash-protection boundary for systems which are 600 volts and below shall be a minimum of four feet.

1. 29 CFR 1910.333. Selection and use of work practices. Code of Federal Regulations, U.S. Department of Labor, Occupational Safety and Health Administration.

2. NIOSH[1999]. Preventing worker deaths from uncontrolled release of electrical, mechanical, and other types of hazardous energy. National Institute for Occupational Safety and Health. 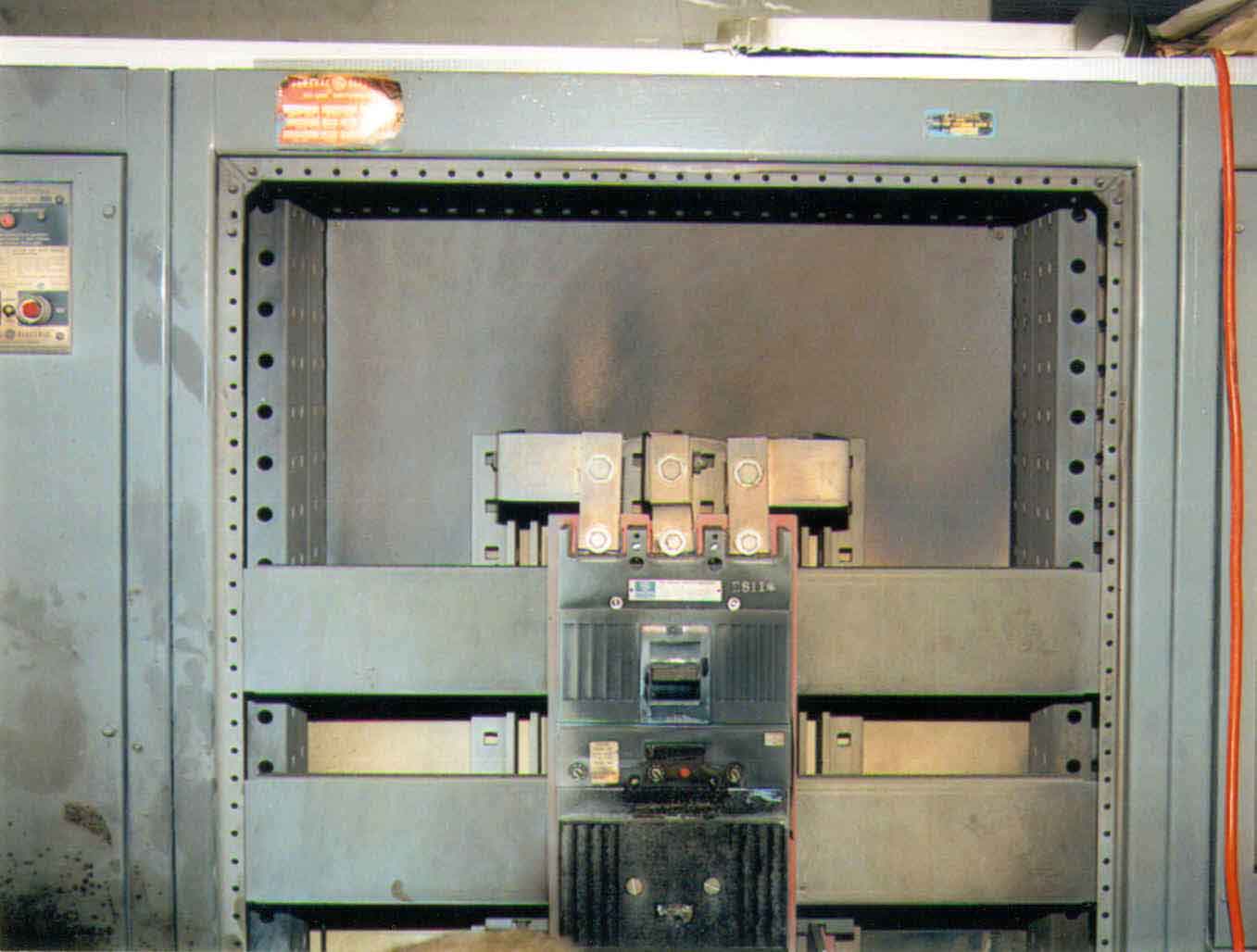 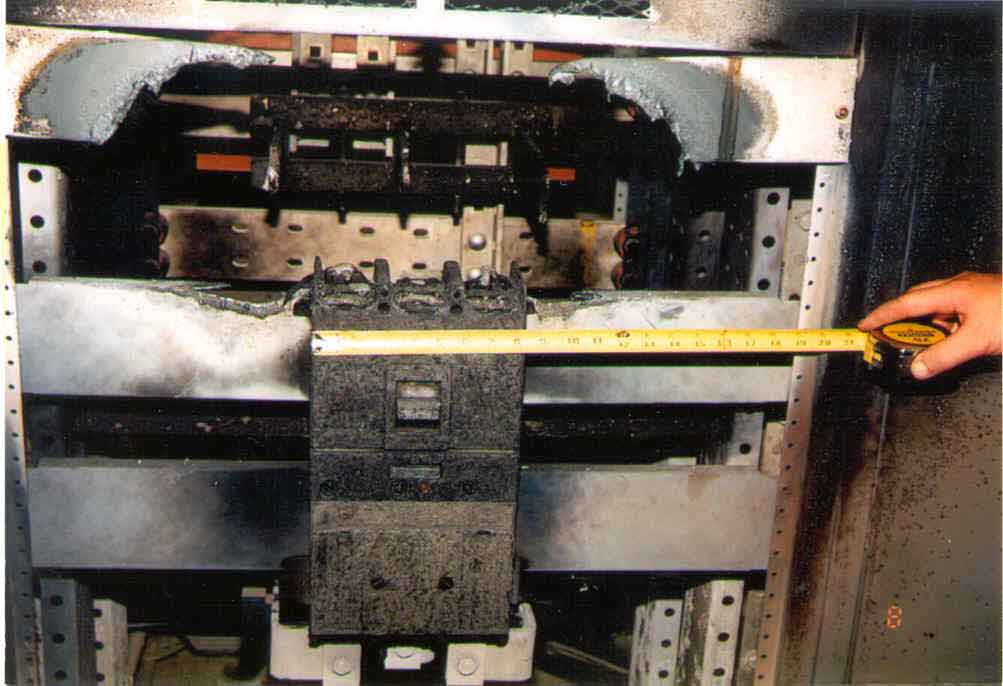