A 28-year-old male volunteer fire fighter (the victim) died after the engine he was driving veered off the road, overtured onto the passenger side and struck a tree. The incident occurred while returning to the station. A volunteer fire department was dispatched to a motor-vehicle incident involving injuries. The Assistant Chief, who was first to arrive via his privately owned vehicle, assessed the scene and determined that no one was injured. He canceled Engine 252 and the rescue truck, which were en route to the scene. While driving to the station, the victim apparently steered the Engine toward the shoulder of the road to provide more room for oncoming traffic. As he approached the shoulder, the right rear dual tires went off the road. Due to the insufficient hard shoulder and the steep incline of the ditch beside the road, the victim was unable to get the Engine back onto the road. Continuing off the road and into the ditch for approximately 280 feet, the Engine overturned onto the passenger side, striking a large tree. The victim was killed instantly. NIOSH investigators conclude that, to minimize the risk of similar occurrences, fire departments should:

On May 2, 1999, a male volunteer fire fighter died after the Engine he was driving veered off the road and struck a tree. The victim was returning to the station from a motor vehicle incident when the right rear dual tires of the Engine went off the road. The Engine continued off the road, overturned onto the passenger side and struck a tree, killing the victim. On May 4, 1999, the U.S. Fire Administration notified the National Institute for Occupational Safety and Health (NIOSH) of this incident. On May 12, 1999, two Safety and Occupational Health Specialists from NIOSH, Division of Safety Research, investigated the incident. They conducted interviews with a State Trooper from the Highway Patrol, the Chief, Assistant Chief, and other fire fighters from the volunteer fire department who responded to the incident. They obtained a copy of the witnesses’ statement, vehicle maintenance records, training records, standard operating procedures (SOPs), field sketches, and the death certificate. The incident site and the vehicle were photographed. The volunteer fire department involved in the incident serves a population of 1,500 in a geographic area of 25 square miles and is comprised of 35 volunteer fire fighters. The Engine involved in this incident was a 4 year-old, HME-custom cab 1871, long four-door. The body of the Engine, manufactured by Marrion, measured 8 feet wide and 32 feet, 2-inches long and it had a T-shaped, 1,000 gallon water tank, equipped with baffles. The Engine was equipped with air brakes and a secondary braking system (output shaft retarder) which was in operation at the time of the incident. The gross vehicle weight was 42,000 lbs., and at the time of the incident, the water tank was full, adding 8,500 lbs. to the total weight of the Engine. The maintenance records revealed no known problems with the Engine; however, the required state inspection expired in April 1999. The weather conditions 24-48 hours prior to this incident included heavy rain; however, at the time of the incident, the road was dry. On the day of the incident conditions were clear and sunny. The victim had a current Class C driver’s license. Note: A Class C license is required by the State Department of Motor Vehicles for any single vehicle with a gross vehicle weight rating (GVWR) of less than 26,001 lbs. Although the Engine weighed 42,000 lbs., the state does not require a class B or higher license (Commercial Driver License) for volunteer departments to operate a vehicle weighing in excess of 26,000 lbs. The victim was wearing his seat belt (lap and shoulder) at the time of the incident. In the past year, the victim received 6.5 hours of driver training and 3 hours of pump operations training through the department. The department requires drivers to demonstrate their driving skills to the Captain before being qualified to drive an apparatus. The victim had 5 years of fire fighting experience which included 3 years experience as a certified driver.

On May 2, 1999, at 1505 hours, a call came into Central Dispatch for a motor vehicle incident involving personal injury. Engine 252 with one fire fighter (the victim), Rescue 2 with one fire fighter, and the Assistant Chief, traveling by privately owned vehicle (POV), responded to the incident. The Assistant Chief arrived first on the scene and assessed the incident. Determining that the incident was minor and no one was injured, he canceled Engine 252 and the rescue truck. Returning to the station, the victim was driving Engine 252, heading southwest on a two-lane state highway. The pavement markings consist of a solid yellow line for the southwest direction, a dashed line for the northeast direction of travel and white edge lines. The shoulder of the southwest lane was narrow and dropped from a steep slope into a ditch. The road measures 19 ½ feet wide from shoulder to shoulder, with a hard shoulder measuring 1 foot, 10 inches on the southwest side (the direction of the victim’s travel) and a hard shoulder measuring 5 feet, 6 inches on the northeast side. On the southwest side, the hard shoulder has a 4-inch drop to the soft shoulder. Although the lane was wide enough to accommodate the Engine, the victim steered the apparatus toward the shoulder to provide additional room for oncoming traffic. Note: The Engine measured 8 feet wide, leaving 1 foot, 3/4-inches available in the victim’s lane. The road surface dipped, possibly causing the victim to oversteer the apparatus as he veered it to the right. The Engine’s right rear dual tires dropped off the hard shoulder onto the soft shoulder, and the victim tried unsuccessfully, to steer the Engine back onto the roadway. The Engine continued off the roadway, slid into the ditch and overturned onto the passengers’ side. The Engine continued sliding on its side until the cab struck a large tree, killing the victim instantly. The Engine traveled 280 feet from the point where the rear tires dropped off the road until it struck the tree (see Figure 1). The driver of the rescue truck, who was approximately 100 yards behind Engine 252 when it went off the roadway, immediately stopped his vehicle and radioed for assistance. Note: The ordnance speed is 45 mph; however, at the time of the incident, the road was under construction and the speed limit signs were removed. Therefore, in the absence of a speed limit sign, the ordnance speed was changed to 55 mph. The driver of the rescue truck stated he was traveling 45 mph at the time of the incident. Basing his estimate on distance traveled, tire impressions and the witness statement, the State Trooper, determined the Engine’s speed as approximately 50 mph. The rescue truck driver called for immediate assistance from the Assistant Chief, who was still on the scene at the first incident. He sent a fire fighter from the first incident to the incident involving the victim. At 1524 hours, Central Dispatch notified a State Trooper who was within a mile of the incident. The State Trooper arrived within seconds and was first on the scene, followed at approximately 1527 hours by the fire fighter from the first motor vehicle incident. The fire fighter began assisting the State Trooper in assessing the victim’s condition. After the Assistant Chief was relived from the first motor vehicle incident, he arrived on the scene at 1529 hours and established scene control. Within minutes of the Assistant Chief’s arrival, an ambulance arrived, and Central Dispatch radioed the Assistant Chief to determine if a medical helicopter was needed. The fire fighter assisting the State Trooper climbed onto the side of the Engine to reach the victim, and he and the State Trooper determined that the victim was unresponsive with no pulse. Due to the visible condition of the victim, he was pronounced dead at the scene. The Assistant Chief radioed Central Dispatch that a helicopter was not needed. Using his cellular telephone, the Assistant Chief then called Central Dispatch and asked them to page the Chief so he could be notified of the incident. The State Trooper took all notes and pictures required for his report and then turned the scene over to the fire department to begin extrication. At 1535 hours, two additional backup crews consisting of five fire fighters arrived by POV to assist with the extrication. At approximately 1545 hours, the Chief arrived on the scene and assumed scene control. At this time, the extrication was still in progress. A heavy tow truck was called to help pull the Engine away from the tree so that the victim, who was lodged inside the crushed cab, could be removed. The victim was removed at 1735 hours and transferred via ambulance to the local hospital.

According to the death certificate, the cause of death was blunt trauma to the upper abdomen.

Discussion: The State offers a course for fire apparatus driver/operator certification consisting of a written and practical examination. In addition to passing a written examination, students must demonstrate their driving ability by completing an obstacle course set up by the instructor. Once the course is completed, students are given a certificate valid for 5 years, and during this time, students must complete continuous education classes to maintain their certification. This course—offered free of charge upon request to all fire departments—is optional for all volunteer departments. This course would provide drivers with additional standardized training. Additionally, fire departments’ driver training should be in accordance with NFPA 1451, Standard for a Fire Service Vehicle Operations Training Program and NFPA 1002, Fire Apparatus Driver/Operator Professional Qualifications. These standards state that departments should establish and maintain a driver training education program and each member should be provided driver training not less than twice a year. During training, each driver should operate the vehicle and perform tasks that the driver/operator is expected to encounter during normal operations to ensure the vehicle is safely operated in compliance with all applicable state and local laws.

Recommendation #2: Fire Departments should ensure all drivers of fire department vehicles are responsible for the safe and prudent operation of the vehicle under all conditions.4, 5

This incident was investigated by: Kimberly Cortez and Frank Washenitz, Safety and Occupational Health Specialist; from the Surveillance and Field Investigations Branch, Division of Safety Research. 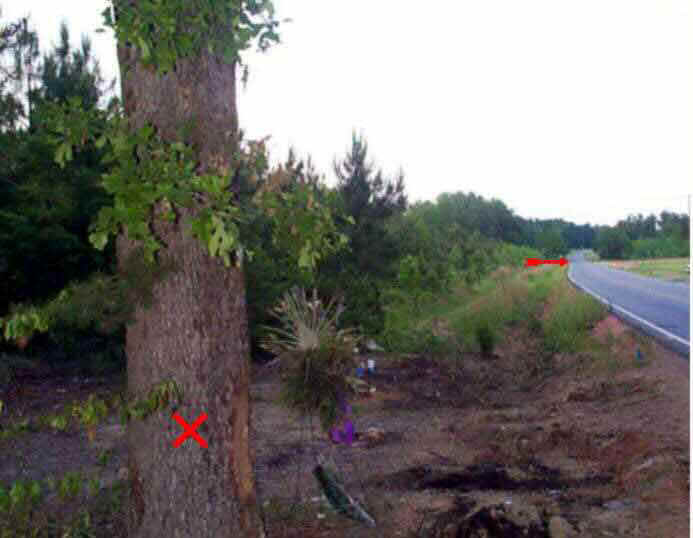 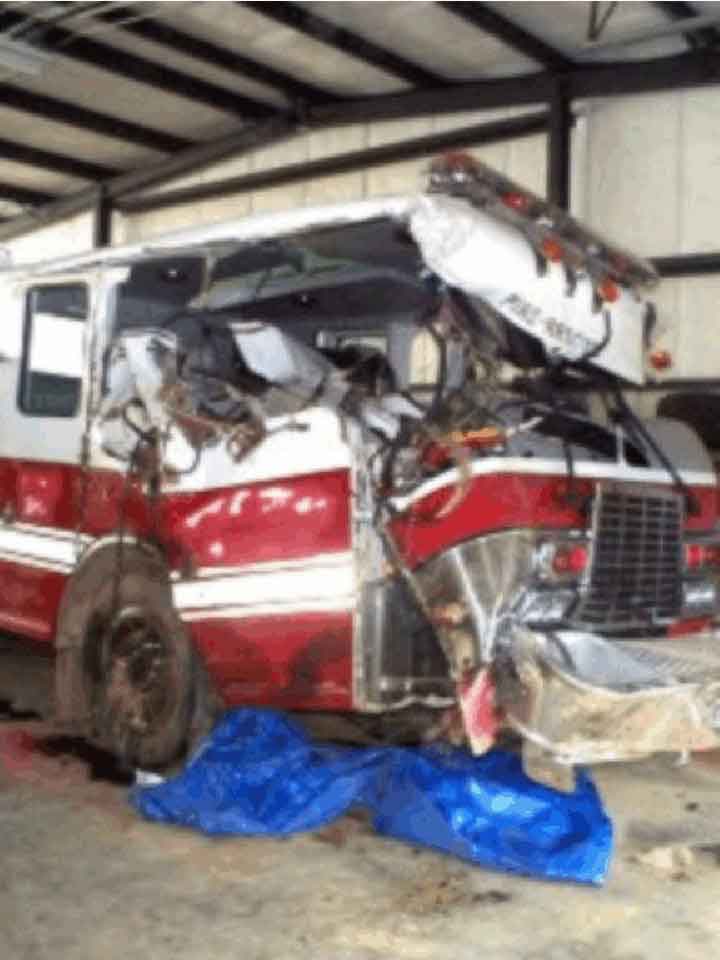 Figure 2: Engine involved in this incident.