On April 6, 1999, two male volunteer fire fighters (the victims), 28 and 30 years old, died while trying to escape a wildland fire burning in hardwood leaf litter. The victims were part of a 10-person, initial-attack fire fighting crew from a local volunteer fire department. After the crew arrived at the fire scene, about 1647 hours, the incident command post was established. The Incident Commander (IC) directed the crew to put on their wildland personal protective equipment and then designated a crew leader (CL) to oversee line construction operations. A plan of attack was discussed and the CL, along with six fire fighters, walked into the forest adjacent to a natural water drain (hollow) where the fire was burning. The CL and fire fighters began clearing vegetation, creating a fire line at the fire site which consisted of about 2 to 3 acres of hardwood litter under a dormant hardwood overstory. The fire line was being established on the left flank of the hollow adjacent to the fire. Creating the fire line, the fire fighters formed a single-file line with the two victims leading. The two victims were using a rake and leaf blower to clear the fire line. As the fire line was being constructed, several spot fires were breaking over the line, and various members of the crew, except the victims, doubled back and reconstructed the fire line. As the fire grew in intensity and spot fires continued to break over the fire line, the two victims became separated from the rest of the crew. The fire, still growing in intensity, moved rapidly up the hollow, and the CL gave the order, by radio, to pull back. One of the victims, equipped with a radio, acknowledged the order and indicated that he and the other victim would pull back. Shortly thereafter, around 1725 hours, the same victim radioed that they had both been burned. This was the last radio transmission heard from the victims. Evidence at the incident site suggests that as the fire began to grow in intensity and move up the hollow, the victims tried to run up the hollow ahead of the fire. As the victims ran farther up the hollow, the terrain became steep (approximately a 45 degree slope), and the fire continued to intensify due to gusting winds and the chimney effect created by the terrain in the hollow. The victims’ bodies were later found about 100 yards from the top of the ridge, where they were pronounced dead. NIOSH investigators conclude that, to minimize similar occurrences, fire departments engaged in wildland fire fighting should: 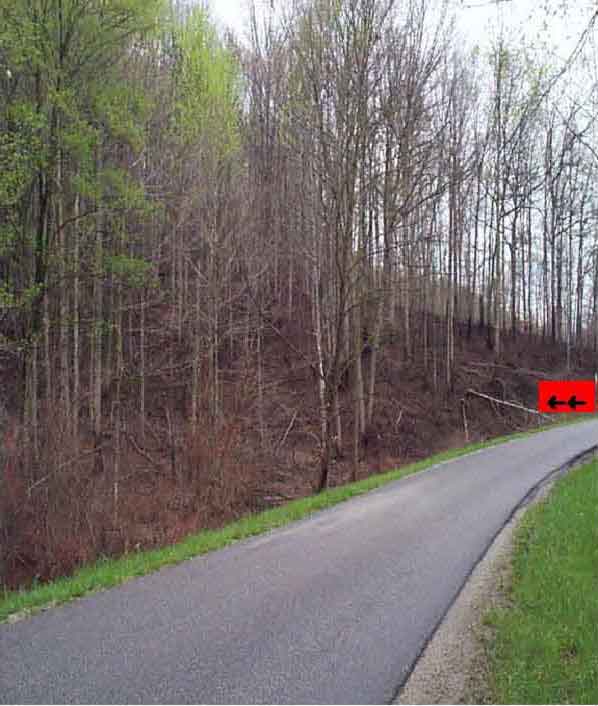 On April 6, 1999, two male volunteer fire fighters, ages 28 and 30 years old, died while fighting a wildland fire. The two fire fighters, both members of a volunteer fire department responding to the wildland fire, were constructing a fire line when the fire intensified. Since the fire blocked their escape route, they tried to run up a hollow ahead of the fire. However, due to the rapid flame spread and steep terrain, the two fire fighters were killed trying to escape. On April 27, 1999, two Safety and Occupational Health Specialists from NIOSH, Division of Safety Research, investigated the incident. They conducted interviews with representatives from the Kentucky Division of Forestry, the Chief and the Assistant Chief of the fire department (Incident Commander the day of the fire), Crew Leader, and other members of the crew involved in the incident. The incident site was visited and the fire scene photographed. Copies of witness statements, death certificates, dispatch records, daily records, training records, and a map of the fire scene were obtained. The volunteer fire department involved in the incident serves a population of 3,000 in a geographic area of 50 square miles and is comprised of approximately 25 volunteer fire fighters. As required by the State, a new volunteer fire fighter must complete 20 hours of training before responding to any emergency activity. This training includes administration and organization, safety, fire behavior, extinguishers, personal protective equipment (PPE), forcible entry, ropes, ladders, fire hose/nozzles/appliances, fire control, ventilation, salvage, overhaul, fire investigation, and driver’s training. In addition to the 20 hours of training completed by new volunteer fire fighters, the State requires 58 elective hours of training to complete certification. The 20 hours of training can be applied to the required 58 hours of training. During 1998, the victims had completed 118 and 119 hours of training. This training included: Safety training, fire alarm & communication, fire behavior, portable extinguishers, PPE, ventilation, ropes, ladders, fire control, salvage, overhaul, emergency medical care, rescue, responder to hazmat incidents, fire prevention/public fire education, emergency & disaster planning, fire investigation, pumper operations & maintenance, fire hose/nozzles/appliances, and driver training.

Although a neighboring volunteer fire department and fire fighters from the Kentucky State Forestry Division were involved in this fire, only the events involving the crew which included the victims will be discussed.

On April 6, 1999, at 1635 hours, a wildland fire was reported to the Kentucky State Forestry Division (KSFD). The fire was believed to have been started when a landowner was burning (clearing out) a fence line and the fire escaped his control. The fire quickly spread into the adjacent hardwood forest of oak, maple, poplar, etc. (see Figure 1). The weather conditions affecting the fire growth included relative humidity at 25 to 30 percent, ambient air temperature between 70° and 80° F, and winds from the west to northwest at 12 to 20 m.p.h. and gusting to 40 m.p.h. Also, the fire was located in a drain (a hollow), with a steep slope of about 45 degrees.

The KSFD dispatched a local volunteer fire department which was the first responding unit, arriving at the fire scene at 1647 hours. The unit consisted of an Incident Commander (IC), a Crew Leader (CL), and eight fire fighters. The IC immediately established command and discussed the fire attack with the CL who was directed to oversee the fire fighting operations. The IC also instructed the fire fighters to put on their wildland personal protective equipment (PPE) which consisted of structural fire fighting helmets, leather gloves, and brush coats. Additionally, the victims were wearing Nomex® shirts and cotton blue jeans. Note: Fire shelters were not available for any of the fire fighting crew. After the fire attack was discussed, two fire fighters remained near the Engine to provided structural protection at a nearby house while the CL and the remaining six fire fighters moved into the forest. The fire fighters started constructing a fire line adjacent to the hollow. At this time the fire had burned about 3 acres of privately owned forest land. Eventually about 153 acres were burned, including about 75 acres of National Forest. Equipment used by the crew consisted of three radios (held by the IC, CL and one victim), rakes and leaf blowers. The two victims were positioned in front of the remaining crew, on the left flank of the hollow, while they constructed their part of the fire line. As the fire moved toward the fire line, gusts of wind caused the fire to jump the line. When this occurred, part of the crew except the victims, doubled back and reconstructed the fire line. The need to reconstruct the fire line occurred several times. The other members of the crew continued to reconstruct the line, while the victims moved farther up the hollow away from the other fire fighters.

In the interim, the IC made radio contact with the Chief from the neighboring fire department which was working the right flank of the fire. They discussed wind conditions; the wind was changing direction and picking up. At this time the IC called the KSFD weather station for an update on the current weather conditions. After being put on hold for 2 to 3 minutes, the IC canceled the call. About this time, the victim with the radio called to advise the IC that his leaf blower was out of gas. Shortly thereafter, in about 2 to 3 minutes, the wind starting gusting causing the fire to move rapidly up the hollow. Also, a number of fire whirls were witnessed by several members of the crew. (A fire whirl is a spinning column of ascending hot air and gases which rises from a fire and carries aloft smoke, debris, and flame. A fire whirl may range from a foot or two in diameter to small tornadoes in size and intensity.) As the fire intensified, the CL used his radio to order everyone to pull back. The victim with the radio acknowledged the order and indicated that he and the other victim would pull back. A minute or two later he transmitted the message that he and the other victim had been burned. This was the last radio transmission heard from the victims. The IC ordered everyone to the command post so a head count could be taken. After taking a head count and talking with the fire fighters for 1 to 2 minutes, the IC directed everyone to stay in the burned-over area to search for the victims. Evidence at the incident site suggests that as the fire began to grow in intensity and rapidly move up the hollow, the victims tried to run up the hollow ahead of the fire (see Figure 2). The farther the victims ran up the hollow, the steeper the terrain became (approximately a 45 percent slope). Gusting winds and the chimney effect created by the topography caused the fire to continue to intensify. Eventually, the fire overtook the victims. Their bodies were later found about 100 yards from the top of the ridge, where they were pronounced dead (see Figure 3).

The cause of death for both victims was listed by the coroner as asphyxia due to environmental oxygen deprivation, smoke inhalation, and acute carbon monoxide poisoning.

Discussion: Fire fighters involved in wildland fire fighting activities should be provided, at a minimum, the PPE and training as described in NFPA 1997 to perform these activities safely. If funds are not available within the volunteer fire department to purchase the appropriate PPE, then State and local community representatives should consider efforts to provide the funding necessary to equip every volunteer fire fighter with appropriate PPE (e.g., flame retardant clothing and fire shelters), and basic wildland fire fighting training. Additionally, as described in the National Wildfire Coordinating Group (NWCG) Fireline Handbook, the use of Nomex® pants or coveralls may have reduced by 36 percent the severity of their burns.

Recommendation #2. Fire fighters who fight wildland fires should be equipped with an approved fire shelter and provided training on the proper deployment of that fire shelter at least annually with periodic refresher training.3,4

Recommendation #4: Fire departments engaged in wildland fire fighting should learn, communicate, and follow the 10 standard fire orders as developed by the NWCG.2

Discussion: The following 10 standard fire orders, as developed by the NWCG, should be learned, communicated, and followed by every fire fighter who is involved in wildland fire fighting operations: 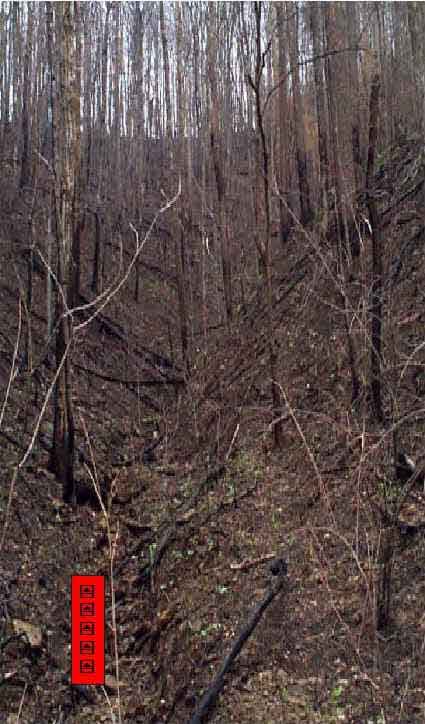 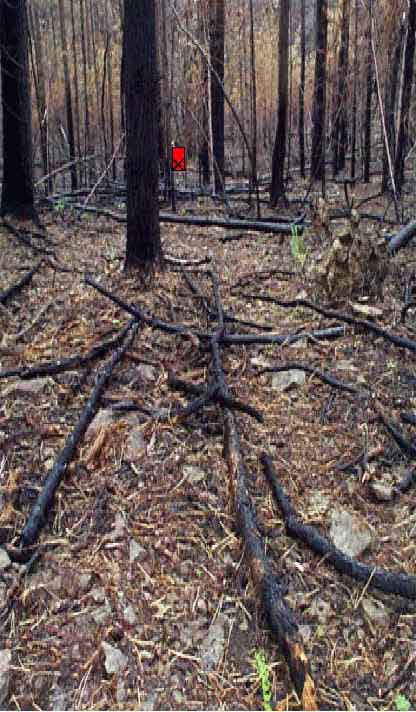 Figure 3. View From Top of Ridge Looking Down at Area Where Victims Were Found