Additionally, manufacturers should take steps to 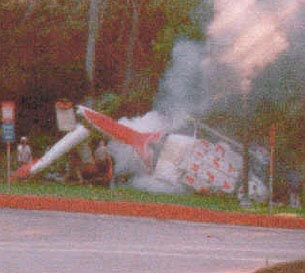 Helicopter involved in the incident

On March 23, 1998, three male fire department members (two fire fighter paramedics and one helicopter crewman) and a female automobile crash victim (victims #1, #2, #3 and #4, ages 33-33-48 and 11-years old respectively), died as a result of injuries received in an air ambulance/helicopter crash. The automobile crash victim was being air lifted to a nearby pediatric trauma center when an in-flight tail rotor system failure occurred. A partial loss of control of the helicopter was experienced and eventually the helicopter plunged to the ground killing three fire department members and the automobile crash victim. Also, two other fire department members on board the helicopter were seriously injured. On March 23, 1998, the National Institute for Occupational Safety and Health (NIOSH) was notified by the United States Fire Administration of the incident. On March 25, 1998, the team leader and a Safety and Occupational Health Specialist from the NIOSH Fire Fighter Fatality Investigation and Prevention Program conducted an investigation into this incident. A meeting was conducted with the coordinator from the National Transportation Safety Board and the fire department team leader from the Significant Incident Investigation Team (SIIT). Copies of photographs of the incident site were reviewed from the fire department along with an estimated timeline of the incident. Also, the helicopter involved in the incident was viewed.

On March 23, 1998, Fire 3 air ambulance/helicopter (a pilot and helicopter crew [two helitacs and two paramedics]) was dispatched at 0716 hours in response to a call regarding a critical automobile crash victim. They arrived on the scene at about 0729 hours and proceeded to land the helicopter at the designated landing site at an elementary school playground. The 11-year old female automobile crash victim was stabilized, placed on a gurney, and loaded onto the helicopter. The pilot lifted the helicopter (a 1976 single engine utility and transport helicopter) off the ground and proceeded in a south-southeasterly direction toward a pediatric trauma center at 0732 hours. About 7 minutes into the flight, the tail rotor was reported to have disengaged from the tail section of the helicopter by an eyewitness on the ground (see Photo 1). A report from the National Safety Transportation Board confirmed that the two tail rotor blades and the adjacent 90-degree gear box were missing from the downed helicopter upon initial inspection of the helicopter. These components were later found about 1 mile north of the main wreckage site, and within 0.1 mile of each other. Upon further inspection, the yoke assembly, which normally secures the rotor blades together and connects to the drive shaft, was fractured. A local metallurgical laboratory reported the yoke had a fatigue fracture, and an investigation was conducted by the NTSB to determine pertinent facts and circumstances related to the event(s), which initiated the fracture1.

The loss of the tail rotor caused the pilot to lose partial control of the helicopter. The pilot transmitted on the radio’s VHF air-to-air frequency that he was experiencing an emergency and was trying to maneuver the helicopter to an open area for landing. As the helicopter was descending, it impacted several tree tops, which turned the helicopter on its left side plunging it to the ground at about 0740 hours (see Photo 2). The helicopter came to rest in a clear area of mountainous parkland on its left side and left nose section. A park ranger observed the landing and after extinguishing a small fire near the engine, called for assistance by radio. Between 0747 and 0752 hours several rescue units arrived on scene, removed all six victims from the helicopter, and transported the two injured victims to a nearby hospital. The crash resulted in four fatalities: two fire fighter paramedics and one helicopter crewman, and the automobile crash victim. Serious injuries were sustained by the two surviving victims. NOTE: As a precautionary measure, immediately following the air ambulance/helicopter incident, the Fire Department suspended all helicopter operations for 36 hours. An assessment of existing flight operations, maintenance procedures, and flight safety was conducted by representatives of the Fire Department and the NTSB. As a result of the assessment, all helicopters were approved to resume full flight operations the morning of March 25, 1998.

According to the medical examiner, the cause of death for all victims was due to multiple trauma injury.

Discussion: The preliminary report issued by the SIIT2 team encourages officers to review a variety of manuals and bulletins on safety and procedures such as Operators Manuals and Training Bulletins, to re-familiarize members regarding existing air operations safety and procedures. The NTSB investigation found that failure to adhere to a number of existing policies and procedures may have contributed to the survival of the victims, for example, the failure to wear helmets. Where appropriate Standard Operating Procedures for helicopters should be updated to reflect current information.

Additionally, manufacturers should take steps to

Recommendation #2: Ensure that manuals regarding helicopter operation and maintenance are clear.

Discussion: The NTSB report noted that an Alert Service Bulletin, which was designed to measure yoke deformation resulting from adverse in-flight or ground handling operations which imposed excessive bending loads, was found problematic in its accuracy due to technical errors in the bulletin and lack of clarity. 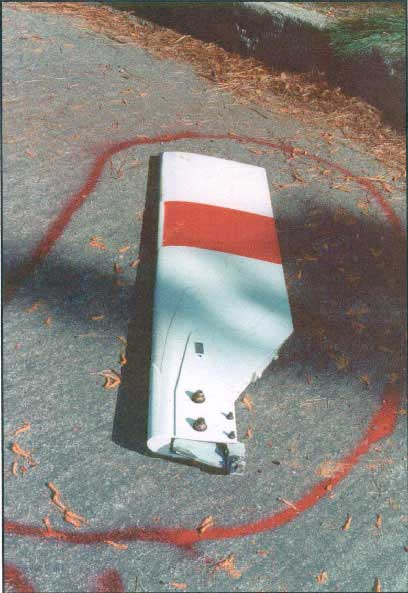 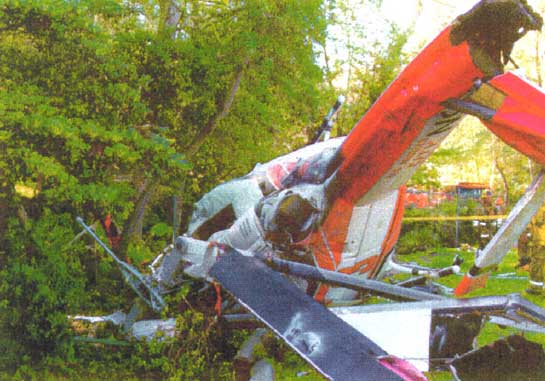