On August 1, 2002, a 48-year-old male volunteer fire fighter (the victim) was severely burned while fighting a wildland fire. The victim was spraying water from the bed of a pickup truck that was equipped with a portable water tank and pump when he fell out of the truck bed into the fire. The victim ran about 200 yards trying to escape the fire, but during his escape attempt, he was severely burned. He died 5 days later from his burn injuries. NIOSH investigators concluded that, to minimize the risk of similar occurrences, fire departments should 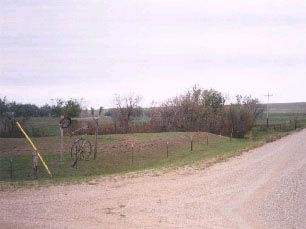 On August 1, 2002, a 48-year-old male volunteer fire fighter (the victim) was severely burned while fighting a wildland fire. The victim was spraying water from the bed of a pickup truck that was equipped with a portable water tank and pump when he fell out of the truck bed into the fire. He died five days later on August 6, 2002, from his burn injuries. On August 7, 2002, the U.S. Fire Administration (USFA) notified the National Institute for Occupational Safety and Health (NIOSH) of this fatality. On September 25-26, 2002, the Team Leader of the NIOSH Fire Fighter Fatality Investigation and Prevention Program investigated the incident. Interviews were conducted with the Chief of the department and another crew member involved in the incident, a representative of the State of South Dakota, Department of Agriculture, Division of Wildland Fire Suppression (DWFS); and with the coordinating Chief of the county fire service. The incident site was visited and photographs of the fire scene were taken. Copies of a map of the fire scene, weather information for the day of the incident, and a preliminary description of the incident from the DWFS were reviewed.

Weather
The ambient air temperature at the time of the incident was 78° F. Relative humidity was 19% and winds were out of the northwest at 11-17 mph.

On August 1, 2002, around 1345 hours, a wildland fire consisting primarily of alfalfa and crested wheat (light fuels) was reported by dispatch through the fire bar. (The fire bar is a fire-related telephone system that simultaneously rings into about 10 volunteer fire fighter households in a particular area when activated by dispatch). The fire was the third consecutive fire in several weeks in proximity to one another, and it was believed to have been started by a nearby landowner. The fire quickly spread through the light fuels over the range area. The terrain was primarily flat with intermittent gentle rolling hills.

Although numerous fire fighters responded to the incident, no incident command system/post was established, and radio communication was sparse between fire fighters. Therefore, as fire fighters arrived on the fireground, they dispersed of their own accord to different areas on the nearly 800-acre site and began fire suppression (see Figure 1). The victim, wearing tennis shoes, denim jeans, tee shirt and a baseball cap, arrived on the fireground near the head of the fire in his privately owned vehicle. He parked on the side of the road and awaited the arrival of other fire fighters.

Another fire fighter heard the fire dispatch over his scanner and immediately secured a 1974 pickup truck that had been equipped with a portable 75-gallon water tank and gasoline pump and drove toward the fireground (see Photo 1). He arrived at the head of the fire at about 1415 hours. He saw the victim sitting in his POV on the side of the road. The victim and fire fighter talked and agreed that the victim would spray water from the back of the pickup truck while the fire fighter drove the truck. The victim climbed into the bed of the truck and the fire fighter drove through the gate into the field near the head of the encroaching fire (see Figure 2 and Photo 2). The fire fighter backed the truck toward the encroaching fire and stopped the vehicle, and the victim began spraying water to suppress the fire. After only a couple of minutes of fire suppression, a gust of wind blew fire and smoke over the truck. The fire fighter immediately pulled the truck forward and to the right. The victim fell from the truck into the fire. Note: It is unknown whether the victim fell from the truck as a result of being overcome by fire and smoke or from the sudden forward movement of the truck.

After pulling the truck into a safe area about 50 yards away, the fire fighter looked back and saw the victim stand up and begin to run. The victim was moving in the same direction as the flame front (south toward the gate) into an area around the gate which was already engulfed in fire (see Photo 2). The victim reportedly ran into the dry creek bed but again was surrounded by heat, flames, and smoke. Eventually the victim ran into a barbed wire fence and became entangled in the wire (see Photo 3). At about this time other fire fighters arrived on the scene and saw the victim entangled in the fence. One of the fire fighters made a radio call “man down,” which alerted the other fire fighters of the situation. One of the fire fighters then called for a life flight helicopter. The helicopter arrived around 1457 hours. Fire fighters removed the victim from the fence to a safe area, where he was then airlifted by helicopter to a nearby city hospital. The victim was transferred to a burn center in another State later that day. He died 5 days later from his burn injuries.

The coroner listed the victim’s cause of death as second- and third-degree burns over 70 percent of the body.

Recommendation #1: Fire Departments should establish, implement, and enforce procedures which include, but are not limited to, combating ground cover fires.1

Discussion: The ability to “pump and roll” is a tremendous advantage when combating ground cover fires. Vehicles with the ability to pump and roll use a separate motor or a power take-off to power the pump. This arrangement enables the apparatus to be driven and discharge water on the fire at the same time as was the case in this incident. According to the International Fire Service Training Association (IFSTA), two methods are proper for making a moving fire attack: “The first is to have firefighters use a short section of hose and walk alongside the apparatus and extinguish the fire as they go,” and “the second is to use nozzles that are remotely controlled from inside the cab.” Procedures should be established, implemented and enforced which prohibit fire fighters from fighting fires while positioned inside the bed of pickup trucks or on other types of apparatus.

Discussion: An Incident Command System (ICS) is used to manage an emergency incident or a nonemergency planned event, and can be used for both small and large situations. The ICS is a standardized, on-scene, emergency management concept specifically designed to allow its users to adopt an integrated organizational structure equal to the complexity and demands of single or multiple incidents without being hindered by jurisdictional boundaries. The ICS should include standard operating procedures to protect personnel from hazards and to keep unauthorized persons out of hazardous areas. The ICS is managed by the incident commander who places himself in an advantageous position for management and leadership of the incident. He begins the command process by evaluating conditions, deciding on overall strategy, and developing a matching attack plan.

Each year, hundreds of wildfires strike the National Forests, range lands, and in some cases the interface zone between wildland and urban areas. Nationally, 95 percent of these fires remain small and relatively simple in complexity, requiring few fire-fighting resources. These fires are classified as Type 4 fires, and they include fires such as the one in this incident.

Following the ICS guidelines, each incident is to have an incident commander to supervise and direct the suppression force. Even though a Type 4 fire may seem small and noncomplex, the IC is responsible for the safety and welfare of the personnel and resources assigned and for the suppression of the fire. The following tasks – derived from the “National Wildfire Coordinating Group Initial Attack Incident Commander Type 4 Student Workbook” – should be performed by the IC when supervising resources in a wildfire situation. Although all tasks are important, several stand out as carrying more weight than others. These tasks are underlined.

Discussion: When fire department personnel respond to any type of emergency scene (e.g., structural fire, motor vehicle wreck, wildland fire, chemical spill, etc.), one of the most important factors required to provide an effective, consistent, and safely managed response is following the standard operating procedures (SOPs) for that emergency situation. A SOP is a standard method in which a fire department carries out routine functions (e.g., wildland fire suppression), and they are used to standardize general activities at any emergency scene. The use of SOPs reduces confusion, increases efficiency, and enhances safety on the fireground. SOPs must be in writing. Section 6-1.2 of NFPA 1500, Standard on Fire Department Occupational Safety and Health Program, suggests fire departments adopt an incident management system that meets the criteria of NFPA 1561 Standard on Fire Department Incident Management System and to establish the system with written SOPs that apply to all members involved in emergency operations. Unwritten directives are difficult to learn, remember, and apply. Committing SOPs to writing also allows members to focus on critical rather than routine decisions. The following information establishes a general framework and starting point for the development of SOPs tailored to fit local conditions. SOPs should be developed to outline and describe an organizational approach to the major categories of fireground activity. They generally include such areas as:

SOPs are characterized by being

Discussion: Volunteer fire fighters provide invaluable services to communities across the nation; therefore, the safety and health of fire fighters should be of paramount importance. Fire fighters involved in wildland fire-fighting activities should be provided, at a minimum, the PPE and training as described by NFPA 1977 to perform these activities safely. If funds are unavailable within the volunteer fire department to purchase the appropriate PPE, then State and local community representatives should consider ways to secure funding necessary to equip every volunteer fire fighter with appropriate PPE (e.g., flame retardant clothing, gloves, safety glasses, leather boots, etc.), and appropriate wildland fire-fighting training. In this case, it is uncertain whether PPE would have prevented this tragic death; however, if proper PPE had been used, the victim’s chances for survival would have been greater. For example, Nomex® pants or coveralls may have reduced the severity of the burns by 36 percent because 36 percent of the body’s surface would have been protected by the pants or coveralls, thereby improving the chances for survival.

Discussion: As noted in the National Wildfire Coordinating Group, Fireline Handbook, common denominators of fire behavior on tragedy fires include the following:

Discussion: The following 10 standard fire orders developed by the National Wildfire Coordinating Group should be followed by every fire fighter who is involved in wildland fire-fighting operations:

Recommendation #7: Fire departments should ensure that the Incident Commander conveys strategic decisions to all suppression crews on the fireground and continuously evaluates fire conditions.8

Discussion: The Incident Commander (IC) should develop fireground strategies to support the incident attack plan and manage assigned personnel. The IC should routinely evaluate the effects of his initial decisions, evaluate fire conditions continuously, and fine tune the attack plan, making changes when necessary. After evaluating the fire conditions, the IC should convey safety-related information to all personnel and maintain communications. On small fireground operations this information could be relayed through face-to-face contact. However, on larger fireground operations where crews become more spread out, this information could be relayed through the use of two-way radios. 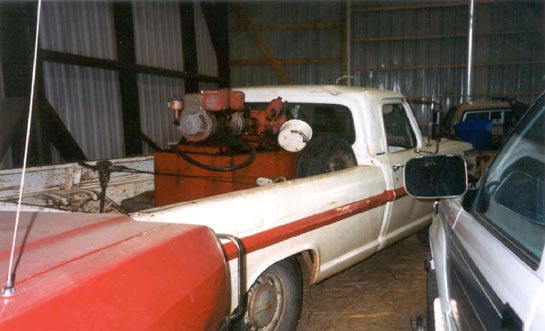 Photo 1. An example of a pickup truck equipped with portable pump