On March 15, 2000, a 62-year-old male volunteer fire fighter (the victim) died from complications due to burns received during a wildland fire operation. The fire started on March 6, 2000 (date of incident), when a property owner burned a brush pile that ignited the surrounding area (Diagram 1). Note: Wind speeds of 21 mph with gusts of up to 36 mph were recorded at the time of this incident. At approximately 1441 hours, Central Dispatch notified the volunteer department of a wildland fire. The Chief and Fire Fighter #1 responded in Engine1and were first to arrive on the scene at approximately 1447 hours. They positioned their apparatus near the origin of the fire on the northwest flank. Engine 2 responded next on the scene, arriving at 1451 hours. The crew consisted of an Engine Operator and Fire Fighter #2, who positioned their apparatus at the head of the fire on the west flank. At approximately 1452 hours, Brush Truck 1 arrived on the scene, manned by Fire Fighter #3, who positioned the apparatus at the northeast flank of the fire. The victim and Fire Fighters #4 and #5 arrived on the scene by privately owned vehicles (POVs) during the times that Engine 2 and Brush Truck 1 arrived on the scene. Engine #2 was positioned outside of a fence line, at the head of the fire, supplying water to the suppression crew (Diagram 2). The suppression crew (the victim, Fire Fighters #4 and #5, and the Engine Operator from Engine 2) were using a 1 1/2-inch brush line to suppress the fire. As the crew moved closer to the fire, the victim was pulling hoseline so that Fire Fighter #4 (nozzle man) could advance the line closer to the fire. The suppression crew decided to cut the fence and drive Engine 2 into the field to attain a better position for fire suppression activities. After pulling Engine 2 into the field, the crew decided to add another section of hose to extend the hoseline. After the extra section was added, the victim was pulling kinks out of the uncharged hoseline as the fire “shifted” directly toward the suppression crew (Diagram 1). Fire Fighter #4, who was on the nozzle, fled the area as he saw the fire shift and received second-degree burns to his face and neck. As the fire shifted the victim was caught in the direct path of the fire and received third-degree burns. Fire Fighter #4 transported the victim to the local hospital by POV. The victim died 9 days later from complications due to burns. The NIOSH investigators concluded that, to minimize the risk of similar occurrences, fire departments should 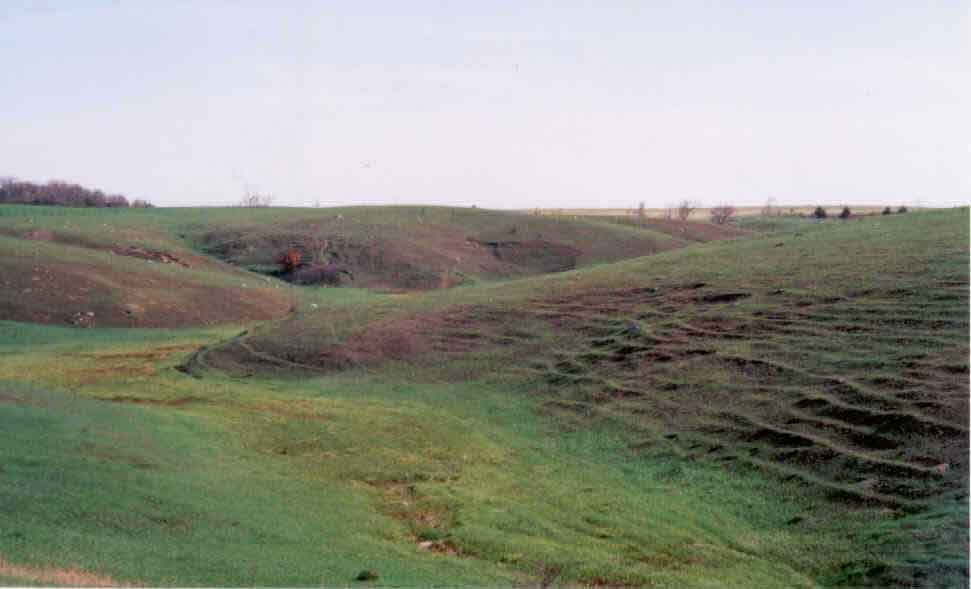 On March 6, 2000, a volunteer fire department responded to a wildland fire. The fire was started when a brush pile that was being burned ignited the surrounding area. A 62-year-old male fire fighter (the victim) was a member of a suppression crew that was positioned at the head of the fire. The fire shifted and the intensity increased due to wind gusts causing the fire to travel directly toward the victim. The victim was in back of the apparatus stretching out the uncharged 1 1/2-inch hoseline as the fire approached. On March 16, 2000, the United States Fire Administration notified the National Institute for Occupational Safety and Health (NIOSH) of the incident. On April 24-25, 2000, an Occupational Safety and Health Specialist and the Team Leader from the NIOSH Fire Fighter Fatality Investigation and Prevention Program investigated the incident. Interviews were conducted with the Chief and other members of the fire department who were at the fire scene. The incident site was visited, the fire scene was photographed, and a map of the fire scene was obtained.

The volunteer department consists of one station and 21 uniformed fire fighters. The department serves a population of 350 in an area of 200 square miles. At the time of the incident the victim was wearing cotton jeans, a cotton T-shirt, tennis shoes, and a baseball cap. Fire Fighter #4 (injured fire fighter) was wearing structural turnout gear.

The incident occurred on a 90-acre pasture. Approximately 58 acres were burned. The terrain sloped approximately 15% downgrade. The weather conditions that affected this fire included a relative humidity of 22%, an ambient air temperature of 74“ F, and a wind speed of 21 mph with gusts of up to 36 mph. The victim had 9 years of fire fighting experience.

The State does not require volunteer fire fighters to complete National Fire Protection Association (NFPA) Level I training or the equivalent. The victim received minimal in-house training through the department, which included the following: Apparatus Operation, First Aid, and Cardiopulmonary Resuscitation.

On March 6, 2000, at approximately 1440 hours, Central Dispatch received a call of a reported wildland fire from the owner of the property. The fire started when the property owner was burning a brush pile that ignited the surrounding area. Note: The brush pile was adjacent to a 90-acre field. The field contained various fuel sources of primarily knee-high dried grasses. At 1441 hours, Central Dispatch notified the local volunteer Fire Department of a reported wildland fire. At approximately 1441 hours, Engine 1, manned by the Chief and Fire Fighter #1, left the station to respond. At approximately1447 hours, the Chief arrived on the scene, confirmed a working wildland fire, assumed Incident Command, and positioned his apparatus at the northwest flank of the fire (Diagram 1). At approximately 1451 hours, Engine 2, manned by an Engine Operator and Fire Fighter #2, arrived on the scene and was positioned at the head of the fire (west flank). At approximately 1452 hours, Brush Truck 1, manned by Fire Fighter #3, arrived on the scene and was positioned at the northeast flank of the fire. During the times that Engine 2 and Brush Truck 1 arrived on the scene, three fire fighters (the victim and Fire Fighters #4 and #5) arrived by privately owned vehicles (POVs). The victim, Fire Fighters #4 and #5, and the Engine Operator from Engine 2 formed a suppression crew at the head of the fire. Engine 2, which was positioned outside a livestock fence that encompassed the fire area, supplied water to the suppression crew. Note: The fire was moving through a ravine, and the original position of Engine 2 was on the upper side of the ravine outside the fence line (Diagram 2). As the nozzleman (Fire Fighter #4) advanced the line into the fenced area, the victim lifted the line over the fence to prevent the line from becoming tangled. At approximately 1518 hours, the suppression crew decided to cut out a section of fence and reposition Engine 2 inside the fence line, keeping their apparatus on the upper side of the ravine. As the Engine Operator repositioned the apparatus, the crew decided to add another section of hoseline. After the additional section of hose was added, the nozzleman moved into place (toward the base of the ravine) with the uncharged line as the victim continued to pull kinks out of the line. Before the line was charged, the fire shifted through the base of the ravine and moved up the other side where Engine 2 had been repositioned (Diagram 2). As the fire moved up the ravine toward the suppression crew, the nozzleman ran toward the fence line to escape the fire and heat. Note: The nozzleman was facing the fire and received second-degree burns to his face and neck. The fire continued up the ravine, traveling toward the victim. As the victim was caught in the fire, he ran toward the fence line away from the path of the fire. He collapsed at the edge of the fence line, due to the burn injuries that he had received. At this time, Fire Fighter #4 drove the victim to the hospital in his POV. The victim was conscious and responsive while en route to the hospital. The victim was then transported to a regional hospital, where he died 9 days later of complications from burns. Fire Fighter #4 was treated for burns and released.

According to the medical examiner’s report, the cause of death is listed as sepsis as a result of extensive thermal burns due to a grass fire.

Recommendation #1: Fire departments should ensure that all fire fighters receive training equivalent to the NFPA Fire Fighter Level I certification.1,2

Discussion: As stated in NFPA 1001, For certification at Level I, the fire fighter shall meet the job performance requirements defined in sections 3-2 through 3-5 of this standard and the requirements defined in chapter 2, Competencies for the First Responder at the Awareness Level, of NFPA 472, Standard for Professional Competence of Responders to Hazardous Materials Incidents.

Discussion: As stated in NFPA 1051, The wildland fire fighter I shall meet the job performance requirements defined in sections 3-1 through 3-5 of this section.

Recommendation #3: Fire departments should ensure that the department’s standard operating procedures (SOPs) are developed, followed, and refresher training is provided.4,5,6,7,8

Discussion: When apparatus operators position fire apparatus, they must consider the potential for conditions to worsen before the emergency is brought under control. Properly positioned fire apparatus on the fire scene will provide fire fighters a safe area to exit, perform pump operations, retrieve necessary equipment from storage locations during the entire course of the emergency, and provide a direct route of escape if the crew needs to evacuate their location. In this situation the steep terrain and fast burning fuels increased the potential for the fire to burn across the slope below the crews and sweep uphill to trap them.

As stated in the Fireline Handbook: In the wildland fire environment, Lookouts, Communications, Escape Routes, and Safety Zones (LCES) is key to safe procedures for firefighters. The elements of LCES form a safety system used by fire fighters to protect themselves. This system is put in place before fighting the fire: select lookouts, set up a communication system, choose escape routes, and select a safety zone or zones. LCES is a self triggering mechanism. Lookouts assess and reassess the fire environment and communicate threats to safety to the fire fighters. Fire fighters use escape routes to move to safety zones. LCES is built on two basic guidelines: 1. Before safety is threatened, each fire fighter must be informed how the LCES will be used. 2. The LCES system must be continuously re-evaluated as conditions change.

Recommendation #4: Fire departments should ensure that the Incident Commander conveys strategic decisions to all suppression crews on the fireground and continually reevaluates fire conditions.8,9

Discussion: The Incident Commander (IC) should develop fireground strategies to support the incident attack plan and manage assigned personnel. The IC should routinely evaluate the effects of his initial decisions, reevaluate fire conditions, and fine tune the attack plan, making significant changes when necessary. Upon reevaluating the fire conditions, the IC should convey safety-related information to all personnel and maintain communications. On small fireground operations this information could be relayed through face-to-face contact. However, on larger fireground operations, as crews become spread out, this information could be relayed through the use of two-way radios.

Recommendation #5: Fire departments should provide fireground personnel with personal protective equipment and monitor to ensure its use.9 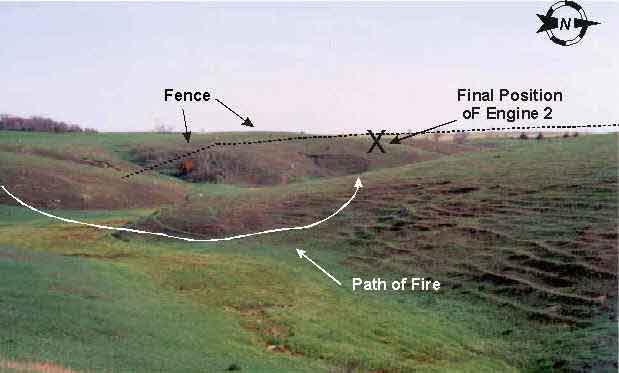 Diagram 1. Photograph of the incident site, indicating the approximate locations of the fence
line, the final position of Engine 2, and the path of the fire. 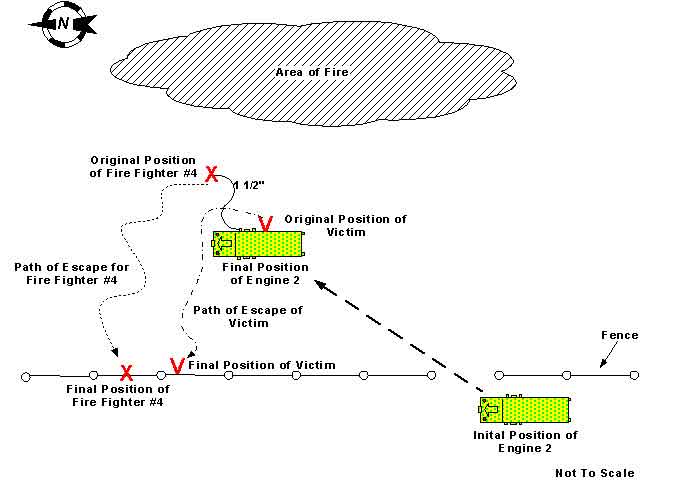 Diagram 2. Drawing of the aerial view of the incident site; diagram indicates the area of the fire,
the paths taken by Fire Fighter #4 and the victim, and the initial and final positions of Engine 2.