On March 17, 2000, a 31-year-old male career fire fighter/engineer (the victim) died after the apparatus (Truck 1) that he was driving collided with an Amtrak train at a railroad crossing. The victim was returning to the station after his apparatus, along with others, was cancelled when the alarm was determined to be false. Responding in addition to Truck 1 were Squad 1, Engine 2, Engine 11, Engine 1, Squad 3, and Battalion Commander (BC-1). Engine 2, the first unit on the scene at a commercial structure, determined the alarm was false and cancelled all responding units. Engine 1 was returning to the station with Truck 1 and Squad 1 following when Truck 1 and Squad 1 turned onto another road. Truck 1, followed by Squad 1, stopped behind a civilian vehicle on the west side of a railroad crossing consisting of three sets of tracks. The safety gates at the crossing were down, the warning lights were activated, and a freight train was moving slowly on the tracks. Squad 1 decided to take an alternate route back to the fire station. The freight train stopped after it cleared the crossing to wait for a signal ahead. Truck 1 started to go around the first safety gate and over the track (see Diagram). Witness #1, in a vehicle behind Truck 1, saw a tanker car at the end of the freight train that obstructed the northbound view of the tracks, and he heard a train whistle. Witness #2, waiting in a vehicle on the east side of the crossing, saw a southbound Amtrak train approaching. He also saw Truck 1 driving around the first safety gate, so he honked his horn and flashed his headlights to warn the driver of the Amtrak train. Truck 1 continued around the safety gate and traveled into the path of the train, which struck the truck’s left front corner and the bucket of the aerial ladder. The victim was ejected, landing behind the truck’s left rear dual wheel. He was killed instantly. 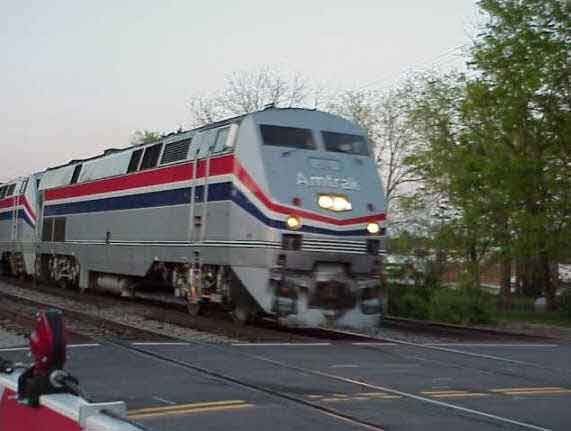 On March 17, 2000, a 31-year-old male career fire fighter/engineer (the victim) died after the apparatus (Truck 1) that he was driving collided with an Amtrak train. The victim was returning from a false alarm. On March 20, 2000, the U.S. Fire Administration notified the National Institute for Occupational Safety and Health (NIOSH) of this incident. On March 31, 2000, two Safety and Occupational Health Specialists from the NIOSH, Division of Safety Research, investigated this incident. Meetings were conducted with a Chief Inspector from the U.S. Department of Transportation/Federal Railroad Administration (FRA), a Trainmaster representing the railroad, and a representative from the State Fire Marshal’s office. Interviews were conducted with the city fleet maintenance mechanic, the Assistant Chief and a Battalion Commander of the department, and other fire fighters in the incident. Copies of photographs, training records, department SOPs, police report, witness statements, death certificate, and the FRA incident report were obtained. Photographs were taken of the incident site and the vehicle. The department involved in the incident serves a population of 126,000 in a geographic area of 60 square miles. The department has 10 fire stations and is comprised of 210 uniformed fire fighters. The incident occurred at a railroad crossing consisting of three sets of railroad tracks (see Photo #2) located approximately 1.6 miles from the fire station. The weather at the time of the incident was clear and dry and the temperature was approximately 57E F. Truck 1, a 1993 Pierce Arrow, had a 100-foot ladder with an aerial platform. The vehicle’s gross weight was 68,000 lbs. State law requires all city fire apparatus to be inspected annually by a certified inspector. Truck 1 had been inspected in December 1999. Maintenance records were reviewed and appeared to be adequate. The department requires all new fire fighters to complete Level I and Level II fire fighting training as recommended by the National Fire Protection Association (NFPA). In addition, all new fire fighters are required to be certified emergency medical technicians (EMT-D) and to have taken a Hazardous Materials Awareness and Operations course. The department also requires all fire fighters to have 240 hours of yearly refresher training. The victim had a current Class B driver’s license. Note: A Class B license is required by the State Department of Motor Vehicles for any single vehicle with a gross weight rating of at least 26,001 lbs. The department requires drivers to have a Class A or B driver’s license, Department of Insurance Emergency Vehicle Operations certification and driver/operator pumps/aerial certification, 2 years of active duty with the department, and the written approval of the personnel supervisor and the Battalion Commander. The victim’s training records were up to date and sufficient. He had 12 years of career fire fighting experience with the department, 7 of those years as a certified driver. He also had 4 years of prior volunteer fire fighting experience.

The medical examiner listed the cause of death as multiple blunt force injury from the fire truck/train collision.

Discussion: Following SOPs for safely driving fire department vehicles during emergency response and non-emergency travel should include specific criteria for maintaining appropriate vehicle speed, crossing intersections, traversing railroad grade crossings, and using emergency warning devices. Such procedures for emergency response and non-emergency travel should emphasize that the safe arrival and the return of fire department vehicles is the first priority. The motor vehicle code in the state where the incident occurred addresses issues related to railroad crossings in a regulation entitled Obedience to Railroad Signals. The regulation states that whenever any person driving approaches a railroad grade crossing, the driver of the vehicle shall stop within 50 feet, but not less than 15 feet, from the nearest rail of railroad and shall not proceed until he can do so safely. Some requirements that apply are (1) a clearly visible electrical or mechanical signal device gives warning of the immediate approach of a railroad train; and (2) no person shall drive any vehicle through, around, or under any crossing gate or barrier at a railroad crossing while the gate or barrier is closed or being opened or closed. The department in this incident has SOPs for vehicle response safety. One of the items within vehicle safety addresses travel across railroad crossings during emergency and non-emergency travel. Drivers are required to come to a complete stop at all unguarded grade crossings and are to assure that it is safe to proceed before crossing. Drivers are also required to use caution when approaching and crossing any guarded railroad crossing during emergency response or non-emergency travel. The department’s policy did not address the issue of going around railroad safety gates. The department also has a policy regarding the backing of fire and rescue vehicles which directs drivers to avoid backing fire and rescue vehicles whenever possible. When backing is necessary, the department requires the use of a spotter (or guide) to help direct the driver. If a spotter (or guide) is unavailable, the driver should exit the vehicle and perform a 360-degree visual check around the vehicle to locate obstacles before backing. It is believed that since the victim did not have a spotter (or guide), he did not attempt to back Truck 1 so he could take an alternate route to avoid the train.

Recommendation #2. Fire departments should ensure that all fire fighters who ride in emergency fire apparatus are wearing and belted securely by seat belts.1,4,5

Discussion: Fire fighters make many life-and-death decisions during a tour of duty, and one of the most important is snapping on a seat belt after climbing aboard an emergency apparatus that has been called to respond. The fire department involved in this incident had an SOP which required the use of seat belts while riding in fire department vehicles. Also, a memorandum, dated May 23, 1999, to all department safety officers from the city where the incident occurred reminded all city employees that the use of seat belts is required by city policy as well as the State of North Carolina in the operation of vehicles. The victim was not wearing his seat belt and was ejected from the truck.

Recommendation #3. Fire departments should consider attending an “Operation Lifesaver” education program in communities where there is a volume of railway traffic.6

Discussion: Operation Lifesaver is a nonprofit, nationwide public education program designed to eliminate collisions, deaths, and injuries at highway-rail intersections and on railroad rights-of-way. It is sponsored cooperatively by a wide variety of partners, including federal, state, and local government agencies, highway safety and transportation organizations, and the nation’s railroads. Highway-rail grade crossings present a unique traffic environment for motorists. According to the Operation Lifesaver Program, driver inattention and impatience are the most common factors contributing to collisions between motor vehicles and trains. Operation Lifesaver strives to increase public awareness about the danger at places where roadways cross train tracks and on railway rights-of-way. The 27-year-old program is having an impact on drivers. Since the program began in 1972, the Federal Highway Administration has credited Operation Lifesaver and its safety partners with saving 10,000 lives and preventing 40,000 injuries. Information can be obtained about Operation Lifesaver by calling 800-537-6224. 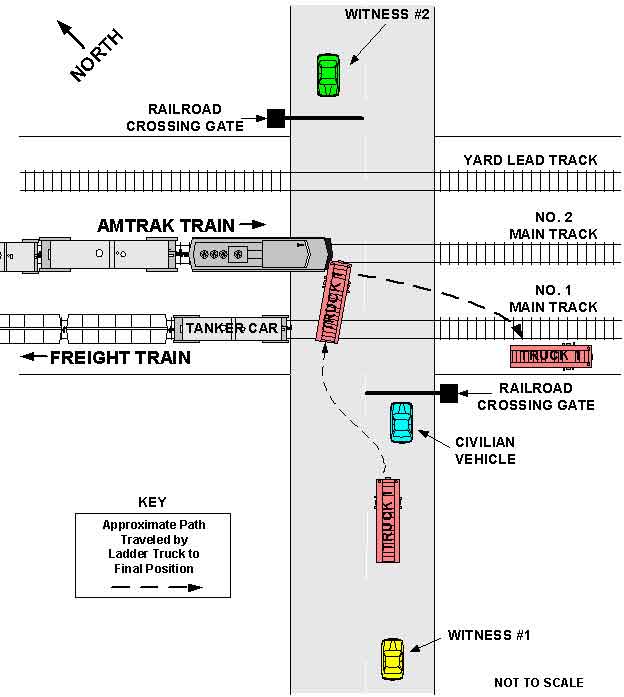 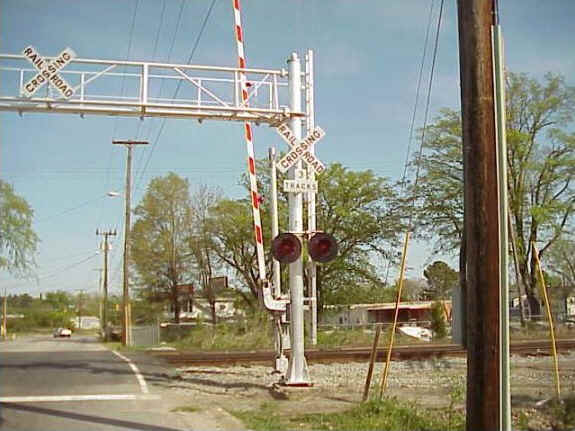 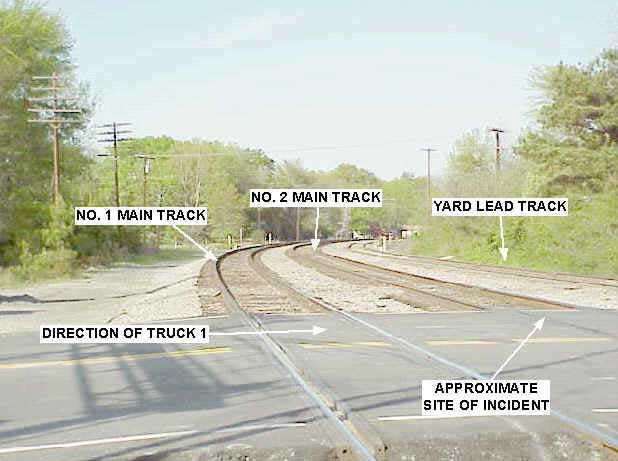 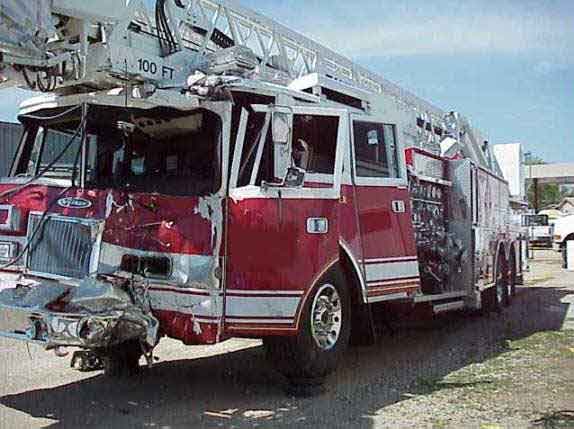 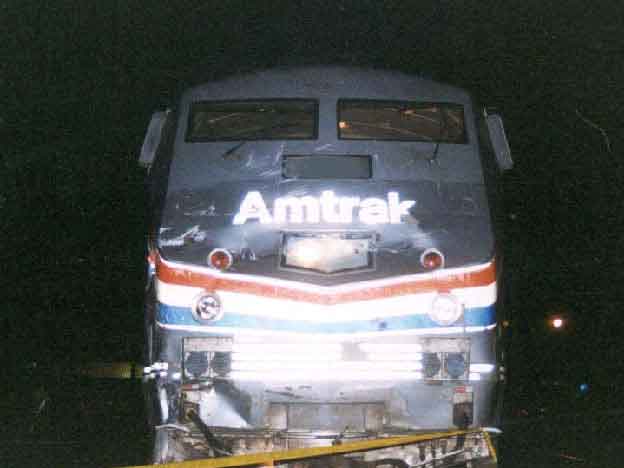