On November, 14, 1999, a 46-year-old male volunteer fire fighter (the victim) died while responding to a mutual-aid call from a neighboring career department. The career department was battling fires in approximately 200 hay bales and requested an additional supply of water. Upon receiving the call for assistance, the victim responded in the department’s tanker truck. The tanker truck rounded a curve near the center line and drove off the right shoulder of the northbound lane (see Diagram 1). In an attempt to steer the top-heavy truck back onto the road surface, the victim oversteered and lost control of the vehicle. He locked up the truck’s air brakes but could not bring the truck under control. The truck crossed over the center line and reached the shoulder of the southbound lane. The truck tires dug into the shoulder, causing the truck to flip and roll. The victim was partially ejected through the rear window of the cab. The truck came to rest upside down with the victim partially trapped within the truck, between the top of the cab and the ground. The victim was extricated from the truck and transported to a local hospital where he was pronounced dead.

NIOSH investigators concluded that, to reduce the risk of similar incidents, fire departments should

On November 14, 1999, a 46-year-old male volunteer fire fighter responded in a tanker truck to the call for assistance from a neighboring department. En route to the scene, the tanker truck rounded a curve and dropped the passenger side wheels off the road onto the shoulder. Attempting to steer the truck back onto the road surface, the victim oversteered and lost control. The vehicle skidded across the roadway, flipped, and rolled to a stop. The victim was partially ejected from the vehicle. He was later pronounced dead at a local hospital.

On November 16, 1999, the National Institute for Occupational Safety and Health (NIOSH) was notified of this incident by the U.S. Fire Administration. On January 31, 2000, an investigation of this incident was conducted by two Safety and Occupational Health Specialists from NIOSH. Meetings and interviews were conducted with the State Fire Marshal, the Chief from the volunteer department, the Chief from the career department, and a representative from the Department of Public Safety (DPS). Copies of the department’s Standard Operating Procedures (SOPs), dispatch log transcription, autopsy report, drawings of the incident scene, photographs of the incident, DPS accident report (which included all witness statements), victim’s training records, and video footage of the incident scene were obtained. A site visit was conducted on February 1, 2000.

To get a master certification, a fire fighter needs 947 combined hours.

The vehicle involved in this incident was a two-door, 1982 Ford F700 flat bed truck. The vehicle’s gross weight was 23,100 lbs., and it had a short wheelbase of approximately 136 inches. The vehicle was equipped with an air brake system and a three-point restraint system (lap/shoulder). Originally used as a utility truck for a power company, the vehicle was donated to the volunteer fire department and then modified to be used as a tanker truck for water supply. The rectangular water tank attached to the truck bed held 1,180 gallons of water and was full at the time of the incident. The total weight of the tank with water was 9829 lbs. Measuring 8 feet long by 6 feet wide by 4 feet high, the tank was constructed of plastic approximately 1 inch thick. The tank was located directly in the center of the truck bed. The tank was equipped with baffles which were made of the same material as the tank (see Diagram 2).

The incident occurred on a clear, sunny day. The temperature was approximately 70o F. The road surface was dry asphalt pavement which was divided into a two-lane highway with a solid double center line and white edge lines. Each lane measured 11.5 feet in width. The shoulders were gravel, and the posted speed limit was 55 mph.

On November 14, 1999, a 46-year-old male volunteer fire fighter died while responding to a mutual-aid call received at 1633 hours from a neighboring career department. The career department was battling fire in approximately 200 hay bales and requested an additional supply of water. The victim responded in a tanker truck with a full tank of water. The truck was top-heavy and had a short wheelbase (approximately 136 inches). The victim’s vehicle was traveling northbound on a two-lane road with a posted speed limit of 55 mph.

Witnesses have described the truck entering a curve near the center line and then veering back toward the right shoulder. As the truck went through the curve, the right front and rear wheels dropped off the road surface onto the gravel shoulder. The victim attempted to steer the truck back onto the road surface when it is believed that the weight of the truck shifted, causing the victim to lose control. The truck went into a sideways skid, crossing over the center lines and traveling toward the gravel shoulder in the opposing southbound lane. The tires dug into the gravel, and the truck flipped and rolled (see Diagram 1). The victim was partially ejected from the cab through the rear window. He was not wearing his seat belt. After rolling 1½ times, the truck came to rest upside down, trapping the victim between the cab and the ground. Civilians who witnessed the incident rushed over to the truck to assess the victim’s condition. One civilian stated that the victim was semiconscious but had several apparent injuries. The police department that investigated the incident estimated the truck was traveling at a speed under the posted speed limit.

At 1646 hours, the incident was reported to Central Dispatch, and members from the volunteer and career departments responded to the incident. The Chief from the career department was one of the first to arrive on the scene. He immediately went to the truck to assess the victim’s condition and could not find a pulse. Shortly after, Emergency Medical Technicians (EMTs) arrived, checked the victim, and also could not find a pulse. The Chief, along with members from both departments, noticed that the victim was trapped, and they decided to use the jaws of life to extricate him. The victim’s left leg was pinned between the back window and the inside of the cab, and his right leg and waist were pinned between the top of the cab and the ground. The fire fighters used airbags, jacks, cribbing, spreaders, and cutters to stabilize the truck as the EMTs administered medical treatment to the victim. The victim was finally removed from the truck and taken by ambulance to a local hospital. Due to the position the victim was in, the extrication was delayed, taking approximately 40 minutes. En route to the hospital, cardiopulmonary resuscitation was administered, but the EMTs could not regain a pulse. Upon arrival, the victim received additional medical treatment before being pronounced dead at 1847 hours.

The medical examiner listed the cause of death as blunt trauma.

Recommendation #1: Fire departments should ensure that all operators of emergency vehicles be familiar with the vehicle and its design.1

Discussion: The design of an emergency vehicle needs to be taken into consideration by the operator of the vehicle. In some instances, the fire department’s budget might not allow the purchase of a new emergency vehicle. In these instances, the department might buy a used vehicle or make use of a vehicle that they have access to. The 1982, F700 series truck that was involved in this incident was donated by a local power company. The truck was originally designed as a boom truck but later modified by the fire department as a tanker truck. The modifications consisted of removing the power company’s equipment, redesigning the truck’s bed to hold a 6-foot by 8-foot water tank, and painting the truck. The truck had a short wheelbase, approximately 136 inches. The truck was top-heavy due to the short wheelbase and the additional weight of the added tank and water. A truck of this design could be subject to weight transfer problems. The effects of weight transfer must be considered in the safe operation of emergency vehicles/apparatus. Whenever a vehicle undergoes a change in velocity or direction, weight transfer takes place relative to the severity of the change. When the victim attempted to steer the vehicle back onto the road surface, the weight of the truck shifted, causing the victim to lose control.

Recommendation #2: Fire departments should ensure that operators of emergency vehicles operate them in a safe manner to minimize the potential for a skid.

Discussion: At all times the vehicle’s operator should take into consideration the speed of the vehicle while responding to an emergency incident. Operating the vehicle under control and at a speed that the vehicle could quickly be slowed or stopped could decrease the tendency of a skid and loss of control. The most common causes for skids are driving too fast for road conditions, failing to properly appreciate weight shifts of heavy emergency vehicles/apparatus, and failing to anticipate obstacles. If a vehicle goes into a skid, the proper response is to release the brakes, allowing the wheels to rotate freely. The steering wheel should be turned so the front wheels face in the direction of the skid and decrease the speed of the vehicle by letting up on the accelerator gradually. If using a standard transmission, the clutch should not be released until the vehicle is under control. Another key factor for skid prevention is proper maintenance of tire air pressure and adequate tread depth for tires. Even though the victim was traveling under the posted speed limit of 55 mph, the truck may have been traveling at an excessive speed given the design limitation of this truck relative to the weight shifting. Operators should always maintain a safe speed to avoid losing control of the vehicle.

Recommendation #3. Fire departments should ensure that all fire fighters riding in emergency fire apparatus are wearing and belted securely by seat belts.2, 3

Discussion: Fire fighters make many life-and-death decisions during a tour of duty, and one of the most important is snapping on a seat belt after climbing aboard an emergency apparatus that has been called to respond. It is important that all occupants are seated and wearing their seat belts before the vehicle is moved. In this incident the victim was not wearing his seat belt and was partially ejected from the truck.

Discussion: Fire departments should develop SOPs that include all department policies and procedures, and any state and local laws and ordinances that pertain to the operation of emergency vehicles. The SOPs should be made available to all vehicle operators and implemented into training. All members of the department should study and be familiar with departmental policies and procedures as they relate to fire emergency vehicles. All drivers should also have a thorough knowledge of the rules governing a safe speed for emergency vehicles in their own jurisdictions and the jurisdictions of their mutual-aid partners. Unless specifically exempt, emergency vehicle driver/operators are subject to any statute or ordinance that governs any vehicle operator. Statutes usually describe those vehicles that are in the emergency category; this classification usually covers all fire department vehicles when responding to an emergency. Speed limits that are set for the general public may be exceeded within local policy as long as the driver/operator does not endanger life or property. 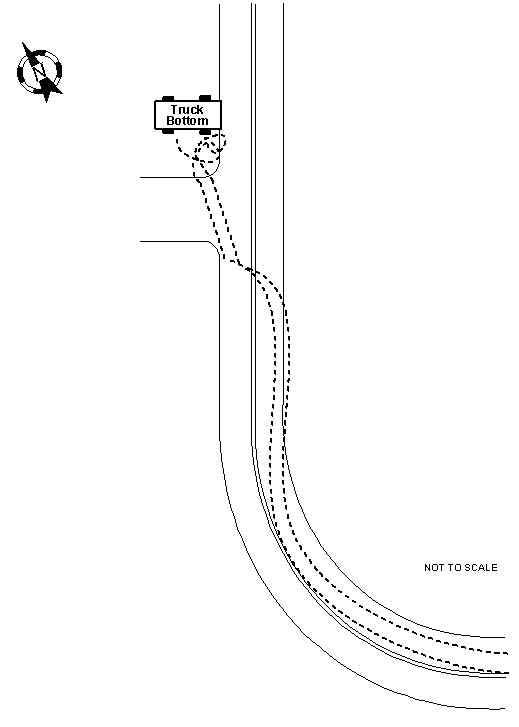 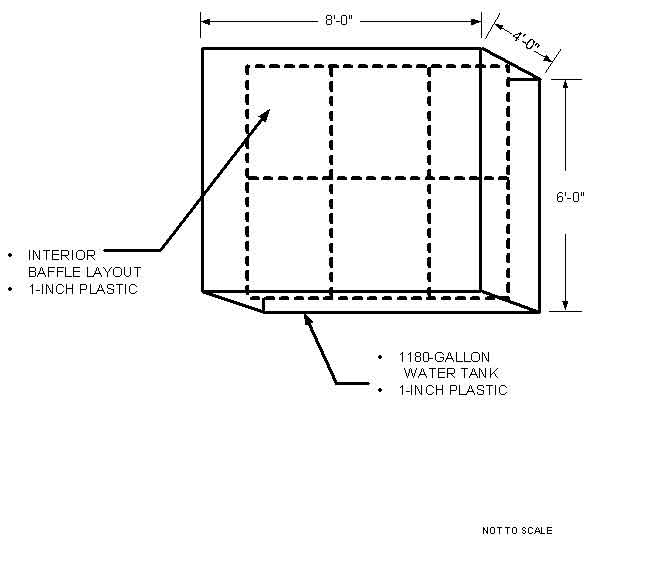