On December 27, 2001, an 82-year-old male livestock farmer (victim) died of injuries sustained when the tractor he was driving rolled over while transporting a round hay bale. The victim was using a 24-year-old wide front-end configured tractor. The tractor was equipped with a front-end loader and an aftermarket round bale spear. Just prior to the fatal incident, he elevated the bale and began to transport it to a feeding station. The usual route was a dirt road. This time he cut across the field, traversing a 16 degree grade with his right rear wheel on the downhill side. As the tractor traveled over the irregular surface, the tractor’s center of gravity (C.G.) shifted forward and downhill. This shift placed the C.G. outside of the tractor’s stability baseline causing the tractor to roll downhill to the right landing on the victim and pinning him to the ground. The tractor did not have a rollover protective structure (ROPS) or a seat belt. The victim’s wife, who was waiting inside a pick-up truck behind the barn, noticed the cattle’s irregular behavior as they ran from the incident site. She walked around the barn, and saw the tractor upside down on her husband. She drove to a neighbor’s house and called 911. The EMS arrived within minutes and found no signs of life. The tractor was removed from the victim and he was pronounced dead. The coroner estimated that the victim had died immediately after tractor impact. The WV FACE investigator concluded that to reduce the likelihood of similar occurrences, the following guidelines should be followed by tractor owners:

On January 17, 2002, the WV FACE Program was notified by the West Virginia Department of Health and Human Resources that a tractor-related death had occurred on December 27, 2001. The field investigator traveled to the area on February 5, 2002 and met with the county coroner to discuss the incident. Photographs were taken of the tractor and of the site. The death certificate and medical examiner’s report were obtained. The victim’s son was interviewed regarding the incident.

The victim was a self-employed beef cattle farmer who had been farming the property his entire life. He was an experienced tractor operator, who had learned how to operate tractors from his father. He had owned, operated, and maintained the tractor involved in the incident for the past 24 years. The tractor, as purchased, did not have a ROPS or a seat belt. Approximately one year prior to the incident, after experiencing a near miss, the victim and his son had discussed the possibility of purchasing a ROPS for the tractor but did not do so. The event which prompted the discussion was an uncontrolled slide down a hill which was covered with wet leaves. At that time, the victim was able to stop the tractor and escape with no injuries.

At the time of the incident, the victim was to transporting a large round bale (weighing approximately 600 pounds) as part of a routine cattle feeding. He had performed the task on a near-daily basis for years. Although the victim had used the same tractor for this task often, it was reported that at the time of the incident, the particular route taken to the feeder was different than normal.

On December 27, 2001, at approximately 10:30 am, an 82-year-old male self-employed beef cattle farmer (victim) was transporting a round hay bale for a routine cattle feeding. The bale, the last to be moved, was being transported from the farm’s designated storage area to one of two cattle feeders. His usual route to this feeder was a dirt road which traversed the hillside. This time, for reasons unknown, he cut across the field, and was transporting parallel to, but below, the dirt road. This short-cut may have been taken due to the cold weather and the nearness of task completion. In fact, his wife who had been helping him, had already gone to the pick-up truck to warm up. He was traversing a 16 degree grade with his right rear wheel on the down hill side (see Figure 1). The tractor was a 1978 Case model 885 equipped with a factory installed end-loader attachment and an after market bale spike (see Figure 2). The bale was elevated 3-4 feet above grade. The speed of transport was unknown, but it is possible that the rate of speed may have been increased in an attempt to complete the task and join his wife. As the tractor traveled over the irregular surface, the tractor’s C.G. shifted forward and downhill. This shift placed the tractor’s C.G. outside of the stability baseline, causing the tractor to roll downhill to the right. The tractor then landed on the victim and pinned him to the ground. The tractor did not have a ROPS or a seat belt. The victim’s wife, who was waiting inside the pick-up truck, notice the cattle’s irregular behavior as they ran from the incident site. She walked around the barn, and saw the tractor upside down on her husband. She drove to a neighbor’s house and called 911. The EMS arrived within minutes and found no signs of life. The tractor was removed from the victim and he was pronounced dead. The coroner estimated that the victim had died immediately after tractor impact.

The cause of death listed on the death certificate was multiple head, neck and chest trauma.

Recommendation #1: Equip all tractors with rollover protective structures and a seat belt.
[Owners of older model tractors should contact their county extension agent, equipment dealer or equipment manufacturer to determine if retrofit ROPS and operator restraint systems are available for their equipment. Such systems should be installed by the manufacturer or an authorized dealer.]

Discussion: Preventing death and serious injury to tractor operators during rollovers requires the use of ROPS and a seat belt. These structures, either a roll-bar frame or an enclosed roll-protective cab, are designed to withstand the dynamic forces during a rollover. In addition, seat belt use is necessary to ensure that the operator remains within the “zone of protection” provided by the ROPS. OSHA regulations require that all tractors built after October 25, 1976, and used by employees of a farm which employs 11 or more must be equipped with ROPS and a seat belt. 1 In West Virginia, many tractors are in use on family farms with fewer than 11 employees and therefore do not fall under OSHA regulations. Given the uneven terrain and environmental conditions in West Virginia, all farmers should voluntarily have their older tractors retrofit with a properly designed, manufactured, and installed ROPS and a seat belt. A ROPS retrofit kit is available for the Case model 885 tractor. If the tractor involved in this incident had been fitted with a ROPS and a seat belt, and the seat belt had been in use, this fatality might have been prevented.

Recommendation #2: Evaluate the route of transport prior to use for hazards which can compromise a tractor’s stability.

Discussion: The terrain along the victim’s chosen path of travel was irregular as well as transversely graded. As the tractor traveled over the irregular surface, the tractor’s C.G. shifted forward and downhill. In essence, this surface irregularity turned a fairly predictable surface into a uneven and highly one. The uneven surface caused the C.G. to be in a constant state of change.

Evaluating the tractor’s travel zone prior to material handling activities may have given the operator the opportunity to identify and avoid the hazardous path of travel. Upon realizing how irregular the path actually was, he may have decided to use the usual road and not attempt the short-cut.

Recommendation #3: Use extreme caution and travel at a slower-than-normal rate of speed when transporting elevated loads.

Discussion: Instability is amplified when dealing with elevated front end loads. Elevated loads, such as round hay bales, can pose problems. This type of load not only move the C.G. forward toward the tip of the stability baseline, it also raises the C.G. (see Figure 3). A forward and raised C.G. on a tractor traversing a hillside leaves little room for even small changes in the tractor’s attitude. When traversing a hill, the C.G. will automatically shift closer to the down hill side of the stability baseline. Changes in attitude can quickly swing the C.G. further down hill and outside of the tractor’s stability baseline, causing a tractor to roll. In addition, a tractor’s rate of speed can greatly influence how quickly and how extreme the C.G. shift will be, especially when traversing a hillside. Although the speed of transport of the victim’s tractor was unknown, it is possible that the rate of speed may have been increased in an attempt to complete the task, get out of the cold, and join his wife. It is also possible that the rate of speed used during the fatal incident was the same speed the victim routinely used when transporting bales over the normal road path which had little side-to-side grade. Given the fact that the task being performed involved a front end elevated load in conjunction with sloped terrain, using extreme caution and a slower rate of speed may have allowed the C.G. to remain within the stability baseline and thereby prevent the rollover. 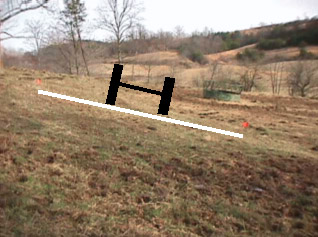 Figure 1. The line represents the measured 16 degree grade. The tractor was driving away from this perspective. 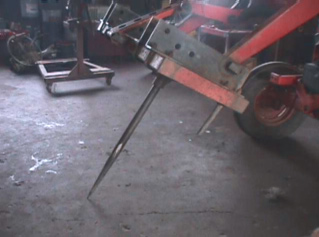 Figure 3. This illustrates the tractor’s CG movement as a result of elevating a front end load while traversing a hillside. 2

The WVU Center for Rural Emergency Medicine, through a contract with the West Virginia Department of Health and Human Resources and Bureau for Public Health, conducts investigations on the causes of work-related fatalities within the state. The goal of this program is to prevent future fatal workplace injuries. West Virginia FACE intends to achieve this goal by identifying and studying the risk factors that contribute to workplace fatalities, by recommending intervention strategies, and by disseminating prevention information to employers, employees, trade associations, unions, equipment manufacturers, students, teachers, and others with an interest in workplace safety.