Machine Operator Killed While Trying to Repair a Conveyor Belt

On March 7, 2001, a 26-year-old male machine operator was killed when he was caught in a conveyor belt at a recycling plant. The incident occurred when the victim was trying to fix a conveyor that moved materials away from a power-screening machine, a large machine with a rotating drum that separates materials by size. It is not known exactly how he was injured, but he apparently was using a steel pipe to clean a roller from under the moving conveyor when his head became entangled in the machine. He was found unresponsive under the machine by co-worker. NJDHSS FACE investigators concluded that, in order to prevent similar incidents in the future, these safety guidelines should be followed:

On March 7, 2001, an OSHA compliance officer informed NJDHSS FACE personnel of a machine-related fatality that occurred the previous day. A FACE investigator contacted the employer and arranged to conduct a site visit that was done on March 13, 2001. During the visit, the investigator interviewed company representatives, examined the incident site, and photographed the power-screen machine. Additional information was obtained from the OSHA file, police report, and medical examiner’s report.

The employer was a building materials recycling company that had been in business since 1946 and incorporated in 1968. The family-owned company employed about 100 workers including the office personnel and truck drivers. The company did not have a written safety program for the plant except for hazardous waste procedures required for their state environmental permits. Truck drivers in the company were represented by a labor union. All other plant workers were non-union.

The victim was a 26-year-old male machine operator who previously worked for the company but left to return to his home in the Dominican Republic. He later came back to the United States and returned to his job about one year prior to the incident. His only job was to operate the power-screen machine; he did not do any other tasks at the plant. The employer stated that his English was limited but that he could be understood. He received his job instructions in Spanish from a bilingual supervisor.

The site of the incident was a building materials recycling plant located in an urban area. Refuse from demolition and construction sites was trucked to the plant where the customer paid the company a fee to take the material. The refuse was usually made up of sheetrock, concrete, glass, metal, and other building materials. After dumping, workers walked through the refuse and manually picked out the larger pieces of wood and other materials. The waste was then picked up by a front-end loader and dumped into the loading hopper of a power-screening machine. The hopper directed the waste into a drum separator, a huge rotating drum with screens built into the sides. As the refuse rolled in the drum, the smaller pieces of material fell through the screens, separating the refuse by size. The refuse was then conveyed into separate piles for recycling or disposal. The power-screening machine was mobile in that it was built on a tractor trailer chassis that could be towed out of the building for repair, but was stationary while in service. It was independently powered by a built-in diesel engine.

There were no witnesses to the incident. On March 7, 2001, a Wednesday, the victim arrived at the plant at his usual starting time of 6:00 p.m. He began his usual duties of checking and cleaning the machine and found that a conveyor belt was slipping off the rollers. He immediately informed his supervisor of the problem, who instructed him to clean the machine, start it, and then call for him. This was the last time he was seen. The victim climbed into the machine through a narrow unguarded opening in the truck chassis, apparently using a pipe to clean a roller on the faulty, 60-inch-wide conveyor (see photographs). It is possible he was caught in the moving conveyor while crawling into the machine, or while trying to clean the roller under the conveyor. Shortly thereafter, a co-worker saw the victim caught in the machine and called for help. Another co-worker, the victim’s brother, pulled him from the conveyor and carried him to the plant office. At 6:25 p.m. the workers called 911 and started CPR on the unresponsive victim with instructions given by the police over the telephone. Police and EMS personnel arrived and continued resuscitation efforts. He was transported to the local hospital where he was pronounced dead from his injuries at 7:04 p.m.

Recommendation #1: Employers should develop, implement, and enforce a comprehensive safety program in the safe operation and maintenance of machinery.

Discussion: In this case, the victim started to clean the power-screen despite instructions to get his supervisor after starting the machine. By failing to notify his supervisor and working on the operating conveyor, the victim demonstrated a lack of understanding and training to safely work with this machine. It is recommended that a written safety program be developed that includes training supervisors and workers in the safe operation of the machines before they are allowed to use or maintain the equipment. Training should include standard operating procedures and safety practices for each piece of equipment. Close supervision and periodic retraining should be required to ensure that the worker knows how to operate the machine and is knowledgeable in company safety procedures.

Recommendation #2: Conveyor belts and other machines should be shut down, de-energized, and locked out before performing maintenance or repairs.

Discussion: To prevent incidents such as this, we recommend that employers conduct a job hazard analysis of all work areas and job tasks with the employees. A job hazard analysis should begin by reviewing the work activities that the employee is responsible for and the equipment that is needed. Each task is further examined for fall, electrical, chemical, or any other hazard the worker may encounter. The results of the analysis can be used to design or modify a written employee job description. If employers are unable to do a proper job hazard analysis, then a qualified safety consultant should be hired to complete it.

Recommendation #4: Machine openings should be marked and guarded to prevent unauthorized entry. Machines should be equipped with emergency shut-off switches.

Discussion: The power-screen machine was an unusual machine that was built on a tractor trailer chassis. Sections of the chassis had to be hydraulically raised and locked for operation, creating spaces for unauthorized entry or access to machinery “pinch-points.” NJ FACE recommends that warning signs and guards be placed over these areas to protect the operators. FACE also recommends installing emergency shut-off switches on the sides and rear of the machine. 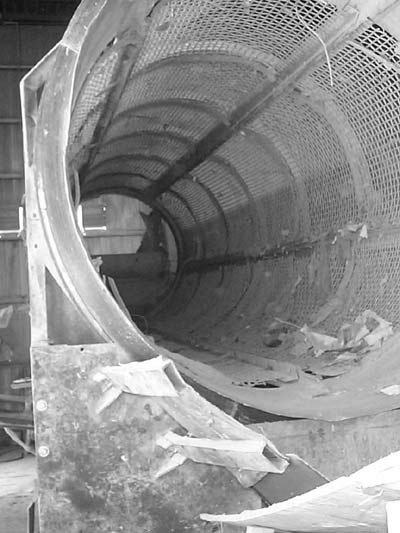 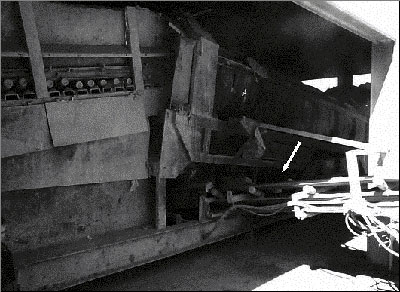 Figure 2. Side of power-screen. Victim was found in area behind the conveyor belts. 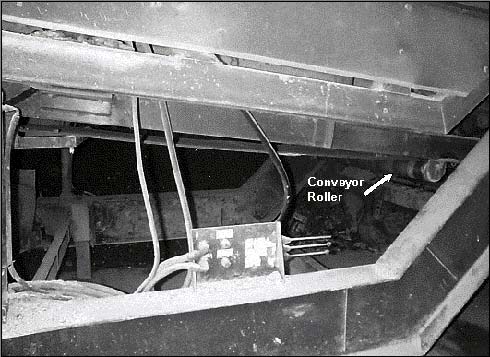 Staff members of the New Jersey Department of Health and Senior Services, Occupational Health Service, perform FACE investigations when there is a report of a targeted work-related fatal injury. The goal of the FACE Program is to prevent future incidents by studying and identifying the risk factors that contribute to workplace fatalities, by recommending intervention strategies, and by disseminating information to employers and employees. NJ FACE data is reported to NIOSH for trend analysis on a national basis. All identifiers are removed from the FACE reports and other data to protect the confidentiality of those who participate in the program.