A 45-year-old trailer court owner was killed when he apparently lost his balance and fell through the opening in an operating mobile trash compactor. The victim was preparing to pick up garbage with another employee in a trailer court he owned. He stepped onto the tongue of the compactor to look inside, slipped and fell. While falling his right hand made contact with a control lever that lowered the compactor hatch plate, striking the victim across the shoulder blades and back. Shortly after, the employee of the victim saw he was in trouble, turned off the machine and contacted local emergency personnel. The victim was pronounced dead at the scene.

The goal of the Fatality Assessment and Control Evaluation (FACE) workplace investigation is to prevent future work-related deaths or injuries, by a study of the working environment, the worker, the task the worker was performing, the tools the worker was using, and the role of management in controlling how these factors interact.

On May 30, 2002, at approximately 9:20 a.m., a 66-year-old trailer court owner died after he slipped and fell into a mobile trash compactor, accidentally activating the compactor’s hatch plate, thereby receiving fatal crush injuries. The Nebraska Department of Labor was notified of the fatality the following day by the local news media. The Nebraska FACE Investigator met with Occupational Safety and Health Administration (OSHA) officials the following day to determine jurisdictional matters. Telephonic interviews were conducted with investigating state and county law enforcement officers. Access to the incident site was not granted by the victim’s family. Information for this report was gathered from the investigating officers, local news media coverage and phone interviews with the equipment manufacturer.

The victim owned a small trailer court. He had one full time employee. Together they performed all maintenance tasks including removing garbage on a weekly basis. It is not known how long the court has been established or owned by the victim.

Victim: The victim was a 66-year-old male that owned and operated a private trailer court.

Training: It could not be determined what type of general safety training the victim had, or what training had been acquired on the compactor.

Equipment: (see attachments 1 & 2) This mobile trash compactor (sold under the name MOTO PACK) was manufactured over 40 years ago, exact date could not be determined. It is very similar in physical appearance to those seen mounted on commercial refuse trucks, only smaller in overall size (5 cubic yard capacity). The outside shell is oval shaped when viewed from the side. The upper front portion of the outer shell slides up and inside to allow access to the compactor. It is mounted on a trailer and operated by hydraulics. A small engine mounted to the trailer underneath the compactor runs the hydraulic pump. High capacity actuators are used for cycling and ejection operations. Pressure relief valve settings are set at 1650 p.s.i.

The compactor itself is a large circular drum inside the shell that compacts the trash inward. The front portion rotates down and out toward the opening in the outer shell to allow trash to be thrown inside the compactor. This hatch is moved by a hydraulic cylinder which is operated by one of three levers located on the side of the unit. These levers are mounted on the driver’s side of the unit a few inches from the front edge of the unit, next to the opening where the trash is placed into the unit. The lever closest to the front operates the hatch that crushed the victim.

The unit is pulled with another vehicle, in this case the victim’s pickup truck. The unit is turned opposite to larger units, with the opening for garbage in the front, and the compaction area to the rear.

On the morning of the incident the victim drove his pickup truck to the east end of the trailer park to prepare for garbage/trash removal. As he was hooking up the trash compactor, his employee was west of this location, waiting for the victim to bring the garbage compactor to his location where they would begin. The employee looked across the court towards the victim and saw him hook the compactor up to the back of the pickup truck, then start removing items from the back of the truck.

The employee left his location momentarily and went into the trailer court middle area to meet with electrical service personnel. After a few minutes he realized that the victim was taking longer than normal to get the compactor ready, so he started walking towards the victim’s location.

From evidence gathered at the scene, it is believed the victim started the compactor’s engine, then stepped up on the compactor’s tongue, possibly to clean out debris inside the compactor. The victim’s employee stated to investigating authorities that the victim had warned him several times to close the hatch and pin it if he needed to work on the unit. The victim was known to keep a clean unit, and routinely cleaned out debris that collected between the hatch and the outer shell using a scraper, although no scraper was found during the investigation.

Although there can be no absolute explanation, it is believed the victim, for unknown reasons, slipped and fell. His upper body fell inside of the compactor. It is believed that as he fell his right hand made contact with the first lever, activating the compactor plate, allowing it to trap the victim.

When new, the compactor was manufactured with electrical and hydraulic inter-lock switches to prevent accidental operation. It is not known if these were in place and operational the day of the incident.

When the employee came upon the incident site, he saw the victim was trapped in the compactor and appeared to be choking. The victim’s left arm, shoulder and head were caught inside the compactor. The motor of the compactor was running.

The employee raised the control lever on the compactor freeing the victim, whose body slipped to the ground. The employee ran back to the electrical service personnel and told them to call 911. Rescue personnel arrived on the scene approximately nine minutes later. The victim was pronounced dead at the scene by the acting coroner.

According to the death certificate, the cause of death was: Blunt trauma to head, chest, abdomen and extremities.

Recommendation #1: The employer should ensure that all equipment safety devices are in operational condition before operation.

Discussion: During manufacture, this mobile compactor was provided with electrical and hydraulic inter-lock devices to prevent accidental operation and damage. It could not be determined from the information gathered whether or not these were still in place and operational.

Recommendation #2: The employer should ensure that all employees are aware of the basic elements of the company’s Lock-out/Tag-out program.

Discussion: Adequate training in the recognition of hazardous energy sources, along with the methods and means to isolate them must be provided to employees who are authorized to perform lock-out/tag-out tasks on equipment. It is not known what type of training had been provided to the owner or employee. 29 CFR 1910.147(c)(7)(i)

Recommendation #3: Ensure that workers do not stand over, on or across equipment or machines while in operation.

Discussion: The victim was standing on the tongue of the trash compactor when he slipped. Only surfaces designated for employees to stand on should be used when performing any type maintenance on equipment.

Recommendation #4: Ensure that equipment is completely shut down prior to performing any cleaning or maintenance tasks.

Discussion: The trash compactor was running while the victim cleaned it out. The machine should be completely shut down and locked out, with lockout verified, prior to performing any tasks requiring any person reaching into, over or through the equipment. 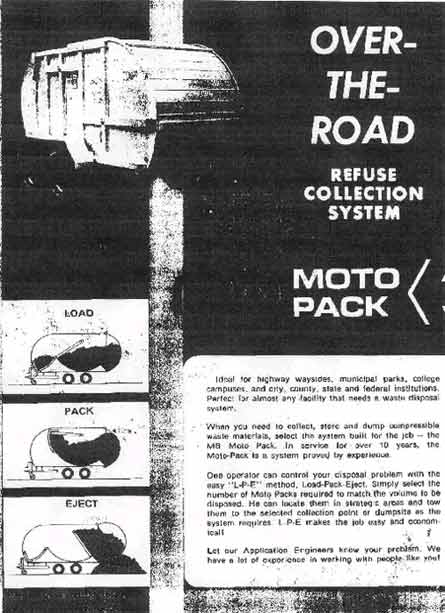 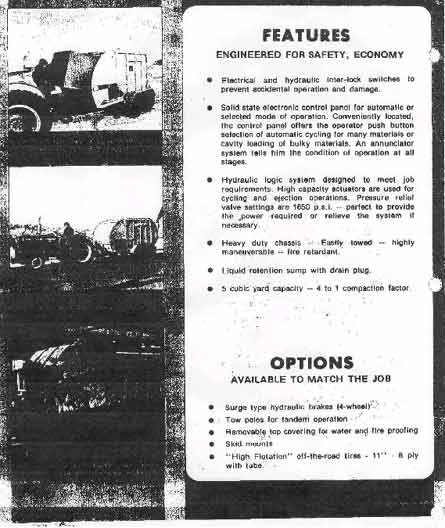