On May 12, 2001, a 64-year-old male, seasonal tractor operator was decapitated while operating a tractor that was pulling a wheel harrow inside a shade tobacco tent. The victim was preparing to turn the tractor around at the edge of a shade tobacco field when his neck came in contact with a wire used to support the netting shading the tobacco plants and decapitated him. After the incident, the tractor continued in the forward direction and circled in the area several times before becoming entangled in the shade netting and wire. A supervisor discovered the victim’s body and the entangled tractor. The local police and fire departments, state police, and personnel from the medical examiner’s office were notified and responded to the scene within minutes. The medical examiner pronounced the victim dead at the incident site. The Massachusetts FACE Program concluded that to prevent similar occurrences in the future, employers in agricultural operations should:

On May 21, 2001, the Massachusetts FACE Program was notified by a the Occupational Safety and Health Administration (OSHA) through the 24-hour Occupational Fatality Hotline, that on May 12, 2001, a 64-year-old male tractor operator was decapitated by a low hanging wire. An investigation was initiated immediately. The Massachusetts FACE Program Director and an investigator traveled to the tobacco farm where the three owners were interviewed on May 30, 2001. The police report, death certificate, OSHA information, and photographs of the incident location and tractor were obtained during the course of the investigation.

The farm had been in operation for approximately eight and a half years at the time of the incident and employed mostly seasonal employees. At the height of the tobacco season, there were approximately 250 seasonal workers, including the victim. Seasonal employees began farm work in March and continued through November. The height of the shade tobacco season was the middle of June through the beginning of September. The farm did not have a designated individual in charge of safety or a health and safety program.

The victim had over 40 years of experience working on farms and over 30 years of experience as a tractor operator. He had been employed on a seasonal basis for the entire eight and a half years the farm had been in business. The employer provided training based on the Environmental Protection Agency (EPA) Worker Protection Standard, which is limited to the hazards related to working with pesticides. Other training topics addressed by the employer included heat stress and how to handle the tobacco plants to ensure tobacco quality. The employer did not provide training on the safe use and operation of farm equipment, such as tractors. However, employees were trained when new equipment was implemented. In addition, the employer mentioned that seatbelt use was not enforced when employees were operating tractors.

The company leased three plots of land where it operated and managed shade tobacco farms. Two of these shade tobacco farms were in Massachusetts and one was in Connecticut. The incident farm, located in Massachusetts, consisted of more than 140 acres. On average, 100 acres were planted per year while 40 acres were “rested” (unplanted); typically, fields were rested every few years.

Shade tobacco leaves can grow up to two feet in length and are used only for the outer wrapping of cigars. After being manually harvested, the tobacco leaves were sown onto wooden slats and hung in barns to cure, for approximately seven weeks. Propane powered heaters were used to control the temperature and humidity inside the barns during the curing process. The cured tobacco leaves were then sold.

Shade tobacco was the farm’s only crop and requires shade for optimal growth. To accomplish this, large shade tents were erected over the fields (Figure 1). Wooden support poles (bents) were located 33 feet apart in a grid pattern throughout the field. The main support wires (bull wires) were attached to the top of the bents, which formed a grid. Thinner diameter wire (cross wires) were crisscrossed in between the bull wires. Polypropylene netting was used to cover the frame creating shade and increasing the humidity inside the shade tent. The perimeter of the shade tent had side netting that totally enclosed the growing area. The bottom hem of the side netting contained “ground wires” that connected onto hooks in the ground to keep the side netting in place. The side netting was usually kept rolled up and pinned with wooden pins during planting season.

The tasks for which tractors were used at the farm included wheel harrowing, plowing, and cultivating. The tractor involved in the incident, a four-wheel drive utility tractor, had been manufactured in 1999 and was equipped with a rollover protective structure (ROPS). This particular ROPS had been designed with hinges so the top section of the ROPS could fold out of the way allowing the tractor to fit through a standard six foot eight inches high doorway. When the ROPS was in the fully upright position, the tractor was unable to fit inside the shade tent.

The victim had been wheel harrowing the tobacco fields for two weeks preceding the incident. On the day of the incident, the victim had mentioned to his supervisor, after his lunch break, that he would come back the next day, Sunday, if he did not finish wheel harrowing field #13. He then returned to field #13 to continue his task. At the end of one of the passes through field #13, it appeared that the victim was going to turn the tractor around in the dirt roadway between the fields and reenter field #13 to start another pass (Figure 5). Although the incident was un-witnessed, evidence suggests that the victim came in contact with a wire from the shade tent edge, decapitating him, while exiting field #13 with the tractor at a 45-degree angle to the field edge. The victim’s body stayed with the tractor and the tractor continued in a circular motion within the field bumping into and breaking bents. The tractor eventually stopped after becoming entangled in wires and netting.

At the time of the FACE site investigation the employer had developed and attached a “roof” section for the wire guard onto two of the seven tractors (Figure 4). The tractor involved in the incident was one of the two tractors that had been retrofitted with a roof. The employer planned on supplying all of their tractors with roofs at the three farm locations. The roof will prohibit the tractor operator from being able to standup while in the operator’s area. In addition, it was mentioned by one of the owners that during OSHA’s investigation there was some concern and questioning of the integrity of the ROPS, and the safety of the tractor operators, in the event of a tractor overturn, because the top section had been removed and the wire guard attached.

The medical examiner listed the cause of death as craniocerebral trauma, decapitation.

Recommendation #1: Employers in agricultural operations should ensure that modifications to tractors are approved by the manufacturer and do not create additional hazards for the operator and other employees.

Discussion: In an attempt to resolve the potential hazard of the tractor and the tractor operator being caught up in the wires of the shade tent grid the employer designed a “wire guard”. The wire guard had been designed to push low hanging wire up and over the tractor. Before altering a tractor or any other type of machine or equipment, the employer should contact the manufacture to ensure that the proposed changes will not create new or additional hazards.

In this incident the “wire guard” design might have given tractor operators a false sense of security by thinking that the hazard was eliminated when the wire guard was in place. In addition, the installation of the wire guard required that a section of the rollover protective structure (ROPS) be removed, creating another potential hazard in the event the tractor was to overturn. At the time of the FACE investigation, the employer had not addressed the issue of partially removing the ROPS, which is now not functioning as the tractor manufacturer intended.

Recommendation #2: Employers in agricultural operations should select appropriate sized tractors that fit under the shade tents.

Discussion: The tractor involved in this incident had been recently purchased and was typically used for soil preparation type work such as wheel harrowing and tilling. These tasks were typically performed under the wire grid of the shade tent. In this case, the tractor involved in the incident was too large and too high off the ground to fit inside the shade tent. A smaller tractor, with a lower profile, should have been selected for all tasks to be performed inside the tent. Selecting equipment that is best suited for a task can greatly reduce employee hazards, such as being caught up in the wire grid.

Recommendation #3: Employers in agricultural operations should conduct routine inspections to ensure that there are no downed or loose wires within the shade tents.

Discussion: It is the employer responsibility that every employee has a safe workplace. One way to accomplish this is to perform routine inspections of the work site. In this case, the employer mentioned that there were no reports of any downed or loose wires within the shade tents days prior to the incident. To ensure that this is true, routine and periodic inspections should be performed to identify hazards before tractors are driven through the shade tents. In addition, the employer should develop a company safety policy that specifies if a loose or downed wire is identified, tractor work stops in that field until the problem is fixed. The shade tent should then be re-inspected before work in that field resumes.

Recommendation #4: Employers in agricultural operations should ensure that all tractor operators are trained on the tractors they will use.

Discussion: In this case, the employer trained employees, including seasonal employees, in the safe use and handling of pesticides, which was outlined in the Environmental Protection Agency (EPA) Worker Protection Standard.

In addition to this training, employees should be trained in the safe operation of the tractors and other equipment they will operate or come in close contact with. Specific training for tractor operators could include both classroom and hands on training to make the operator aware of potential hazards to themselves and to the workers around them. The training should be conducted at the time of the initial assignment and at least annually. The victim might have never stood-up if he was trained in the hazards of operating a tractor inside the shade tent, such as becoming entangled in the wires while standing. 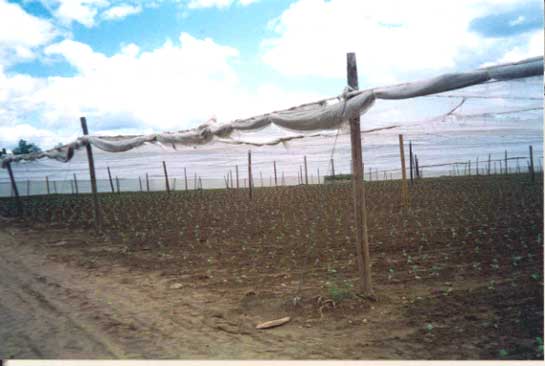 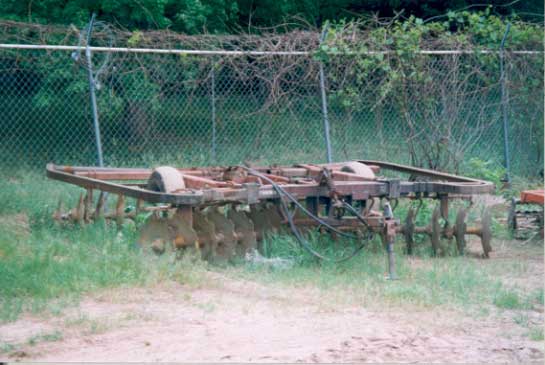 Figure 2 – A wheel harrow similar to the one the tractor was pulling at the time of the incident. 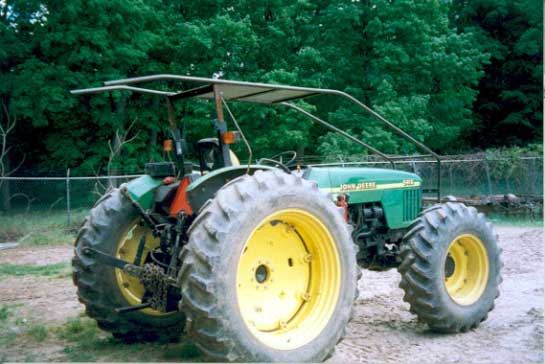 Figure 3 – The tractor involved in the incident.
Visible is the top section of the ROPS disconnected and the wire guard installed.
The “roof” was added after the fatality to prohibit operators from standing up while operating the tractor. 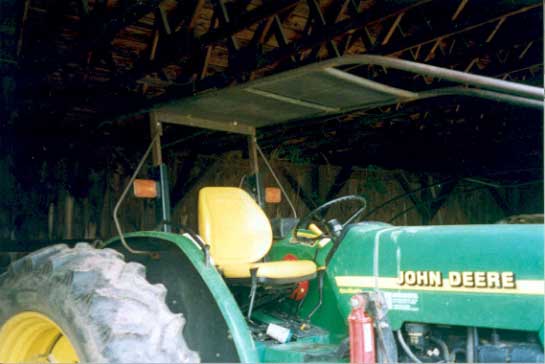 Figure 4 – The operator’s area and wire guard with the roof installed. 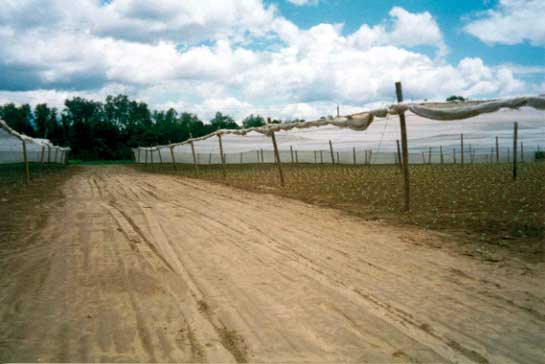 Figure 5 – The pathway between two shade tobacco fields.
The field on the right is the field the victim was exiting with the tractor.