Planning for 2022 and Beyond

It’s the beginning of a new year, which gives us an opportunity to reflect on our past achievements, while also planning and setting goals for the year ahead. Given the variable conditions of the COVID-19 pandemic, we are constantly changing plans, including many workplaces postponing their return-to-office dates. While some workers continued to work at their physical worksite throughout the pandemic, many workers have been working remotely since early 2020.

As we look to the future and what 2022 will bring, the NIOSH Office of Research Integration is exploring what the future of worker safety and health looks like in a post-pandemic world. In the last two years, we have seen new safety requirements integrated into workplaces, implementation of remote work schedules, reduced working hours, furloughs, and loss of jobs.

To further plan for workplace contingencies, NIOSH launched the webinar series Foresight Friday @ NIOSH as an avenue to connect research communities to strategic foresight practice—the practice of looking ahead to anticipate what challenges may be coming and what we can do to prepare for and influence the future. The first webinarexternal icon of 2022 takes place January 7 at 11 a.m. (ET). It will present findings from NIOSH’s first strategic foresight project that explored the future of occupational safety and health. The webinars are held quarterly, and a recording is posted after each event. To learn more about Foresight Friday @ NIOSH and future presentation topics, please contact ORI@cdc.gov.

There’s no doubt that the COVID-19 pandemic has changed the way many of us work. Whether you are working remotely or returning to the workplace—or perhaps you never left—it’s important to follow the Centers for Disease Control and Prevention’s recommendations for getting vaccinated and the additional steps you can take to protect yourself and others from getting COVID-19. After all, the safety and well-being of workers remains our top priority.

For 2022, we are returning to our standard series of Inside and Outside NIOSH, where we look at one internal and one external study each month. We hope that you enjoyed last year’s NIOSH 50th Anniversary series reflecting on research from the past half century.

Children of parents who are injured in the workplace are more likely than children of uninjured parents to show signs of a mental health disorder, according to a NIOSH study recently published in the Journal of Occupational and Environmental Medicine. The study was one of the journal’s recent Editor’s Picks.

Mental health disorders pose a serious threat to the social development and educational achievement of children, and to their ability to succeed in adulthood. A handful of earlier studies suggest that occupational injury to parents may elevate the risk of mental health disorders among their children. However, this risk has not been systematically investigated until the present study.

To better understand this risk, NIOSH investigators analyzed findings from the National Health Interview Survey from 2012 through 2016. The survey included reports about mental health disorders for more than 42,000 children from 6 through 17 years old. After controlling for other possible influences on mental health, the investigators compared the incidence of mental disorders among children with a parent who had experienced a workplace injury with the incidence among children of parents who were not injured at work.

Children of parents injured at work were approximately 50% more likely than children of uninjured parents to show signs of depression and signs of anxiety. This increase in prevalence of disorders grew to 72% for a combination of conditions involving emotional, concentration, behavioral, and relationship difficulties. In addition, children of injured parents were 40% less likely to exhibit a good attention span. These findings show the far-reaching effects of workplace injury on families and communities and further highlight the importance of preventing them from occurring.

Noise-induced hearing loss is one of the most common self-reported occupational illnesses or injuries. Beyond the workplace, hearing loss can also greatly decrease quality of life.

To address this issue, researchers at The Center for the Promotion of Health in the New England Workplace, a NIOSH Center of Excellence for Total Worker Health®, recently designed a hearing-conservation intervention, called “HearWell,” based on their newly designed Healthy Workplace Participatory Programexternal icon. This program uses worker participation, including in the form of design teams, as part of a Total Worker Health approach to workplace safety and health. These design teams create solutions to workplace health and safety issues. The goals of this intervention were to increase hearing protection device use and improve the so-called “hearing climate,” which included supervisor and coworker support for using the devices.

Published in the International Journal of Environmental Research and Public Health, the study took place from February 2016 through August 2019. Study participants were 288 highway workers and supervisors from a New England state’s Department of Transportation whose construction and maintenance activities regularly exposed them to high noise levels. Participants were mostly white males, with an average age of 44 years.

The researchers compared three interventions across 12 garages where the workers were based. The HearWell and “HearWell Design Team” interventions included multiple approaches, including safety training for leadership, methods for identifying noise levels and the best hearing protection devices, and a thorough training video. In addition, the HearWell Design Team involved workers who participated in designing the interventions. For comparison, the third group received typical industry elements of a hearing conservation program. Typical elements include regularly monitoring noise levels at work, testing worker hearing, reporting results, and providing hearing protectors to workers, if necessary.

While hearing protection device use increased in all groups, the HearWell Design Team garage workers showed the only statistically significant increase, which means that it was unlikely due to chance. They also were more likely to use the devices 6 months after the intervention. Researchers also found improvements in hearing climate across all intervention groups 6 months later, with the HearWell Design Team garages demonstrating the greatest increase at 24%. These findings suggest that hearing conservation programs should encourage employee participation to help prevent work-related hearing loss. 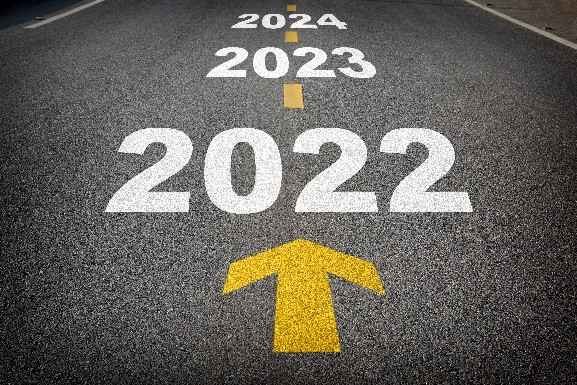 National Campaign to Prevent Falls in Construction Update: The Importance of a Year-round Fall Prevention Program
The NIOSH, the Occupational Safety and Health Administration (OSHA), and CPWR – the Center for Construction Research and Training Fall Prevention campaign marks its 11th year in 2022. The campaign has successfully reached millions of construction contractors and workers nationwide through its annual Safety Stand-Downexternal icon event. NIOSH is cohosting a webinar January 27, 2:00–3:30 p.m. (ET), to review the latest findings from the 2021 Stand-Down evaluation and a survey identifying common underlying causes of falls with updates on the latest free resources and plans for the 2022 Stand-Down. Register and submit a questionexternal icon in advance of the webinar.

Centers for Agricultural Safety and Health Funding Is Available
NIOSH recently published a funding opportunity announcementexternal icon for the Centers for Agricultural Safety and Health (Ag Centers). Supported through a cooperative agreement, the Ag Centers represent a major NIOSH effort to protect the health and safety of workers in the agriculture, forestry, and fishing (AgFF) sector and conduct research, education, and prevention projects to address pressing AgFF health and safety problems. The deadline to apply is January 24.

Total Worker Health® in Action! eNewsletter
A new edition of the quarterly newsletter from the NIOSH Total Worker Health (TWH) program is now available. Find out about the upcoming International Symposium to Advance TWH, learn how an organization addressed substance use and mental health, and discover exciting news about a recent funding announcement.

Submit Your Proposals for the Third International Symposium to Advance Total Worker Health®
Don’t miss the chance to submit your work for a variety of sessions, poster presentations, or pre-conference workshops emphasizing the latest in Total Worker Health science and practice. Submitexternal icon your proposals by February 4.

Interventions to Prevent Work-related Stress and Support Health Worker Mental Health: Request for Information
The noticeexternal icon was posted on September 27, 2021. Comments must be received by January 25.

The Need to Establish Personal Protective Technology Centers of Excellence to Address Research and Practice Gaps
The noticeexternal icon was posted on November 2, 2021. Comments must be received by January 31.

Advisory Board on Radiation and Worker Health (ABRWH), Subcommittee on Procedures Reviews (SPR), National Institute for Occupational Safety and Health (NIOSH)
The noticeexternal icon was posted on December 27, 2021. The meeting will be held on February 15. Comments must be received by February 8.

Advisory Board on Radiation and Worker Health (ABRWH), National Institute for Occupational Safety and Health (NIOSH)
The noticeexternal icon was posted on December 27, 2021. The meeting will be held on February 16. Written comments must be received by February 9.

New Report Focuses on Michigan’s Businesses That Used Asthma-causing Agents
Michigan companies that used four asthma-causing agents in 2020 were identified in a new reportpdf iconexternal icon by the Occupational and Environmental Medicine team at Michigan State University. The report identifies the number of Michigan workers potentially exposed to acrylic acid, chromium/chromium compounds, diethanolamine, and ethylene oxide. Michigan State University is one of 22 institutions funded from 2021–2026 as a NIOSH State-based Occupational Safety and Health Surveillance Program.

Washington State SHARP Program Tracks Occupational Toxic Inhalation
A recent reportexternal icon from the Safety and \Health Assessment and Research for Prevention (SHARP) program summarizes four years (2017–2020) of toxic inhalation data related to hazardous workplace exposures, as well as a SHARP Statexternal icon showing the causes of exposure. The SHARP program is operated by the Washington State Department of Labor and  Industries, which is funded through a cooperative agreement as a NIOSH-supported State Surveillance Program.

Registration for the 2022 NCHCMM Opening Soon
The National Conference on Health Communication, Marketing, and Media (NCHCMM) brings together individuals representing academia, public health researchers, and practitioners from federal, state, and local governments, as well as other public and private organizations. The conference provides a forum for collegial dialogue for all attendees. Registration for this free event on August 16-18 soon will be available at NCHCMMexternal icon.