I am delighted to announce that beginning December 21, 2020, Dr. Demetre Daskalakis will start as CDC’s Director of the Division of HIV/AIDS Prevention (DHAP) in the National Center for HIV/AIDS, Viral Hepatitis, STD, and TB Prevention (NCHHSTP). Dr. Daskalakis brings many years of experience in HIV prevention and control to his work in DHAP. 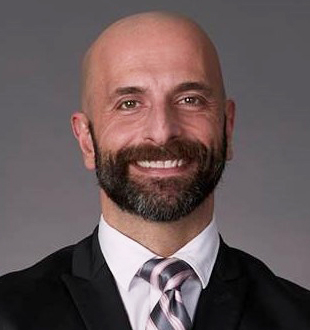 Many of you working in the field of HIV prevention know Dr. Daskalakis, as he was integral in designing and leading many HIV and STD programs in New York City, including their Ending the Epidemic program, which is credited with decreasing HIV incidence to an historic low. We are excited for him to bring this leadership and experience to CDC to advance meaningful research, guide surveillance and programs, support and implement effective policy, and ultimately prevent HIV infections and increase HIV-related health equity across the United States.

Dr. Daskalakis began his career as an attending physician at Bellevue Hospital in NYC where he spearheaded several public health programs focused on community HIV testing and prevention. He has since served in a number of capacities in both healthcare and public health in NYC. Most recently, he served as the Deputy Commissioner for the Division of Disease Control at the NYC Department of Health and Mental Hygiene. Dr. Daskalakis directed the public health laboratory and all infectious disease control programs for NYC, including HIV, tuberculosis, sexually transmitted infections, vaccine-preventable diseases, and general communicable diseases. In this role, he led one of the largest divisions in the Department, employing more than 1,100 staff, managing a budget of over $350 million, and operating 14 clinical facilities. In addition to his leadership in daily infectious disease control efforts, he has served as the NYC Department of Health and Mental Hygiene incident commander during the measles outbreak of 2018-2019, as well as the current COVID-19 public health emergency since January 2020.

Dr. Daskalakis grew up in Arlington, Virginia. He received his medical education from the NYU School of Medicine and completed his residency training at Beth Israel Deaconess Medical Center in Boston. He also completed clinical infectious disease fellowships at the Brigham and Women’s Massachusetts General Hospital combined program and received a Master of Public Health from the Harvard T.H. Chan School of Public Health. He has authored or co-authored more than 50 scholarly articles and has received numerous awards for his scientific and public health contributions, including the Treatment Action Group Research in Action Award, the Latino Commission on AIDS Esperanza Award, the GMHC Hector Xtravagnza Xcellence Award, and the World AIDS Day awards from both New York City and New York State. He has also been recognized as a prominent voice for the LGBTQIA+ community by the New York Times, City and State, Out magazine, Metrosource, and Paper magazine.

Dr. Daskalakis is recognized nationally and internationally as an expert in HIV prevention and has focused much of his career on the treatment and prevention of HIV and other STIs as an activist physician with a focus on LGBTQIA+ communities. He has also dedicated much of his time to improving the health of underserved communities and is passionate about addressing health equity. When asked why he does what he does, Dr. Daskalakis responded, “I still get emotional talking about the early days of the AIDS epidemic not because I’m sad, but because I can’t believe how different the story is today.  We have the tools at our hands to prevent infection and to keep people living with HIV healthy. Our barrier to achieving this vision is no longer science, it is systemic racism, sexism, homophobia, and transphobia.” He is deeply committed to addressing stigma in HIV by promoting “status neutral” service delivery and programming and by improving overall health and wellbeing of people with or at risk for HIV by addressing key social determinants of health. He has also shown tremendous dedication to ensuring that biomedical prevention options, like PrEP, are accessible and affordable to all who can benefit from them and that the importance of viral suppression as prevention is recognized by public health, healthcare, and the community at-large.

I look forward to working closely with Dr. Daskalakis and am excited about his vision for DHAP and this new chapter in CDC’s HIV prevention efforts. I have no doubt that under his leadership and alongside our partners we will achieve the goals of the Ending the HIV Epidemic initiative and improve health equity. Until his arrival on December 21st, Dr. Irene Hall will continue to act as the DHAP Director.

Please join me in welcoming Dr. Demetre Daskalakis as the new Director of DHAP.