Office of the Director

The Office of the Director (OD) provides leadership and management for the programs and activities in DHCPP. In addition, the OD assures coordination with National Center for Emerging and Zoonotic Infectious Diseases (NCEZID), Office of Infectious Diseases (OID), and other CDC offices and administrative units.

Functions of the OD include:

The OD also houses the Prion and Public Health Office (PPHO), the group responsible for monitoring human prion diseases in the United States. 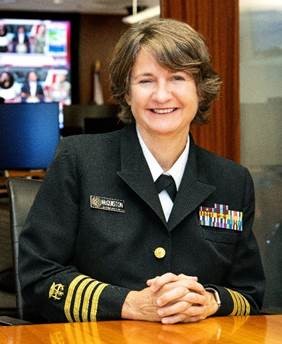 Dr. Jennifer McQuiston is Acting Director for the Division of High Consequence Pathogens and Pathology (NCEZID) a position she has held since September 2022. Prior to that, she served as Deputy Director for the division since December 2015.

Dr. McQuiston first joined CDC in 1998 as an Epidemic Intelligence Service officer. Throughout her 24+ year career with CDC, she has worked on the epidemiology of zoonotic diseases, including rabies, Rocky Mountain spotted fever, ehrlichiosis, and Q fever. From 2005 to 2007, Dr. McQuiston served as Zoonoses Team Leader in CDC’s Division of Global Migration and Quarantine managing issues related to animal importation and the infectious disease risks they pose. From 2007-2014, she served as the Epidemiology and Diagnostic Activity Lead within the Rickettsial Zoonoses Branch, Division of Vector-borne Diseases, where she led a team focused on the epidemiology of tickborne rickettsial diseases. Under her tenure, the team developed a groundbreaking RMSF prevention program on tribal lands in Arizona, which has dramatically reduced disease-carrying ticks on reservation dogs. From 2014-2015, Dr. McQuiston served as CDC’s Science Advisor for Public Affairs in the Office of the Associate Director for Communications, where she specialized in developing novel communications strategies to deliver CDC’s scientific messages to the public.

She has assisted with many CDC emergency responses; Dr. McQuiston played key roles during the 2001 CDC response following the 9/11 attacks on the World Trade Center, and led animal tracing efforts during CDC’s 2003 response to imported monkeypox virus associated with African rodents and prairie dogs sold as pets. More recently, she served in leadership roles during CDC’s response to Zika virus in 2016, CDC’s COVID-19 response, and in 2022 led CDC’s response as Incident Manager of the multi-national monkeypox outbreak.

A Captain in the U.S. Public Health Service, Dr. McQuiston brings her unique perspectives in laboratory science, epidemiology, and communications into her current role as Acting Director for DHCPP. She is a diplomate of the American College of Veterinary Preventive Medicine, an honorary member of the American Veterinary Epidemiology Society. She was awarded the Daniel E. Salmon award from the National Association of Federal Veterinarians, and the James H. Steele Award from CDC for outstanding work on veterinary public health issues. She also currently serves as an Associate editor for CDC’s Emerging Infectious Diseases journal.