Lead in Foods, Cosmetics, and Medicines

Lead is sometimes found in certain foods, cosmetics, and traditional medicines imported from other countries.

How you or your child may be exposed 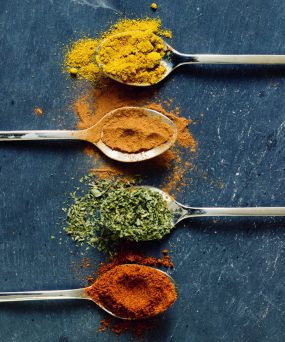 Lead has been found in some candies. Certain candy ingredients such as chili powder and tamarind may be a source of lead exposure. Lead can get into the candy when drying, storing, and grinding the ingredients are done improperly. Ink from plastic or paper candy wrappers may also contain lead that leaches or seeps into the imported candy. Lead has also been found in certain spicesexternal icon imported from Vietnam, India, and Syria among other countries.

Lead has been found in powders and tablets given for arthritis, infertility, upset stomach, menstrual cramps, colic, and other illnesses traditionally used by East Indian, Indian, Middle Eastern, West Asian, and Hispanic cultures. Traditional medicines can contain herbs, minerals, metals, or animal products that are thought to be useful in treating some ailments. Lead and other heavy metals may be added or accidentally get into the products during grinding, during coloring, or from the package.

Lead has also been found in products typically used as cosmetics or in religious ceremonies. Children and adults have been exposed to high levels of lead by ingesting a product generically called “sindoor.” Though not intended to be food, sindoor might be used by some as a food additive. Traditionally, Hindu, and some Sikh, married women wear the red sindoor powder in the parting of their hair to indicate marital status.

Some items known to contain lead

Ba-baw-san is a Chinese herbal remedy that contains lead. It is used to treat colic pain or to pacify young children.

Daw Tway is a digestive aid used in Thailand and Myanmar (Burma). Analysis of Daw Tway samples showed them to contain as much as 970 parts per million (ppm) of lead.

Greta and Azarcon (also known as alarcon, coral, luiga, maria luisa, or rueda) are Hispanic traditional medicines taken for an upset stomach (empacho), constipation, diarrhea, and vomiting. They are also used on teething babies. Greta and Azarcon are both fine orange powders with lead content as high as 90%.

Ghasard, an Indian folk medicine, has also been found to contain lead. It is a brown powder used as a tonic.

Kajal (also known as kohl and surma), an eye care product used in parts of Africa and the Middle East, may contain high levels of lead.

Sindoor. Testing of the Swad brand sindoor product found that it contained very high levels of lead, sometimes as high as 87%.

You cannot tell if a food, candy, spice, medicine or cosmetic contains lead by looking at or tasting it. People selling these products may not know if the products contain lead. Consuming even small amounts of lead can be harmful and lead poisoning from these items can cause illness or death.

You only can tell for sure if certain foods, candies, spices, cosmetics, and traditional medicines or ceremonial powders contain lead by having them tested in a laboratory. It is best to avoid the use of products that may contain lead.

Get your child tested for lead exposure

Refugees and Other Newcomer Persons Resettled to the United States