The loss of a baby due to stillbirth remains a sad reality for many families and takes a serious toll on families’ health and well-being. Read Miranda’s story about the loss of her son Adrian through stillbirth. 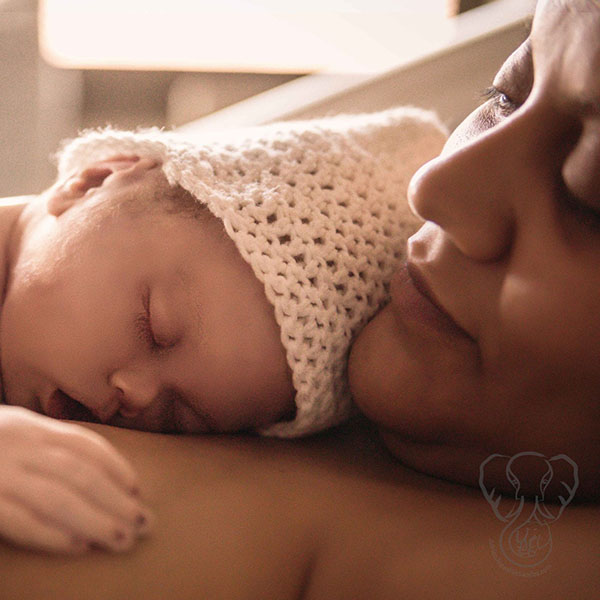 We had a fairly “textbook” pregnancy, only complicated by intense swelling in my ankles and some lower back pain. I started developing additional symptoms of preeclampsia (headache, nausea, pain in the upper stomach area, swelling of my face and hands) in my ninth month of pregnancy. But my symptoms were so minor that my healthcare providers did not make the connection to preeclampsia.

Talk to Your Healthcare Provider About Any Concerns You May Have!

You know your body best. If you experience something that seems unusual or is worrying you, don’t ignore it. If you’re pregnant or gave birth within the last year, it’s important to talk to your healthcare provider about anything that doesn’t feel right.

Visit CDC’s HEAR HER campaign website for resources for pregnant and postpartum women. .

I was 35 years old during my pregnancy. My providers recommended I be induced at 39 weeks pregnant due to my age. No one mentioned the risk of stillbirth, and none of my providers seemed concerned about my symptoms, so I declined the induction. I wanted my baby to come in his own time. The night before I hit my 41st week of pregnancy, I went to bed with my son actively kicking in my belly. By the time I woke up the following morning, he was dead.

I wish I had known stillbirth is as common as it is. I wish I had known that having multiple symptoms of preeclampsia was a big deal. I wish my providers had explained this to me or had been more concerned. But most of all, I wish more people talked about stillbirth. Stillbirth affects 1 in 160 pregnancies. That’s an enormous number. Stillbirth is so much more than the statistics; it’s a life-changing experience. My son should be here, and he isn’t. And that will affect me for the rest of my life.

CDC would like to thank Miranda for sharing her family’s story.